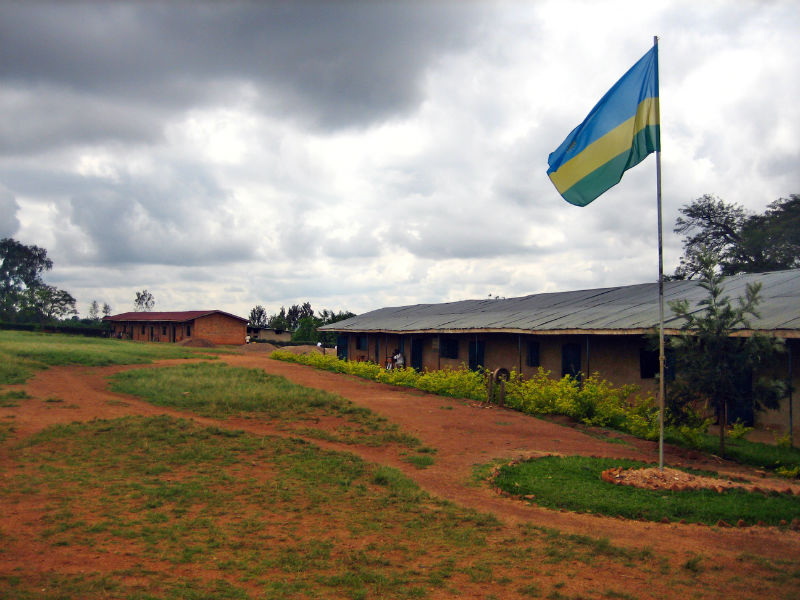 Kamabare is located in Rwanda’s Eastern Province. Although Rwanda is known as the Land of a Thousand Hills, the Eastern Province is much different than other provinces because it is flat and dry.

When you ride a bicycle on the dirt roads, you can see breathtaking views of valleys and mountains far away in Rwanda’s Southern Province. You pass mud-brick houses and see households- -men, women with babies strapped to their backs and able-bodied youth working hard to hoe their small plot of land.

Almost everyone in Kamabare village cultivates for a living. There is no electricity or running water in the village and the closest commercial center is about two hours away on foot. Beans and cassava are the two most commonly harvested crops. Yields are relatively small since the soil is not fertile and the region is prone to drought.

The headmaster and teaching staff work hard to sensitize parents on the importance of education. Most parents are illiterate and struggle to find enough money to buy clothes and school materials for their children. 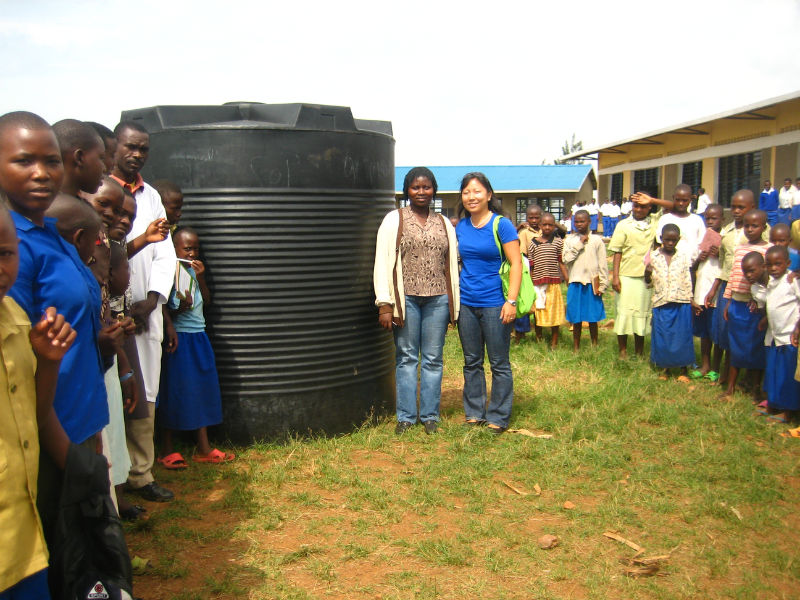 Parent-Teacher Association (PTA) attendance is low and the administration recognizes that educating parents must remain a high priority throughout every school year. The headmaster believes that creating and maintaining a healthy, positive atmosphere at the school will help convince parents that education is valuable.

The district is one of only two in Rwanda that receives food assistance from the World Food Program.

Most schools in the district have problems obtaining water for cleaning, cooking, and drinking. At Bugesera schools, where lunch is served three times a week, water is in high demand. The headmaster believes that an adequate water supply can improve hygiene at the school and would help supplement the feeding program.

Groupe Scolaire Kamabare received a 5,000 L tank from another NGO operating in the area. The tank sits empty in the middle of the school grounds because there is no money to buy installation parts, build a cement stand, and pay labor costs.

The school currently buys water. Using the tank would reduce the school’s water burden and would save time and energy, as fetching water would be easier and closer, with the tank situated directly in the center of the school’s grounds.

The school normally receives capitation money three times a year from the Ministry of Education but there have been several delays this year and most districts in Rwanda have only received one installment (in the first term, January-March). Schools in three sectors in the Bugesera district received tanks but most schools lack money for the installation.

Project Description
This project is to construct an adequate rainwater capture and storage system at the school. It will utilize the existing tank and the gutters that are already installed on one classroom block.

Project funds will be used to buy needed installation parts, build a support stand, pay for transport of materials, and pay labor costs.

Project Impact
1,186 people will benefit from this project, including 901 Primary students (P1-P6), 258 Secondary students (S1-S3), and 27 teachers and administrators.

Comments
Having a functional rainwater capture system and storage tank ready for use before the end of the rainy season will greatly help the school get off to a strong start with a full tank when the new school year begins in January.

$0.00 – This project has been fully funded, through the generosity of CannedWater4Kids.

We encourage others to continue to donate using the Donate button below, and we will notify Peace Corps Volunteer Kelly Miller of your donation. Additional funds will be used to fund the next project by Kelly and/or those other PCVs in the country of service.