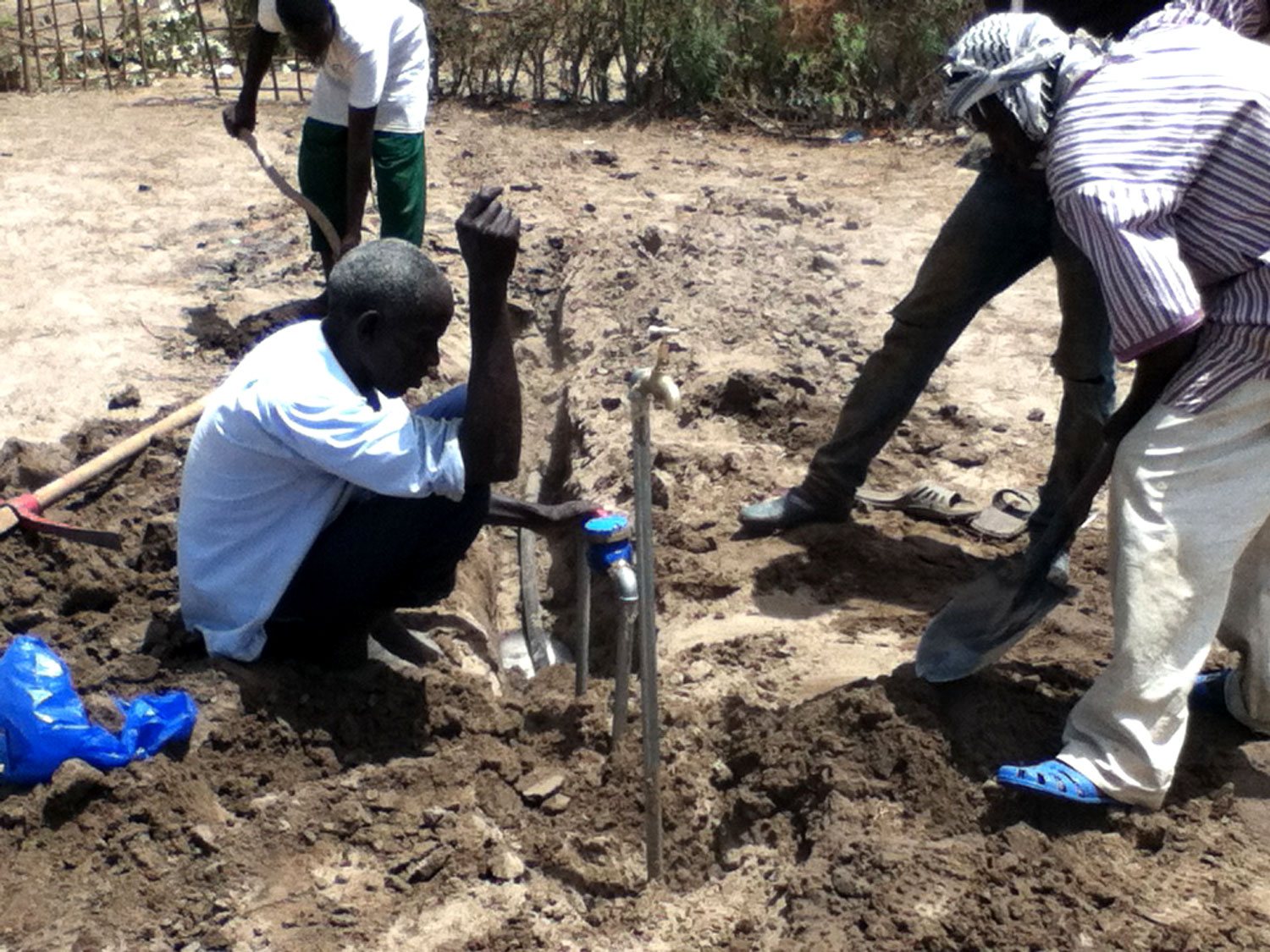 The project was to provide a water system to allow the use of idle land in the community for growth.

Keur Daouda Cisse farmers now have water in their fields, and are hoping to see cashew and mango production take off.

I documented the work done by villagers and a water pipe technician hired to dig a two-foot trench from a water pipe sourcing a nearby village water tower, and a strategic site benefitting four adjacent fields, some 300+ meters away. As income allows, more farmers are expected to add piping from the new site, extending the benefit of running water to an even wider number of village fruit tree growers. 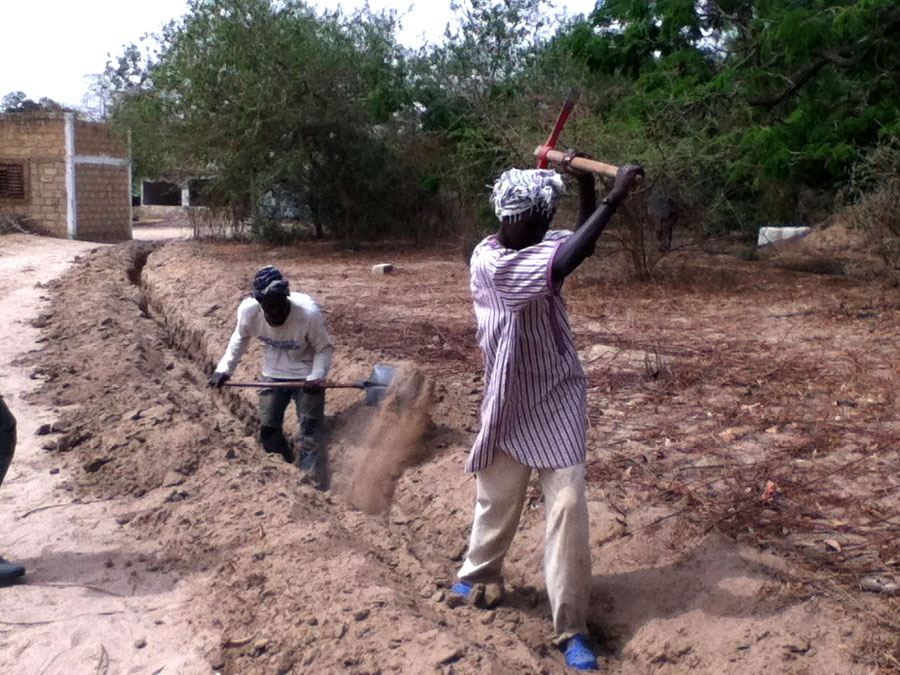 Cashew and mango production are practiced moderately in the village, as they are the only cash crop outside of peanuts from which villagers can glean a small profit. Cashews, however, are expected to see a rise in trade value both nationally and internationally, and farmers are being encouraged to cultivate the fruit trees. (Cashews are a fruit, enjoyed by humans, as well as horses, goats and sheep. The “nut,” removed and roasted, hangs underneath the fruit.)

Keur Daouda Cisse’s farmers, however, have had little to moderate success growing trees and crops in village, as its earth is mostly parched sand, and its fields slanted causing extreme run-off when it does rain (July and August, at best). The ability they now have to water their young trees will greatly enhance the likelihood of well-developed, productive trees, and these farmers feel like they now have a chance of generating some kind of income from their efforts. They have been tending newly planted mango and cashew nurseries in anticipation of extensive new out-planting in light of this gift of water access.

On July 12th, after several days of digging, the trench had reached its destination. The PVC piping was in place, each of its junctions made by pushing the red-hot end of a pik into through the plastic pipe, which was then clamped, sealed and checked. At its end point, a metal T-pipe now produced a brass spigot and a big blue gauge. (A fee will be charged by the water tower, to be split among all users.)

The trench had been filled in and the team stood around and beamed. The youngest in the group, 7-year old Ahmet, turned on the spigot which splashed heartily on everybody’s sandals. He took a long drink. All hands rose toward the sky in celebration.

Soon thereafter, they returned home to await their 10 pm dinner. It’s the month of Ramadan here in Senegal, and there is no eating or drinking during daylight hours. All of these folks’ work was done in the heat of the day without food or water. But they had not complained. In fact, they were thanking Water Charity that they could do it at all. 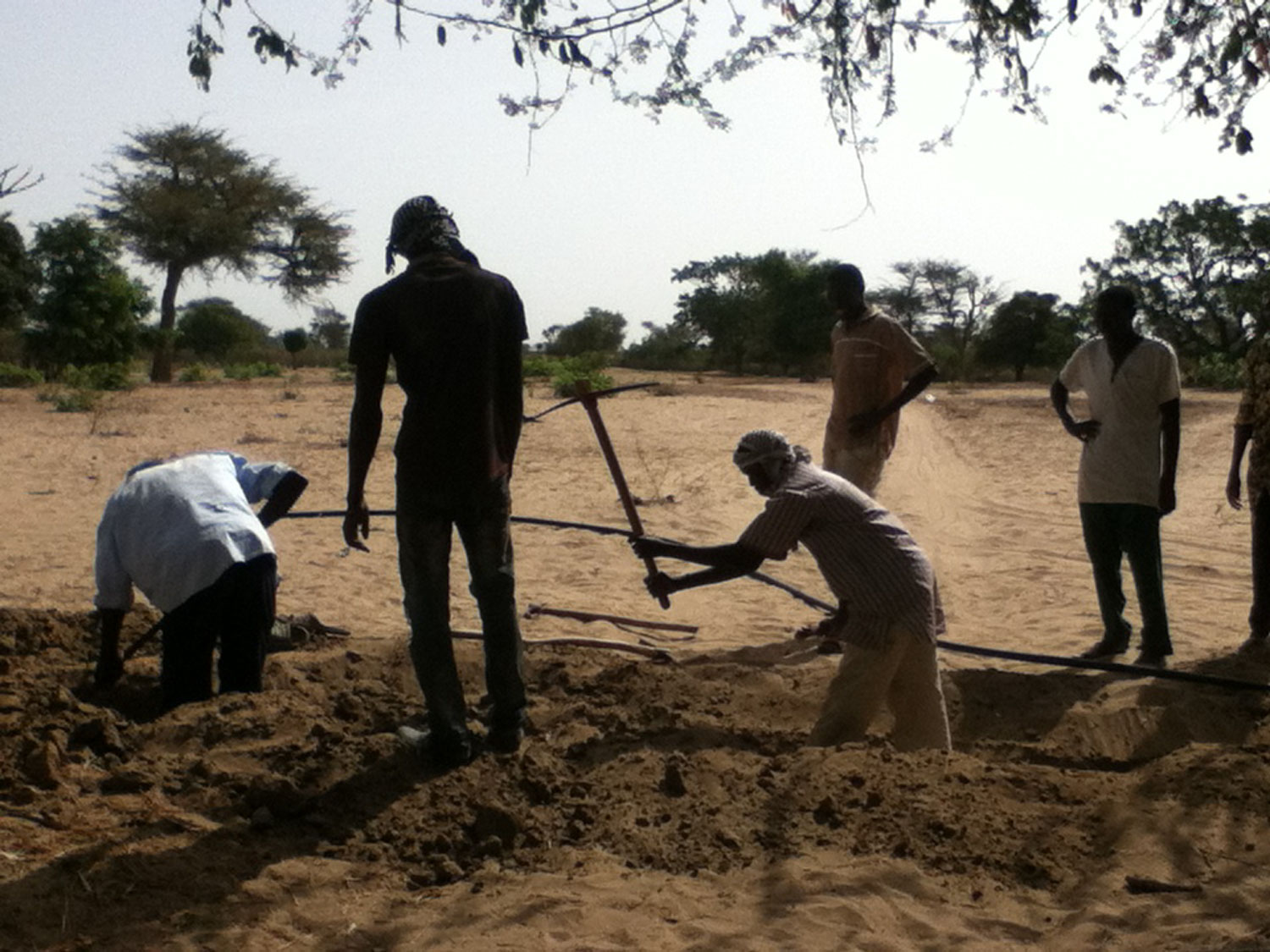 We at Water Charity are grateful to Karen for successfully completing this project. We had the honor of being welcomed in the village and shown the potential project when it was in its conceptual stage. It is indeed a thrill to see it completed within 2 months from that time!