This project has been completed under the direction of Peace Corps Volunteer Patricia Dalinis.

The project was to replace the water filters, sinks, and pipes at Haivoron School #2.

When the director at Haivoron School #2 approached me about doing a water project, we agreed to replace some of the sinks at our school that children and faculty would often drink from. The sinks were cracked and broken, the faucets were rusted, and the fittings were molding. We also agreed to replace some faulty piping as well as purchase a new water filter to provide cleaner drinking water for the over two hundred people attending School #2 daily. 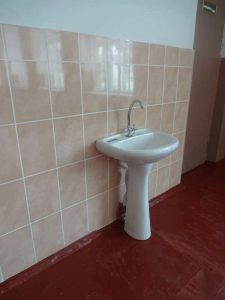 The funds that Water Charity provided us were used to purchase four sinks, as well as faucets, fittings, replacement piping, and tiles. Originally, we had intended to purchase five sinks, but once starting the project, it became clear that we would need to replace more piping and also the tile around some of the sinks. My director and I decided to allocate the funds and save one sink that was in better shape. We were also able to add on a large pipeline that allowed water to be more easily accessible through the kitchen area.

Purchasing the water filter proved more difficult, as we had issues raising funds. Also, the director of my school changed, so it was difficult to prioritize this project while the new director acclimated to the school. Luckily, over time, we were able to raise the fund and purchase the filter.

It was installed just before all Volunteers were evacuated from Ukraine due to safety concerns. I was very grateful for the chance to see the project completed.

The project was a huge help for the people at school. The students were able to get cleaner drinking water, and the extra pipe that allowed water to flow into the cafeteria area made a huge difference to the two lunch ladies who worked there. Now, they are able to cook lunch for the children and clean dishes more effectively. The new sinks are safer to drink from as well.

Overall, though there were complications and delays, the project was a success that Haivoron School #2 can reap the benefits from for years to come.

We are grateful to Patricia for completing this project despite the adversity. 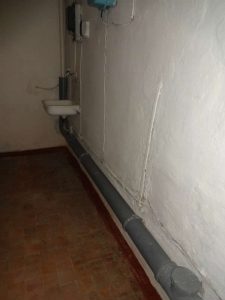 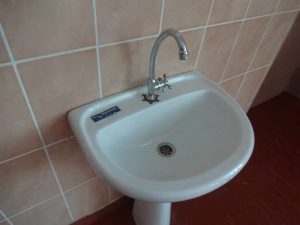 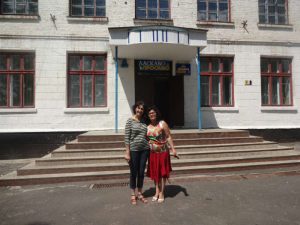 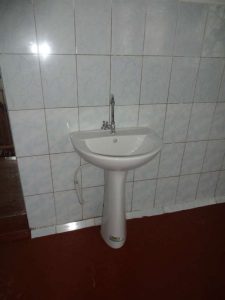