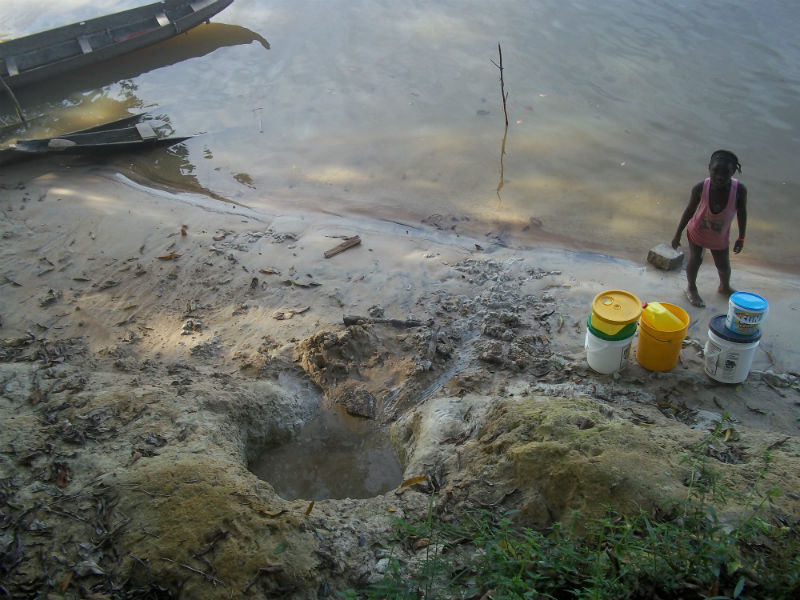 Community Description
Bendikwai is a small Sarramaccan village, on the Upper Suriname River in the rainforest of Suriname, consisting of 100 to 120 permanent and semi-permanent residents (about half of which are children).

Income in Bendikwai is generated through agricultural activities. Other sources of income include hunting and woodcarving. Many people only have enough money for food, clothing, shelter, and sending children to school.

The community currently has limited amenities and is especially limited in clean drinking and cooking water sources year round. Drinking contaminated water causes waterborne illnesses such as giardia and diarrhea in the community. The illnesses are common, and are especially rough on community members during the 4-month dry season (September, October, November, and December). In addition, they are costly because work and school days are lost.

Project Description
This project is to provide every man, woman, and child in Bendikwai with a sustainable source of clean drinking and cooking water year round through the harvesting of rainwater and storage in tanks.

The project will be implemented under the direction of the Bendikwai Water Committee, consisting of two men and two women who are active in the community, in collaboration with Peace Corps Volunteer Caroline Horlacher.

The project will consist of 45 400-gallon durotanks for water storage, each with an accompanying system for capture of rainwater. The installations will be placed around the village according to population.

Each 400-gallon tank will allow two people each to drink or cook with 4.5 liters of water per person per day during the 120-day dry season. The water will not require purification. 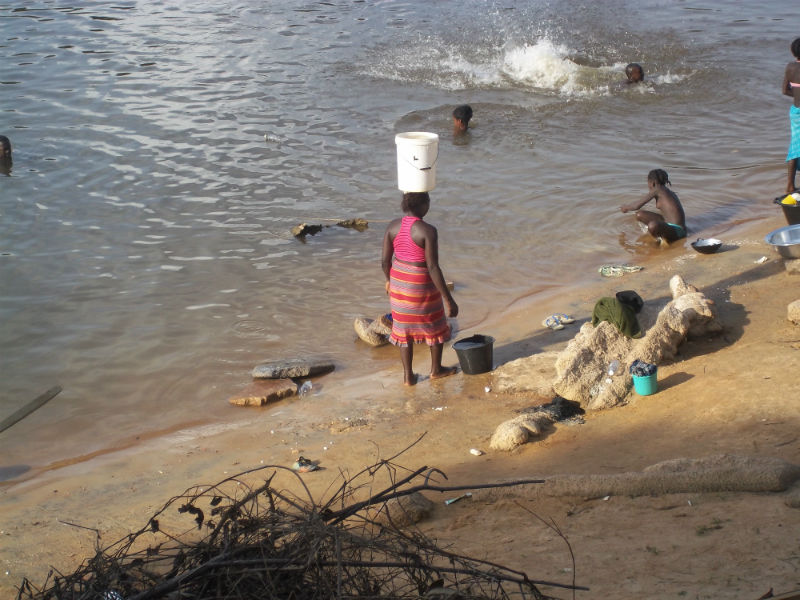 Each installation will consist of a cement stand upon which the tank is placed, together with a small zinc-covered structure, gutters, and piping to capture runoff.

Project funds will be used for the purchase of the tanks and materials, including zinc, hardware, and cement. They will also pay for transport from the capital of Paramaribo.

Trainings will be conducted by Caroline, in coordination with the committee members, to ensure sustainability. They will consist of water and sanitation hygiene, water conservation, and maintenance of the installations.

Comments
The project is essential for the community to have safe and readily accessible water available during the dry season, and to reduce the incidence of waterborne illness.

Funding
Water Charity is participating in this large effort in cooperation with the Peace Corps Partnership Program.

The Water Charity participation in this project to date has been fully funded through the generosity of the Paul Bechtner Foundation.

We are still seeking additional donations to increase the scope and reach of the project.

In the event sufficient funds are not donated to accomplish the entire project objective, the project will be scaled down to a number of installations in conformance with the funds raised.

Any contributions in excess of the amount of the project will be allocated to other projects directed by Caroline and/or projects of other PCVs in Suriname.