We are pleased to announce that the 2009 Water Charity Humanitarian Award for Filmmaking will be given to Jim Thebaut in recognition of his lifetime achievement in the production of documentary films that advance the causes of humanity.

This is the tenth year of LAFF. It is known as an intimate high-quality event, and is a favorite among filmmakers and fans alike. 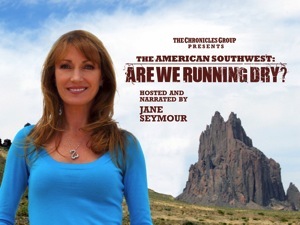 The festival will be kicked off with a showing of “The American Southwest: Are We Running Dry?” on Thursday, April 2, 2009 at noon. Jim will take part in a question & answer session immediately following the screening.

The award will be presented by Averill Strasser, COO of Water
Charity on Friday, April 3, 2009, at the Banquet in the Grand Ballroom of the Resort.

This year, in addition to the live festival, LAFF produced an online film festival, the Lake Arrowhead Film Festival Online (LAFFO). LAFFO was open to films in the categories of Dramatic Short Films, Documentary Short Films, and Animated Short Films.

As president of The Chronicles Group, a Los Angeles-based nonprofit 501(c)(3) public information and education film production company, Thebaut is dedicated to providing visual and education records for the general viewing public about profound issues facing the 21st century.

Thebaut strives to educate and entertain diversified audiences through his films and public speaking. Throughout his career, Thebaut has written, produced, and directed an array of prominent socially significant productions accompanied by gripping on-camera interviews for most of his documentary projects.

In addition to “Running Dry” and “The American Southwest: Are We Running Dry?” Thebaut co-wrote, produced, directed and co-executive produced the historical documentary feature film, “The Cold War and Beyond” (2003), about events and decisions leading to arms race escalation and development of nuclear warheads, chemical and biological weapons – particularly relevant in the post 9-11 world.

Jim Thebaut served as Executive Producer of the acclaimed Cable Ace Award nominated documentary for HBO, ”The Iceman Tapes: Conversations with a Killer” (1992) which featured interview with Richard Kuklinski, known as “The Iceman” at Trenton State Prison, NJ.

Thebaut wrote, produced and directed the highly regarded documentary “Execution at Midnight” (1993) that featured personal interviews with seven death row inmates for the Arts and Entertainment Network (A & E). He also wrote, produced and directed the film documentary, “Bad Cops (1994) that featured personal interviews with rogue policemen for A & E.

He served as Executive Producer of the CBS television dramatic special “A Deadly Business,” starring Alan Arkin and Armand Assante which exposed organized crime’s involvement in the toxic waste business.

Thebaut has created and developed “The Dirty Little Secret,” about sexual abuse of female children (10 on-camera interviews have been conducted with survivors). He recently created a 17-minute presentation video for the project. Jane Seymour provides the powerful narration.

Thebaut earned degrees from the University of Washington, UCLA and San Francisco State University; he is a landscape architect who worked as an environmental planner, who created hundreds of impact statements, planning and energy studies, and who analyzed environmental influences in the Pacific Northwest — before turning to a career in filmmaking and inevitably — informed films about the water crisis that cut across the political spectrum.

Jim Thebaut is currently at work on a film about the relationship between the global water crisis and international security.

In addition, he has launched a new agenda for the Running Dry Project, to raise awareness and encourage a national discussion on the dire water conditions in South Africa, the United States, and beyond, and hopes to raise $5 million for the cause.