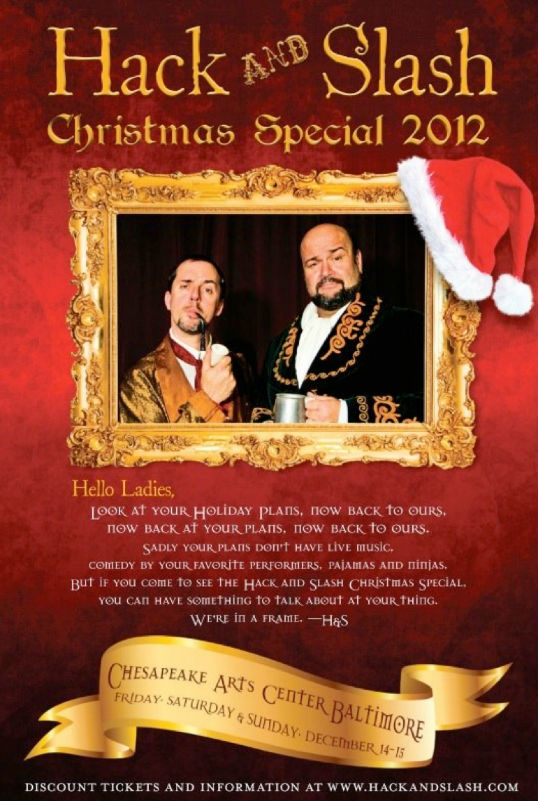 It’s that time of year again. Hack and Slash Christmas Special is Baltimore’s most popular Christmas comedy event. This year’s show celebrates their 20th anniversary, and promises to be more entertaining than ever. The show is set in the theme of a grand movie premiere, with the live stage show taking the form of a classic holiday movie.

The show will run Friday, Saturday, and Sunday, December 14-16, 2012, at the Chesapeake Arts Center, Baltimore, MD.

Hack & Slash, in the generosity of the season, have committed to sponsoring four Water Charity Projects:

We are grateful for their continued support, and for their acknowledgement of the Water Charity mission to provide water and sanitation to all those in need all over the world.