This Malawi Program is a component of the East Africa Water and Sanitation Program, and is made possible through the partnership of WATER CHARITY and the National Peace Corps Association. 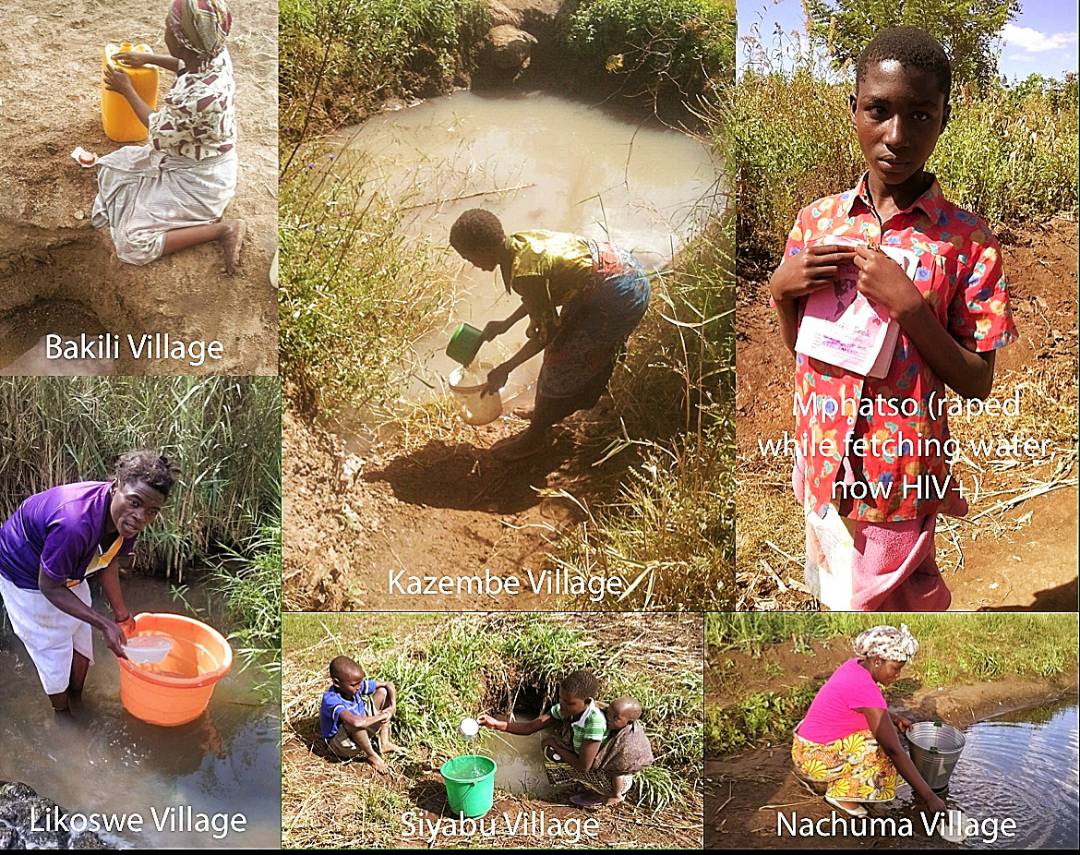 Malawi has suffered through a terrible and unprecedented drought that has made life very hard for the people there. Many rural villages were forced to trek long distance to gather meager water supplies from sources unfit for human consumption. This program has been enacted to cobat this tragic situation, and has been emminently successful.

In concert with our friends at Village X, Water Charity embarked on a program to provide wells to 7 villages in Malawi. At this point, we have done 10 projects so far, and intend to keep doing more! You can use the donate widgets below to allocate funds specifically for this program.

Each well project has its own project page, links to which can be found at the bottom of the page.  The conclusion pages to each project are linked to their project pages.

Check out this video to get a better idea of the situation in Malawi, and what Water Charity & Village X are doing about it:

Village X is a Malawi aid organization run by RPCV Michael Buckler, with whom Water Charity has worked on projects in the past. Malawi Country Rep, Myson Jambo, went out to visit villages within the Village X network that had identified a serious water/sanitation problem. Many of these communities are in dire need of clean water. Like Mlenga Village used to (the first  well/ pilot of this program, already completed) prior to March 2015, they fetch water from streams and shallow holes in the ground. Community members suffer from inordinate rates of waterborne illness and women (the primary water fetchers) have been subjected to domestic abuse, rape and, in one case, even death from drowning in a flooded river, because of commutes to and from polluted water sources. 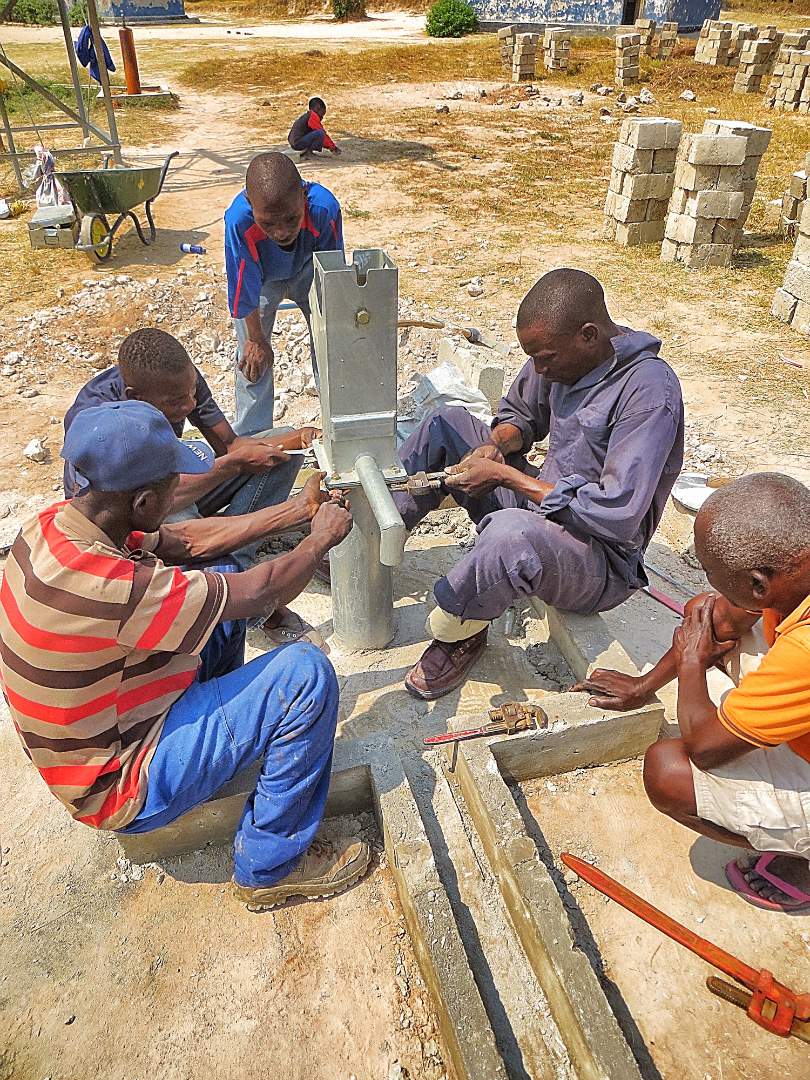 Myson has found a number of communities in need of a new borehole installation, spanning three districts and 225 square miles in the Upper Shire Highlands of Southern Malawi (see map) — Siyabu, Nachuma, Likoswe, Kazembe, Bakili and Mwanga. We have been making boreholes in them one by one. Now, in all, the boreholes have benefited nearly 10,000 people, mostly sustenance farmers and their families living in areas far from government services and significant NGO assistance. All of the original projects have been completed, and many villages have access to clean drinking water for the first time!

Not only have we finished the original 7 village wells successfully and continue to do new wells in new villages, we have enacted a Training Program to increase the number of trained borehole drillers in the region. Many of the wells being done in the region now are made possible by this effort, even if they are not specifically Water Charity projects.  You can find an updated list of projects at the bottom of this page, below you can see the original outline of the program when we started it. Please take the time to click through to the individual projects and their conclusions to see the true scope of this important work!

See above. Click on the map to expand it, or click here. Each village is marked on the map, and main roads (dirt and asphalt) are shown in yellow.

Siyabu Village, Zomba District, Malawi. Siyabu is a typical rural Malawian village without running water or electricity, located along a dirt road, about a two-hour walk from the city of Zomba. Linesi Masala, a mother of two and resident of Siyabu, was abused by her husband for taking too long to retrieve water from a shallow well, where wait times were very long. He accused her of using that time to sleep with other men. Her husband subsequently died of dysentery. Approximately five couples in Siyabu have divorced over this issue.

Nachuma Village, Zomba District, Malawi. Nachuma is a typical rural Malawian village without running water or electricity, located along a dirt road, about a two-hour walk from the city of Zomba. Nachuma, an usually large village (two to three times larger than other Village X partner villages), has one operational borehole, built in 1993, that frequently has maintenance problems. Most of the village doesn’t use this borehole due to long walking distances. Frola Nachuma, a mother of three and Nachuma resident, was stripped naked by her husband and tied to a pole in the village market. He was angry that she fetched water from a shallow well near their home instead of walking long distances to and from the village’s sole borehole. Her husband has since fled the village.

Likoswe Village, Chiradzulu District, Malawi. Likoswe is a typical rural Malawian village without running water or electricity, located about a twenty-minute walk from a rural stretch of paved road, connecting Blantyre and Mulanje. A 13-year-old girl in Likoswe, Mphatso, was recently raped by a man from an adjacent village, while fetching water from a stream. She now has HIV.

Kazembe Village, Mulanje District, Malawi. Kazembe is a typical rural Malawian village without running water or electricity, located along a dirt road, a great distance from any paved road or urban area. Kazembe residents fetch water from the Nalada River. Consequently, infant morality rates are high and, on average, 4 cases of cholera are diagnosed in Kazembe each month.

Bakili Village, Mulanje District, Malawi. Bakili is a typical rural Malawian village without running water or electricity, located along a dirt road, a great distance from any paved road or urban area. Bakili lost a 14-year-old girl who went to fetch water from the local river and presumably drowned. Her body has not been recovered.

Mwanga Village, Phalombe District, Malawi. Located along a rural stretch of paved road that connects the cities of Zomba and Phalombe, the commercial center of Mwanga has electricity, but many households lack it. In Mwanga, women often ask their husbands to fetch water using their bicycles, from a borehole located far from the village. The men usually resist, leaving wives with no choice except fetching water from nearby, unsanitary sources.

There is no clean water accessible for residents of the villages (except Nachuma, a huge village with one borehole for 1487 people, located far from where most of them live). This leads to illness and, in some cases, death, particularly among children under the age of 5. Residents currently fetch water for drinking and cooking from dirty shallow wells or waterways like streams or rivers. Women, in particular, are vulnerable in the absence of clean, nearby water sources. As described above, in our partner villages, women fetching water from sometimes distant, unsanitary sources have experienced domestic abuse for taking too long (husbands suspect infidelity), rape (when women venture into remote areas), and death from drowning in flooded rivers during the rainy season. 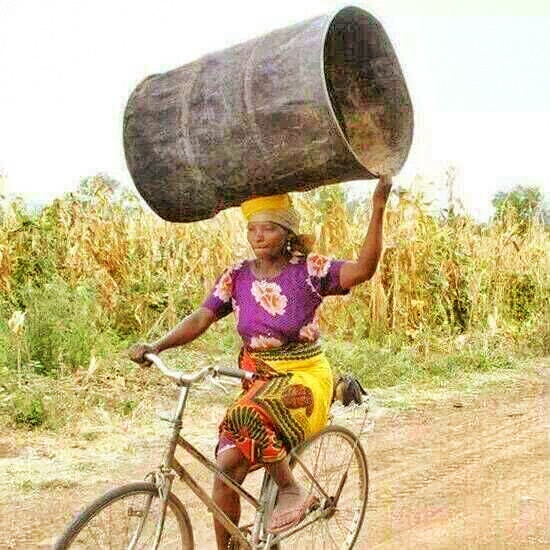 These projects involve building boreholes. Borehole locations were chosen by village project committees, acting on behalf of entire villages. All sites are in publicly accessible places. Construction of all boreholes will be done by EZ Borehole Drillers, a company located in Blantyre, with substantial experience in the area, including the Mlenga borehole funded by Water Charity in February 2015. The installations will take three days to complete. It is expected that water will be reached at about 45 meters, but the wells will be drilled to depths of about 60 meters. Before drilling, a hydro-geographical assessment using electrical measurements will be conducted to find the depth of the underlying aquifer. The boreholes will be guaranteed for one year by EZ Borehole Drillers. The Mlenga borehole is functioning well, with no reported breakdowns or complaints. Above ground, the boreholes will include a standard metal pump mechanism, a cement foundation to protect the pump mechanism, a cement spillway to direct water into a nearby vegetable garden, and a clothes washing station. Water Charity funds will be used to pay for the skilled labor as well as for the materials that cannot be found locally, such as piping, fixtures and fittings, and concrete. Communities will contribute volunteer labor, materials, including bricks and sand, and about $400 in cash. 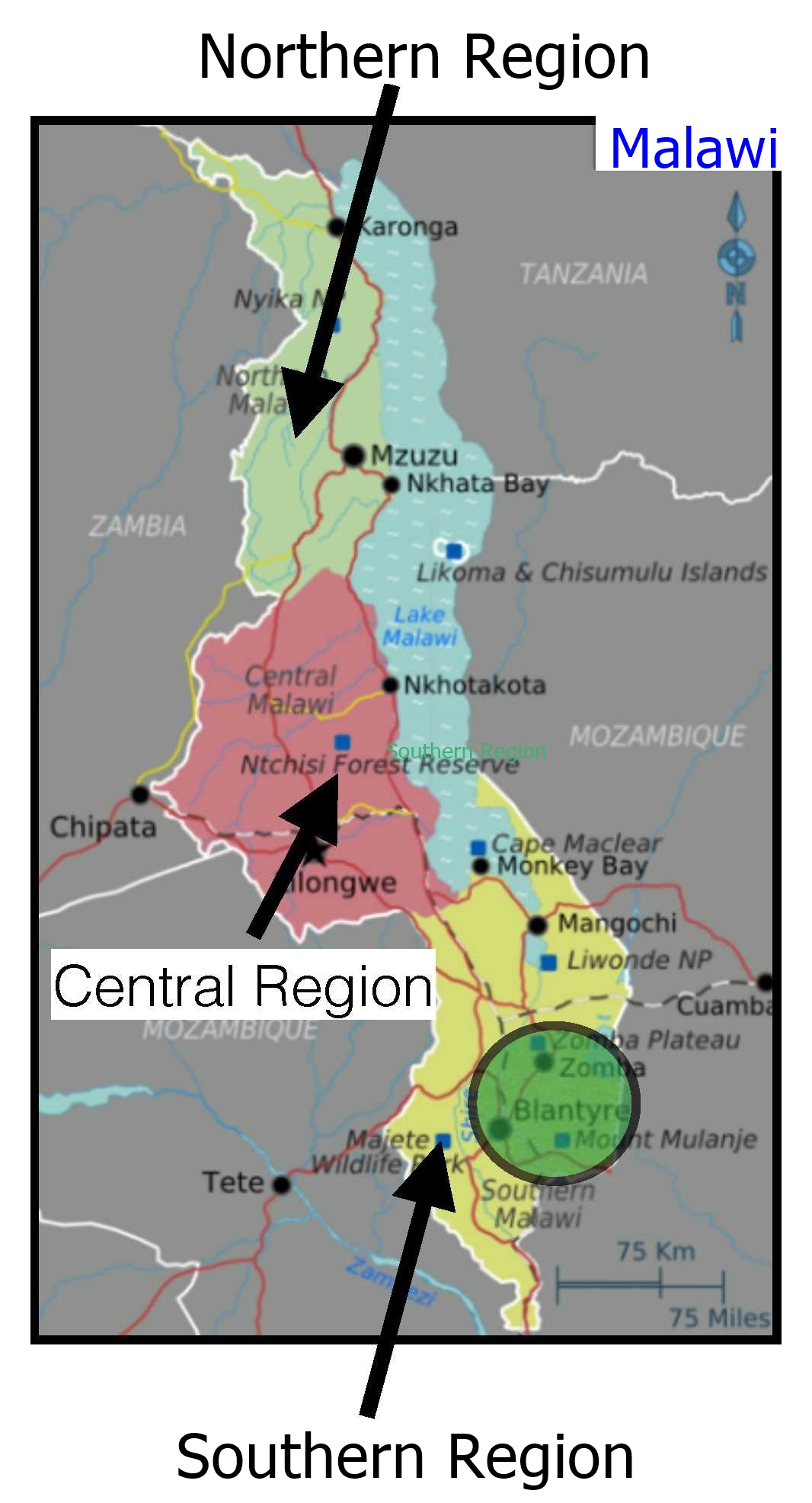 EZ Borehole Drillers will conduct 2 days of community-based management training per borehole. Trainees will include village chiefs and members of two borehole management committees, a technical committee (responsible for upkeep and maintenance) and a sanitation committee (charged with keeping the borehole tidy and planting a vegetable garden that utilizes excess water from the well). The technical committees will collect a maintenance fee of 100 MK (about 20 cents) per month per household to ensure that there are sufficient funds to adequately maintain the facility and repair it when needed. These are important infrastructure projects that will improve the health and wellbeing of the communities. They are well planned, with strong management and fiscal safeguards in place. They incorporate elements of oversight and buy-in by the residents to make them sustainable into the future.

$8,000 per project ($56,000 for all seven)  Although these wells have been funded by an anonymous donor, further donations will go for additional wells. We are currently raising funds for wells 11 – 20, so donate generously!

EZ Borehole Drillers has already completed half of these wells, with plans to complete these projects in the Southern Region before traveling with their equipment for an extended trip to the Northern Region.  We have also now started our Malawi Borehole Training Program as a subprogram of this one, with the goal of having this team train 2 other teams to operate in other regions of Malawi… The end result will be that we will have 3 teams operating all over Malawi soon, and, thus, be able to do 3 wells at a time!

2015 in Review: All 7 of the original borehole projects were successfully completed!  Water Charity & Village X validated and improved the model for this program in 2015. We demonstrated donor demand for direct giving and the capacity (time, intellect, know how) of local people to accomplish development faster, better, cheaper, and more transparently.  Communities contributed cash, labor and materials, and project costs were based on local prices. Consequently, this program had up to 8 times more charitable impact per dollar than status quo NGOs. 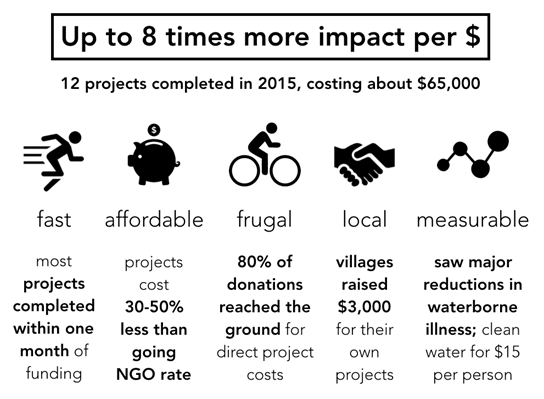 2016 and Beyond:  Water Charity & Village X continue to assess water conditions in rural areas and have continued to create new boreholes for villages in need. The campaign has been very successful, and we even started a Borehole Training Program to increase the number of people trained in making boreholes there. The “ripple effect” from this (more villages getting wells and less time waiting) is just one of the happy side effects of this work. We are happy to say that improved health, and substantially less time spent collecting water from unimproved (often dangerous) sources, has led to increased productivity and improved well being. We hope to continue replicating this success until all villages in need are served.

More data on this successful program! 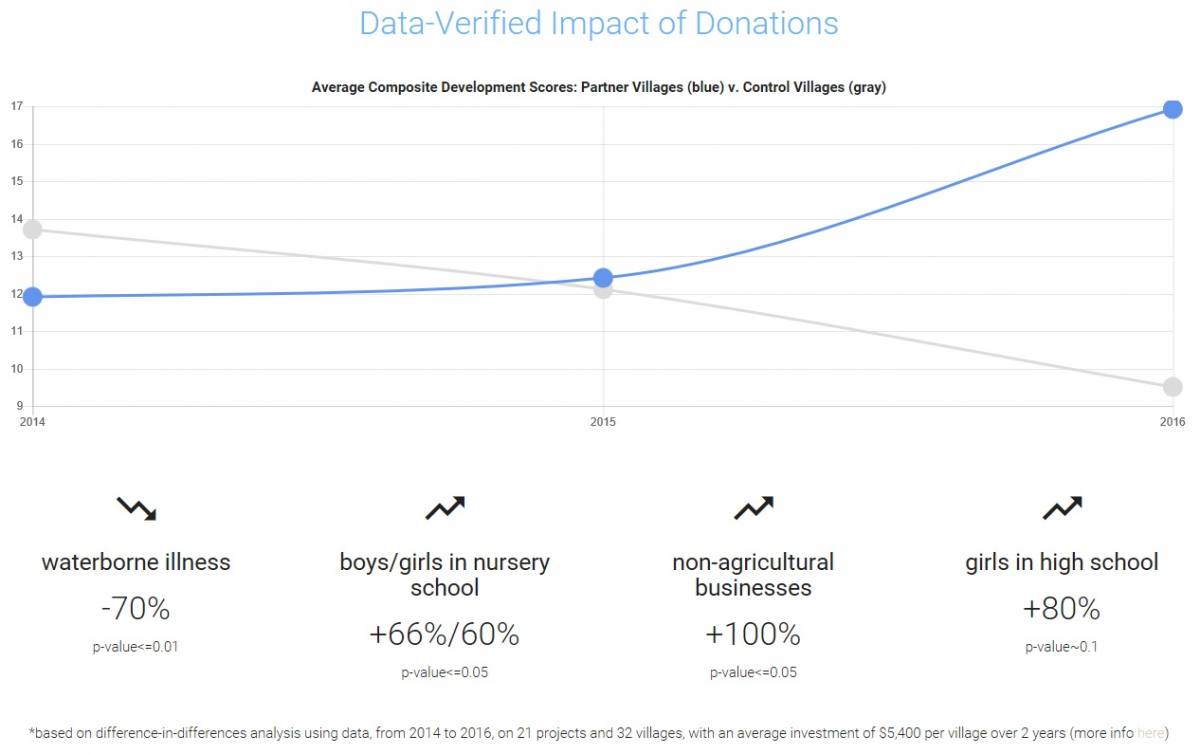 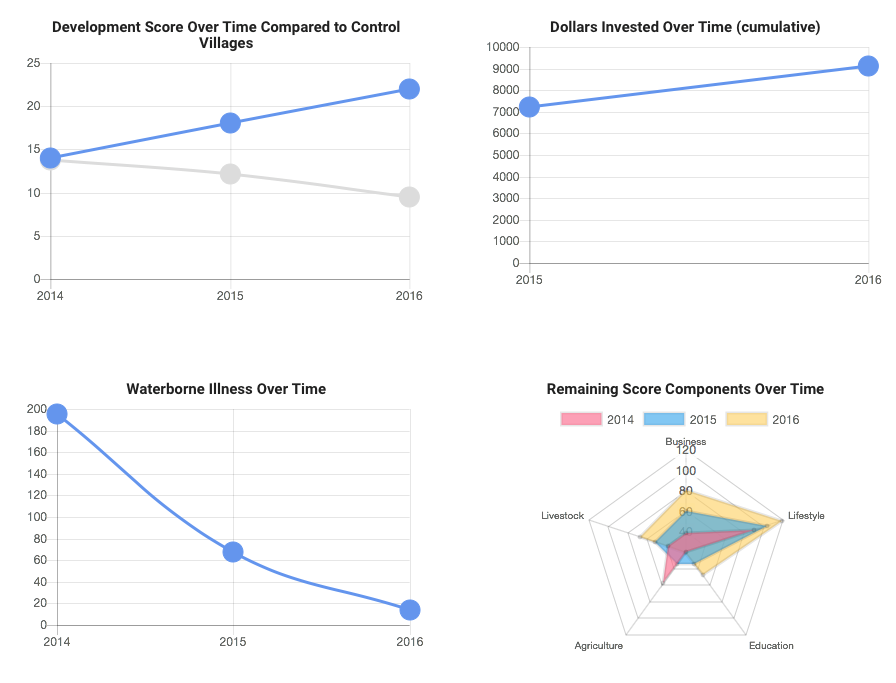 Please consider supporting this work by using the donate widget below:

Or via PayPal if you prefer: 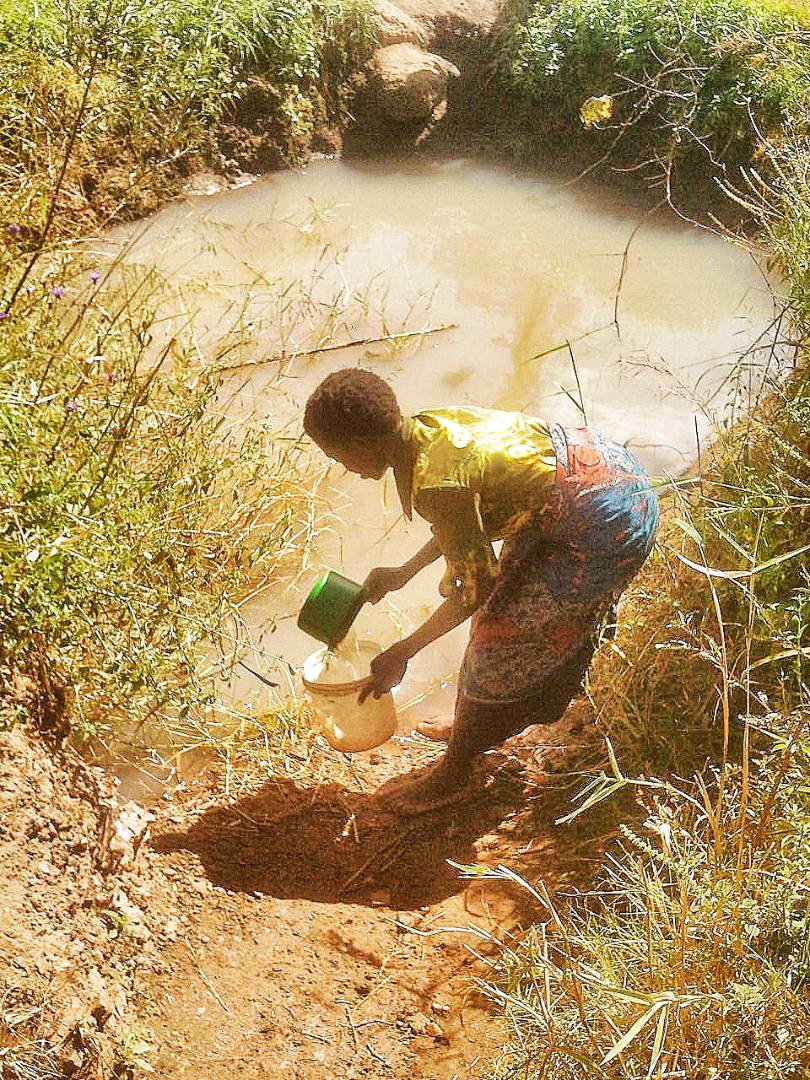 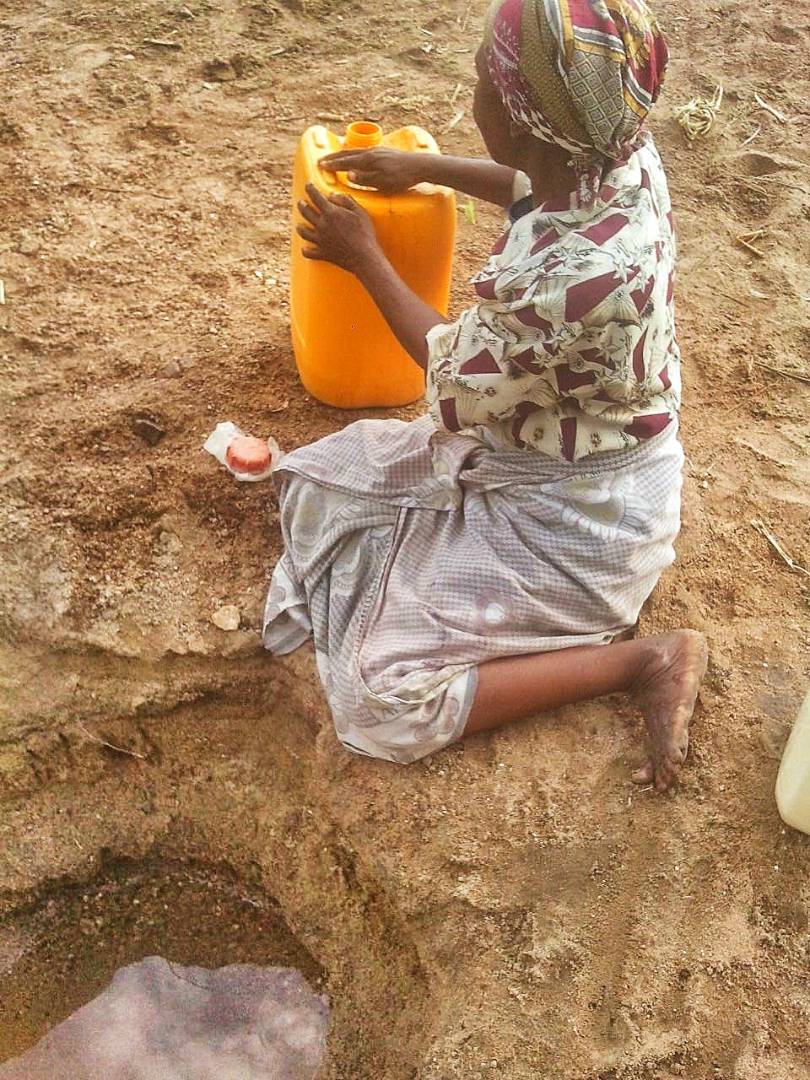