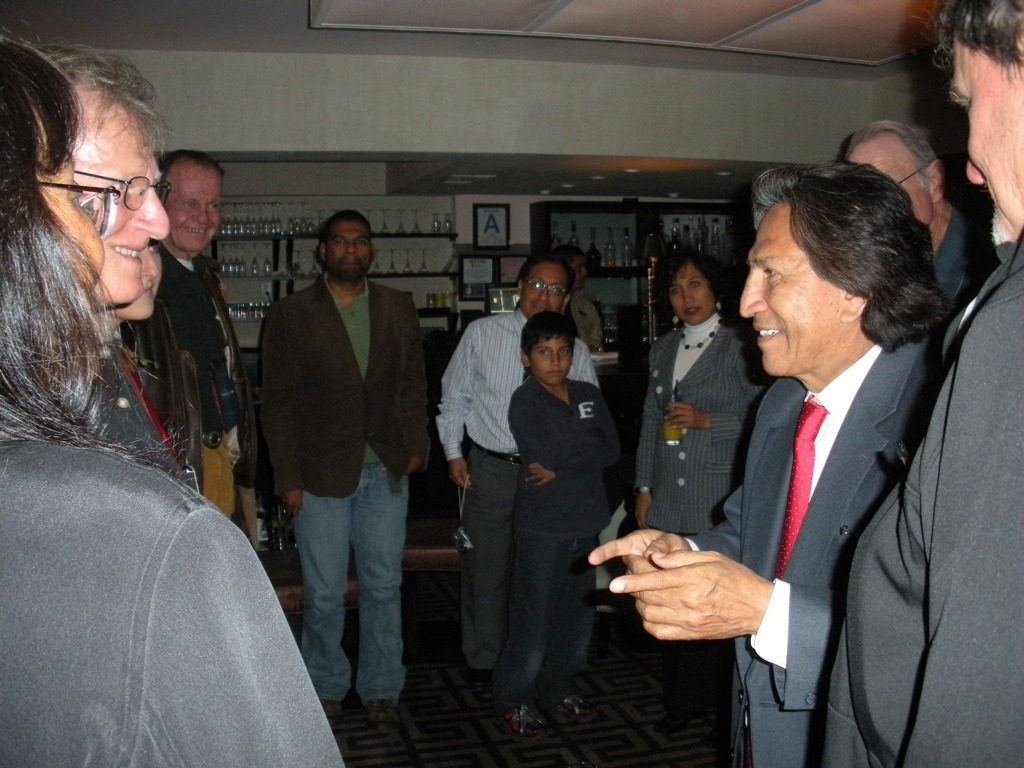 On December 2, 2008, Jacqueline Chan and Averill Strasser had the opportunity to speak with Dr. Alejandro Toledo, former President of Peru, about the work of Water Charity. Dr. Toledo was the democratically elected President of Peru from 2001 to 2006. He has not denied reports that he may again run for the Presidency in 2011.

Dr. Toledo was in Los Angeles on a leg of a 30-day speaking tour. He is a Goodwill Ambassador of the More Peace Corps Campaign, an initiative of the National Peace Corps Association, to double the present size of the Peace Corps, and improve its quality. He invited a number of former Peace Corps Volunteers who had served in Peru and Bolivia to meet with him informally at his hotel to discuss vital issues. 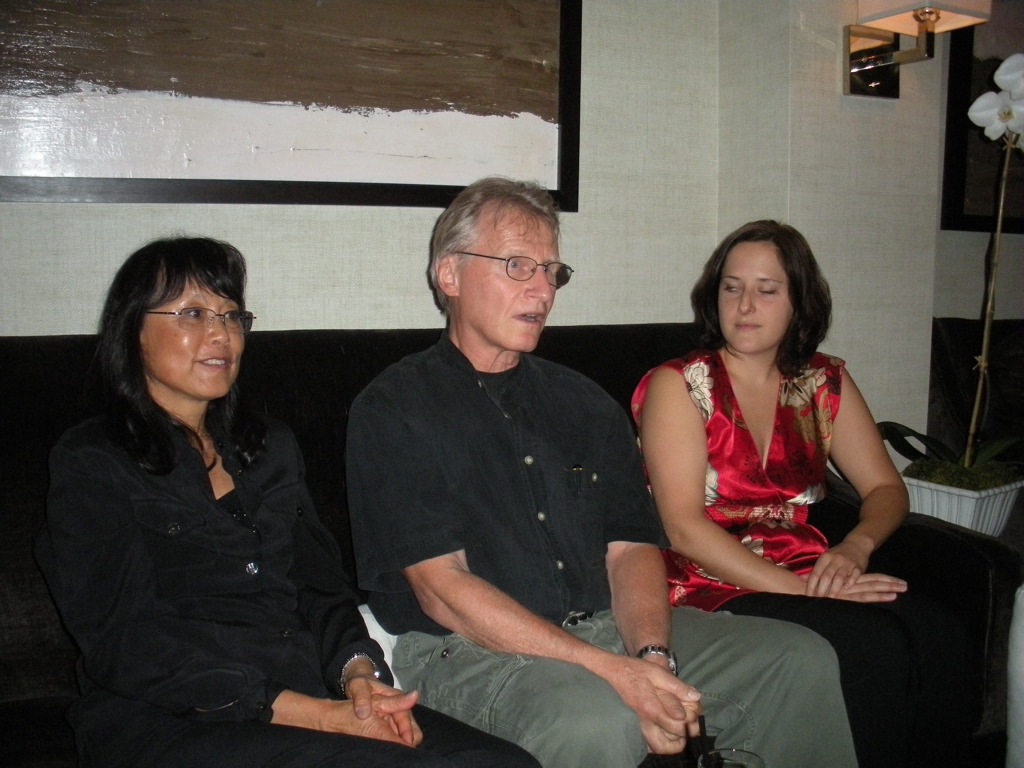 We told Dr. Toledo about our ongoing projects, as well as the new water and sanitation projects we are developing for implementation in Peru.

The rise of Dr. Toledo to the Presidency of Peru is an unbelievable story. As a child, he worked as a shoe shine boy in Chimbote, Peru. A chance encounter with two Peace Corps Volunteers led to access to education. He went on to receive two

Masters Degrees, and a PhD. in Economics of Human Resources, from Stanford University.

Dr. Toledo worked for the World Bank, the Inter-Amercian Development Bank, and the United Nations. In 2001, after developing a broad democratic coalition, he was elected President, the first indigenous person to hold that office in Peru.

Earlier that day, we attended a talk by Dr. Toledo at UCLA entitled “The Global Financial Crisis and the Fight Against Poverty”. Dr. Toledo addressed the battle against poverty, inequality, and exclusion, through health and educational investment, topics upon which he focused during his presidency.

During his presidency, the Peruvian economy grew at an average rate of 6%, making it one of the fastest growing economies in Latin America. However, poverty reduction is necessary for sustainable economic growth. “If we don’t reduce today’s level of poverty, we will cause political instability,” he said.

He noted that economic growth alone is not enough. Ways must be found to benefit all segments of society. He specifically focused on the issues of clean water, electricity, health, and jobs, as necessary to bring the people out of poverty. “We need to invest in the minds of the people, and afford absolute human rights to all segments,” he stated.

He concluded by urging the audience, largely composed of UCLA students studying International Affairs, and many originally from Latin America, to return to their countries with their new educations, and join the fight for equal opportunities for all.