Water Charity began with the premise of doing water and sanitation projects that were easy to implement and had high impact. Most new organizations begin this way, as they are able to build up a string of successes quickly. But what about the hard projects in difficult places? Who does those?

The ongoing conflict in Durfur has created a humanitarian crisis, regarded by some as one of the worst in history. Hundreds of people are dying daily due to lack of safe water. To make matters worse, the water shortages feed the conflict, as fighting erupts over limited resources. 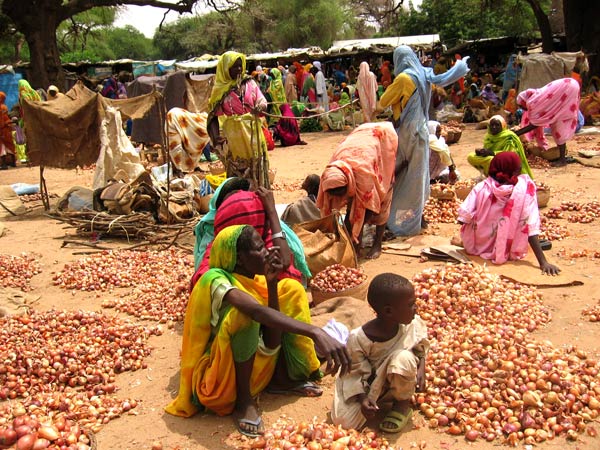 Many refugees have been forced to locate in camps where some emergency aid is afforded. Although basic, the camps provide some protection against the various militias that operate in the region. However unprecedented concentrations of population have caused great localized demand for resources.

Nevertheless, relief for the camps is the quickest way to save the most lives, as centralized services afford economies of scale. Every relief effort has to start here.

Those that remain in the villages are faced with acute shortages of potable water. Where it exists, it is often polluted. Many wells, have become unusable, and need to be rehabilitated.

Often, new wells need to be drilled to access available groundwater. However, it is very much worthwhile to establish basic services to the villages in order to stem the tide of migration.

The problems are varied, and need to be dealt with on a case-by-case basis. Again, it is a matter of how best to allocate limited resources to eradicate disease and save lives.

So, we decided to take on the jobs that others are avoiding. Rather than ignore those most in need, we’ve jumped in to do what we can. We still work to save lives, one at a time. However now, we’re also prioritizing our work, considering the imminence of the peril. It would be difficult to debate the conclusion that Darfur is a place where death is all around, and we must work to stop it.