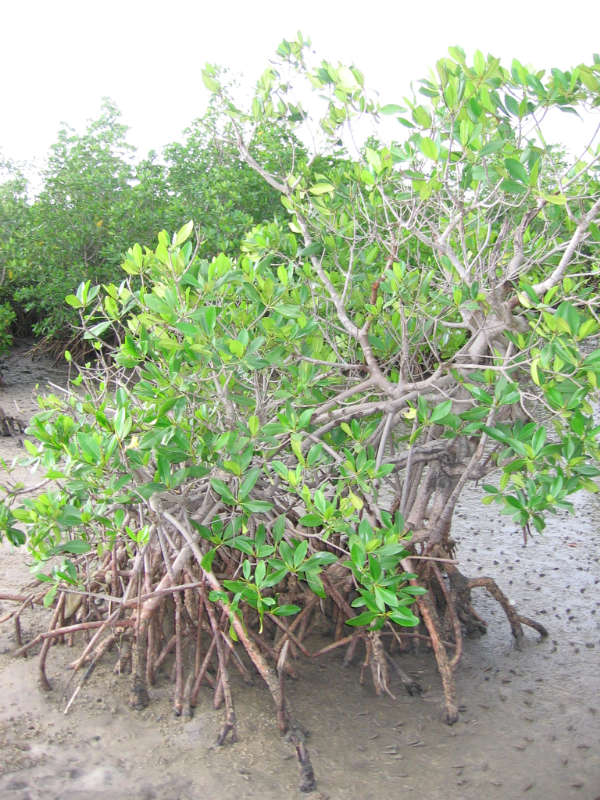 Community Description
Sipo is an island village located in the Sine-Saloum Delta, Senegal. The village has a year-round population of approximately 116 people, but it increases considerably during the tourist season.

Sipo is one of the 14 villages that make up the community-managed MPA (Marine Protected Area) of Bamboung. The Bamboung MPA spans approximately 7,000 hectares and is comprised of fourteen villages (for a total population of 30,000), each chosen for being located at the periphery of the Bamboung bolong (a Saloum Delta-specific saltwater channel).

The area is known for its unique and rich mangrove forest ecosystem, with over 30% of the surface area of the delta being covered by mangroves. These mangroves provide a habitat for a diverse array of tropical and subtropical animal and plant species and sustain the livelihoods of many coastal communities.

Problem Addressed
The Senegalese population has increased from 3 million in 1960 to 10 million in 2000. This dramatic population increase has brought many complications, especially in the realm of sanitation and hygiene.

In Senegal, waterborne diseases are the main cause of mortality, particularly among children under five years old. There is an infant and child mortality rate of 160 per every thousand in rural areas of Senegal, with more than 17% of these deaths attributed to diarrhea.

Sine-Saloum island communities, such as Sipo, are particularly vulnerable to sanitation and hygiene issues because it is difficult to transport materials from the mainland to the islands. With over half of the population being under 15 years old, this problem is bound to escalate.

Mangroves have provided a natural method of erosion control and have kept waterways and water resources uncontaminated. However, due to its resistance to salinity and termite attacks (a major issue in Senegal), mangrove wood is sought after to be used in construction. It is often preferred by villagers as firewood because it burns longer and hotter, and the cutting of mangrove roots to remove oysters is an often-practiced, yet highly destructive occurrence. 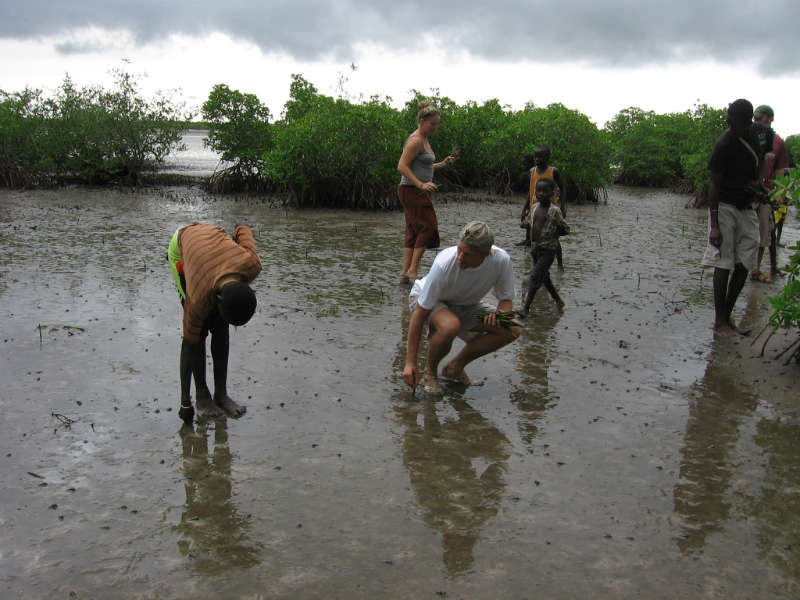 The rate of decline in mangrove forests in Senegal has been greater than the rate of appearance, and the cutting intensities of mangrove wood are estimated to be between 1,500 and 5,700 individuals per hectare. This exploitation of mangrove resources exacerbates the problem of sanitation.

Without mangroves, there will be an increase in erosion, and waterways and water resources will increasingly become contaminated.

Project Description
This project is to participate in and expand upon a larger mangrove reforestation project in the village of Sipo.

Approximately 50 Senegalese nationals and Peace Corps Senegal volunteers and staff will participate in a mangrove reforestation effort. Over 74 hectares of mangroves are expected to be planted.

A Peace Corps Small Project Assistance grant will cover the cost of 80 sacs of mangrove propagules (approximately 10,000 seedlings per sac).

Water Charity is funding the purchase an additional 37 bags of propagules (at 7,000 cfa per sac), and the transportation of the sacs from the mainland to the island.

Project Impact
116 people will directly benefit from the increase in mangroves on their island. The project will also indirectly affect the lives of all the people living in the Saloum Delta.

Comments
This project is being implemented under the direction of Returned Peace Corps Volunteer Laura Coberly.

During her service as a Peace Corps Volunteer in 2010, Laura completed the Sokone Women’s Garden Well Project – Senegal.

She is now back in Senegal, working for 4 months with the Peace Corps on reforestation.

Please donate for this project by clicking the Donate button below.