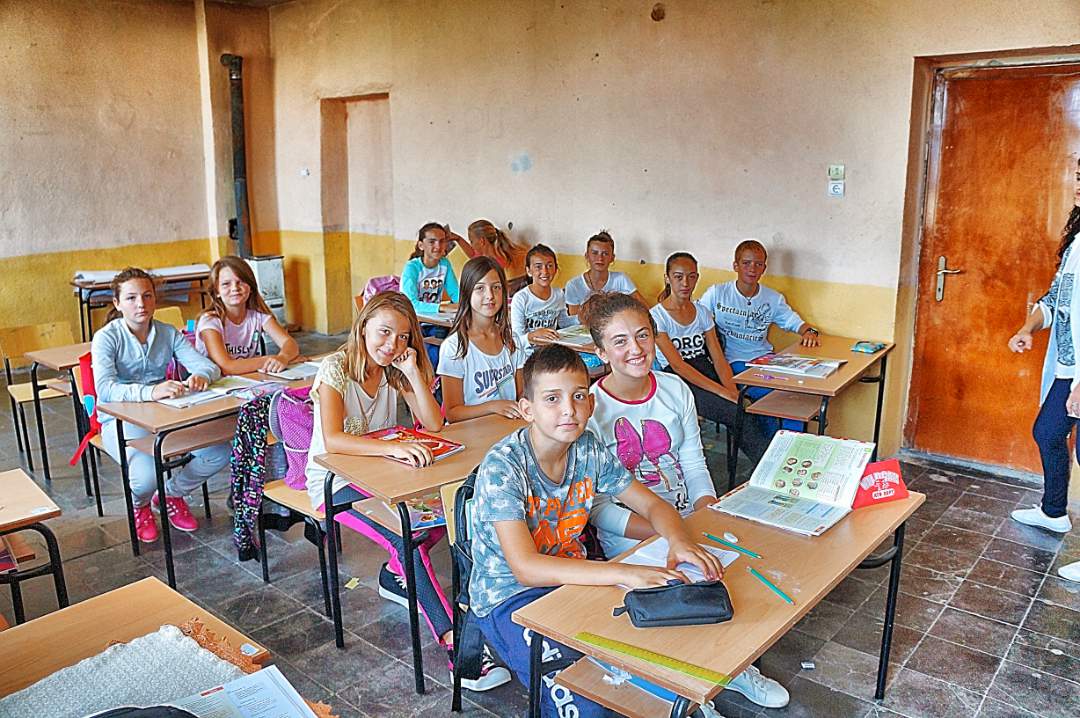 Nestled between the eastern shore of Lake Shkodër, the largest lake in the entirety of the Balkan Peninsula, and the western edge of the majestic Albanian Alps, Koplik is one of Albania’s Northern most regional capitals. As the seat of the municipal government of Malësi e Madhe, which translates to “The Greater Highlands,” Koplik is also the largest town in this extremely isolated and poverty-stricken region. Koplik’s population of roughly three thousand is mostly comprised of subsistence farmers, owners of small general stores, or laborers who commute to the larger metropolitan areas of Shkodër to the south. Koplik also serves as a central commercial hub for the inhabitants of the surrounding villages and for the populations of Malësi e Madhe’s exceptionally remote valleys, the Shkrel Valley and the Kelmendi Valley.

Two schools, a “Shkolla 9-Vjeçar,” or elementary/ middle school, and a “Gimnaz,” or high school serve Koplik. It has a small regional health center, and the only police station within the entirety of Malësi e Madhe. Koplik also has three small grocery stores, a handful of building and farming supply shops, and around a dozen or so cafes where old men can be found playing chess or dominos at all hours of the day. Given its dilapidated appearance, and its deplorable state of disrepair, one might find it difficult to believe that Shkolla “Abdyl Bajraktari”, the only middle school in Koplik, is also the largest and best staffed middle school in the entirety of Malësi e Madhe.

In addition to serving the families and children of Koplik, roughly half of the school’s student population is bussed in from the numerous isolated farming villages located at the mouth of the Shkrel Valley and along the coast of Lake Shkodër.   Shkolla “Abdyl Bajraktari” currently serves roughly 591 students and staff. Classes are divided by grade and by village. For example, all 9th graders who are residents of Koplik are given the designation “Klasa 9A,” while the 9th graders from Zagora, an impoverished village to the north east of Koplik, are placed in “Klasa 9C.” A lack of funding and resources for repairs means that the majority of the 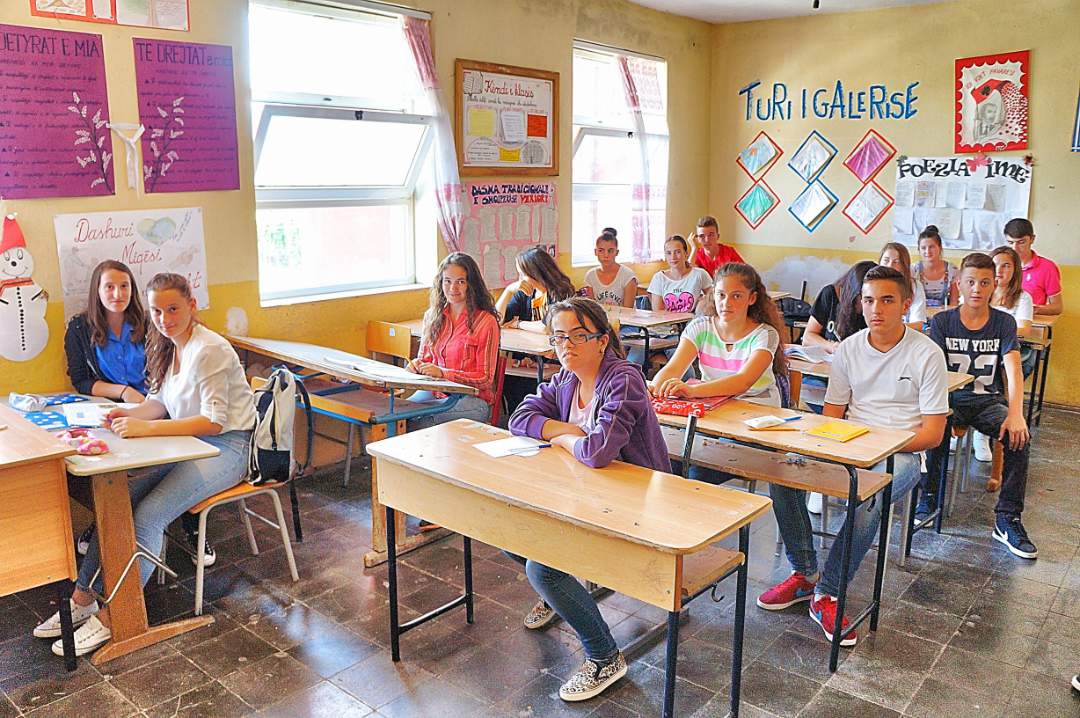 classrooms at the school lack heating appliances, have damaged or missing windows, and are in need of repainting. Unfortunately, the classrooms in the best condition are generally allocated the more affluent students of Koplik, leaving the worst classrooms for the poorest students. To compound this issue, students who live in Koplik are generally allowed to return to their homes during class in order to use the restroom, whereas the poorer students from the surrounding villages are not afforded this luxury; they are forced to utilize the deplorable restrooms at Shkolla “Abdyl Bajraktari.”

Problem Addressed
Shkolla “Abdyl Bajraktari” has three bathrooms: a boy’s bathroom on the first floor and two girl’s bathrooms on the second floor. All three are in deplorable condition. To start with, none of the restrooms have any running water. There is no way for students to flush the toilet or to wash their hands afterwards. Therefore, since all of the toilets at the school are of the “Turkish” type, this means that, without water, they are essentially just holes in the ground. Furthermore, there are no facilities in place for toilet paper or hand towels, though this issue seems rather trivial given the host of other issues associated with the restrooms. The toilet stalls in the boy’s restroom are all missing doors, and a number of stalls have been entirely filled with building refuse and trash, rendering them inoperable.

Even more distressing is the fact that the outflow plumbing from the girl’s restrooms above snakes along the ceiling of the boy’s restroom. Due to a combination of misuse, the lack of water, and improper installation, this outflow piping has ruptured. The result is that excrement from the girl’s restroom simply falls from the ceiling and covers the floor of the boy’s restroom. This is an extreme health hazard, and the idea that children are expected to enter such a revolting environment is almost unbelievable. To make matters worse, all of the windows in the boy’s restroom have been destroyed. The result is that the stench from the falling excrement and the unflushed toilets wafts up to the girl’s bathrooms and to the classrooms on the third floor of the school, all of which are similarly lacking operable windows. These classrooms are generally allocated to six grade classes composed entirely of students from poor families, which live outside of Koplik.

The lack of running water, the lack of stall doors, and the lack of any options besides cracked or broken Turkish toilets are, and of themselves, enough to warrant outrage from parents and the community as a whole. However, add to this 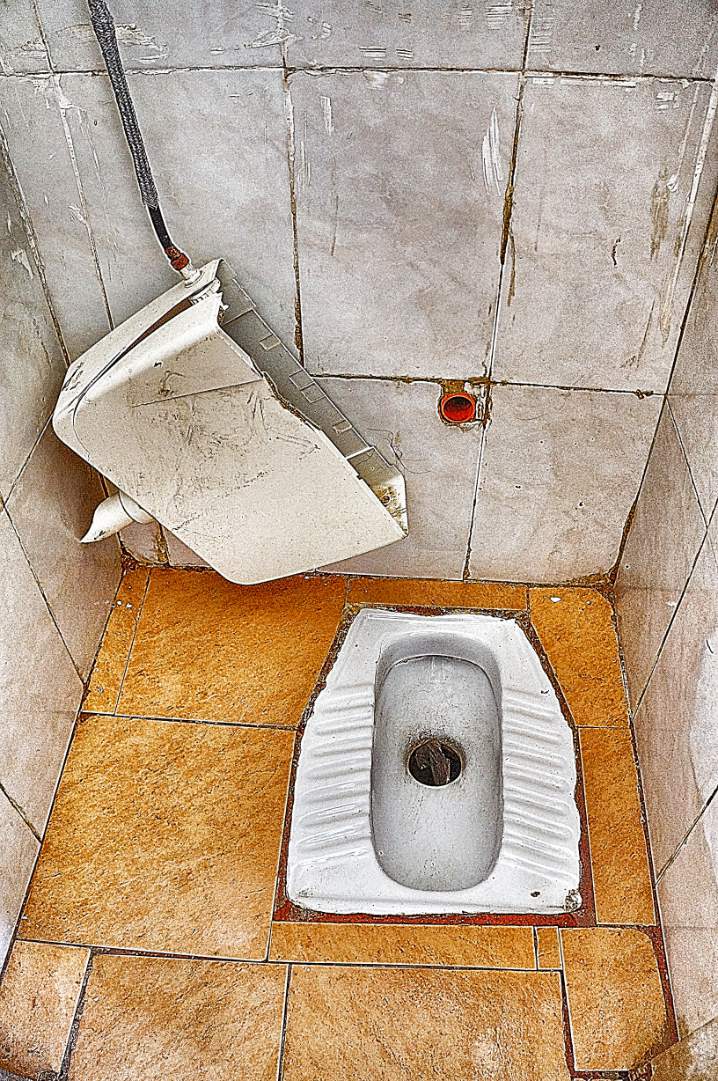 the fact that human waste is literally filling a room on the first floor of the school and the primary concern shifts from the matters of dignity, hygiene, and the fostering of welcoming learning environment, to the matter of preventing serious illness and even death as a result of children being forced to enter an open septic tank in order to earn an education.  If this situation were to unfold in the United States, it would be a scandal worthy of the national press and the school in question would be demolished. However, as it stands, due to corruption and a lack of support from the national government, the municipality of Malësi e Madhe simply cannot allocate funding to refurbishing its schools.

Project Description
In summary, the plan which has been devised for the refurbishment of the restrooms at Shkolla “Abdyl Bajraktari” calls for the redesign and replacement of the outflow plumbing system, the replacement of all damaged Turkish toilets and flush water basins, the installation of five western style toilets, and the repainting and refurbishment of all stalls and doors.

Two large water cisterns, which are currently unused and in storage, are to be installed on the roof of the school and from which piping will be connected in order to supply all of the restrooms with running water. All of the sinks and faucets will be repaired or replaced where necessary. Finally, all of the windows in the bathrooms will be replaced, and measures will be taken to shield both the windows and outflow plumbing from vandalism and destruction. The municipal government has approved the plan, and the mayor of Koplik has agreed to supply the necessary labor.

Furthermore, a local contractor, a man well respected throughout the town, has also agreed to take on the project at an extremely discounted rate, asking little more than the cost of the required building materials. Given the municipal governments involvement, and the labor provided free of charge by the local contractor, the total contribution of the community, according to the proposed budget, amounts to about 30% of the project cost. Finally, after the completion of the project, the mayor has proposed implementing a system whereby parents, students, teachers, and cleaning staff attend seminars on proper hygiene and restroom care. The contractor and the school directors have also mentioned stipulating that the parents of children caught defacing or damaging the refurbished restrooms are fined. 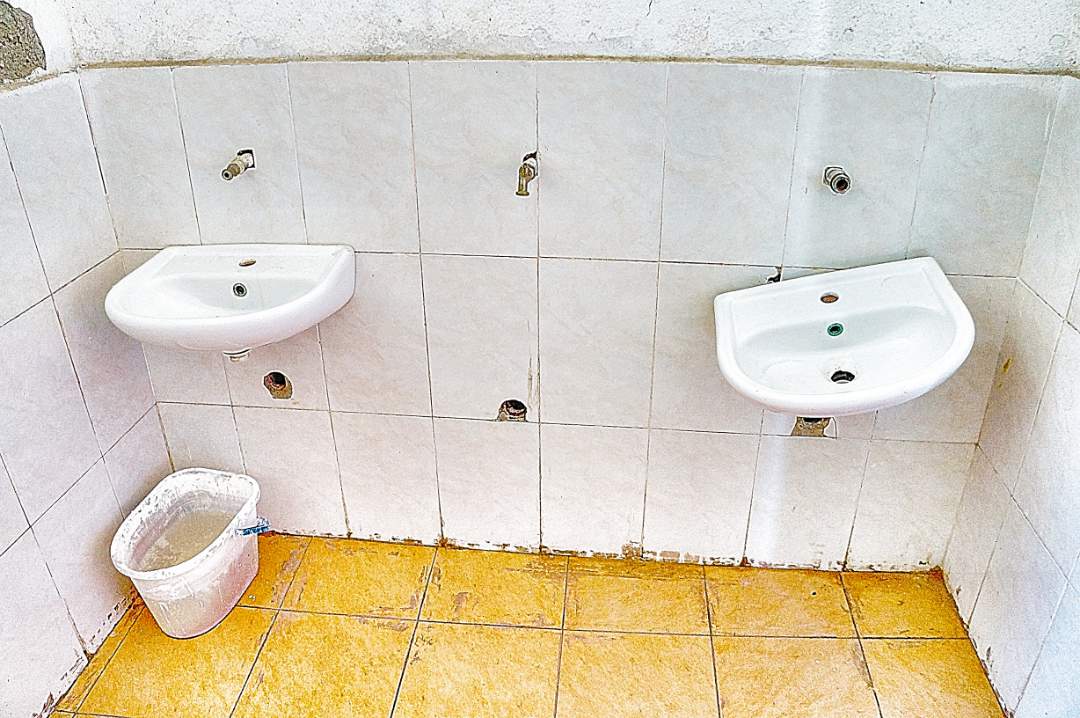 Project Impact
This project will directly impact 591 people; 560 students and 31 staff members.  It will also impact visitors and future students.

Monitoring and Maintenance
The school will be responsible for monitoring and maintaining the new, improved facilities.

At first glance one might assume that the success of this project would be evident upon the completion of the reconstruction and refurbishing of the restrooms. However, the goals of this project are broader than simply replacing broken equipment and repainting walls. The overarching theme of this project is to increase the students’ of Koplik’s capacity to learn and attend school through providing them with the option to remain in the school when they have to use the restroom removing fear and uncertainty from their school day, and combating the spread of transmutable diseases through better hygiene practices. Over the course of the next school year teachers and faculty will be keeping attendance in order to determine if the goals of this project are being met. Furthermore, at some point in the future, students will fill out a survey on the success of the project as a whole.

Comments
Bashkia e Koplikut is the community organization involved in the project. 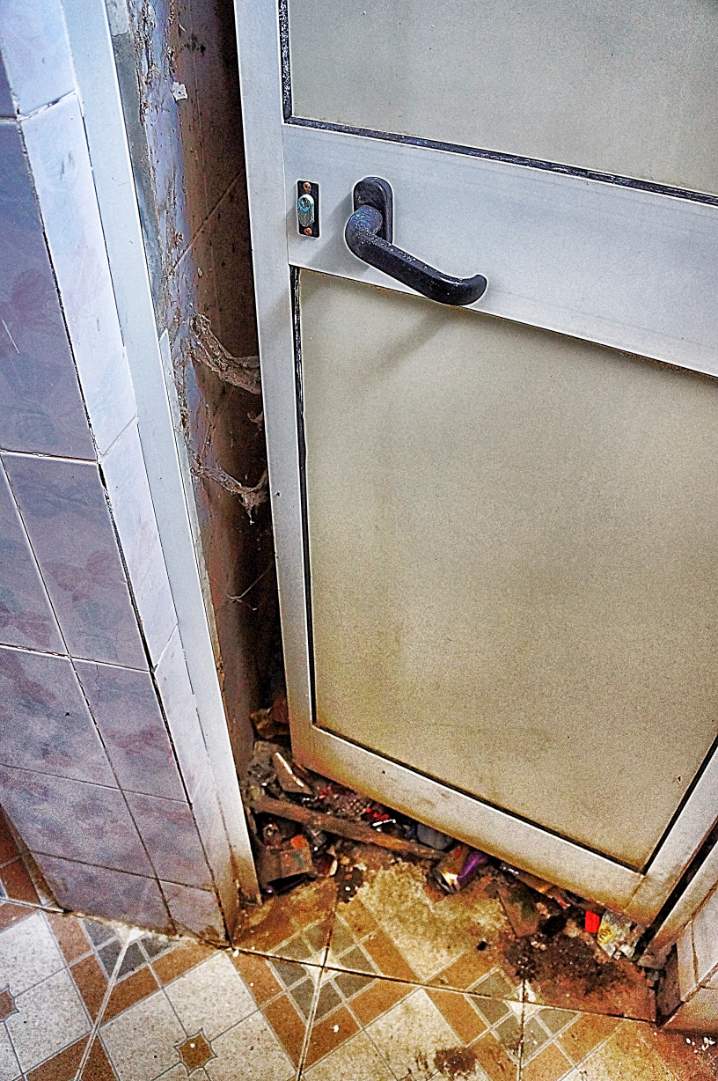 A note from the Peace Corps Lead, William Hunter:
“I have been serving as a Peace Corps volunteer for well over eight months now, and during the course of my service I have traveled through many cities and towns in Albania. I have met students from the far south and central regions, given lessons in schools in the mountains on the Macedonian border, and witnessed classes in my sister region of Tropoja. And while I have found bright and enthusiastic pupils everywhere I have traveled, I have come across no community so devoted to the education of its youth and so full of potential as my own Peace Corps site in Malësi e Madhe. The students here have a true thirst for knowledge, and despite the horrible condition of their learning facilities, they continue to consistently rank at the top of national student rankings. The people from Koplik and Malësi e Madhe can be found throughout every corner of Albania, working in high skill positions in law offices, hospitals, and universities. If any one part of Albania has a tradition of academic excellence, it is certainly Malësi e Madhe.”

As an LGL project, this falls under our 100 Water Projects Program – Albania as well as our larger Let Girls Learn Initiative – Worldwide.

This project is part of the LET GIRLS LEARN program sponsored by FLOTUS Michelle Obama.  It is intended to have a positive effect in keeping girls in school after they reach adolescence.  Lack of clean facilities is a leading cause of women dropping out of school. Water Charity is proud to have sponsored the very first LGL project, and continues to be the leading contributor to the program, as evidenced by projects like this one. 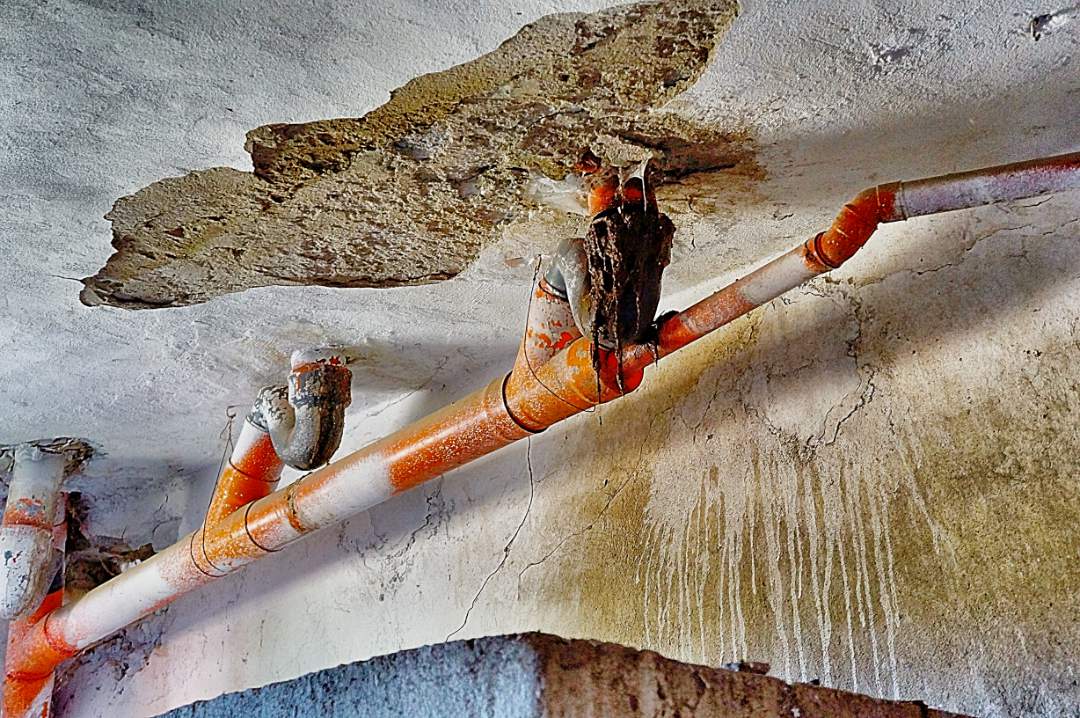