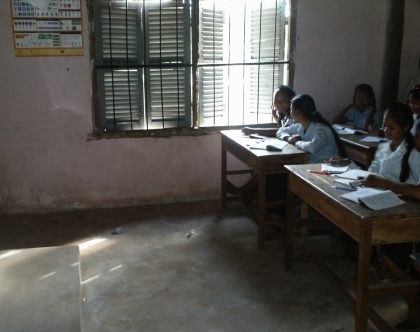 Community Description
Chum Kiri is located 40 km from Kampot town, 150 km from Phnom Penh, and 12 km from the nearest highway. The majority of families survive on subsistence agriculture and few venture outside of the district due to the decrepit road conditions.

Chum Kiri was founded in 1993, and is the newest and poorest district in the southern province of Kampot. It was one of the first areas captured by Khmer Rouge forces in the early 1970s and Pol Pot’s followers did not concede defeat in the area until 1998.

In the 25-plus years that the Khmer Rouge were in control, all schools were closed. Since the area was re-integrated, a high school and 12 primary schools have been built, but due to the prolonged hostilities in the region, development has been extraordinarily slow compared to other districts in Kampot province. 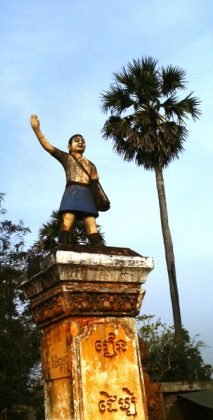 Samarky Primary School serves the rice farming communities just outside the small district town of Trepaing Reng, with general classes for grades 1 to 6. It was one of the earlier schools to be opened after the reintegration and the condition of the equipment has begun to degrade.

The well at the school started having problems in 2004, and completely stopped working in 2008. Since then, the staff and students have been able to make do with water from a nearby pond during the rainy season, but it dries up during the dry season. This has left them without water for 3 to 4 months per year for the past 4 years.

Project Description
This project is to build a well at Samarky Primary School.

A local company that owns a drilling rig will be contracted to drill the well. Included in the contract will be a good hand pump from India (the locally-built pumps generally have significantly more maintenance issues, while the Indian pumps are usually maintenance-free), as well as a concrete pad to divert wastewater away from the well.

Water Charity funds will be used for the contract services, equipment, and materials.

The community and school will pay $700 of the costs, the amount they have raised in their well fund. 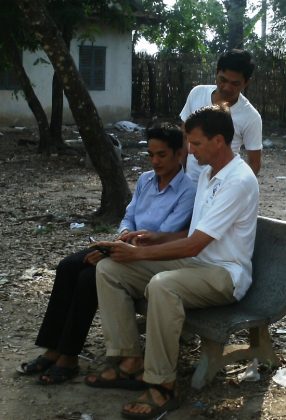 Comments
This is an essential infrastructure project for the school. It will improve the health and well-being of the students.

Dollar Amount Needed
$0.00 – This project has been fully funded through the generosity of Jason Park, of Totowa, NJ, USA.

We encourage others to continue to donate using the Donate button below, and we will notify Peace Corps Volunteer Bruce Kelsey of your donation. Additional funds will be used to fund the next project by Bruce and/or those of other PCVs in the country of service.