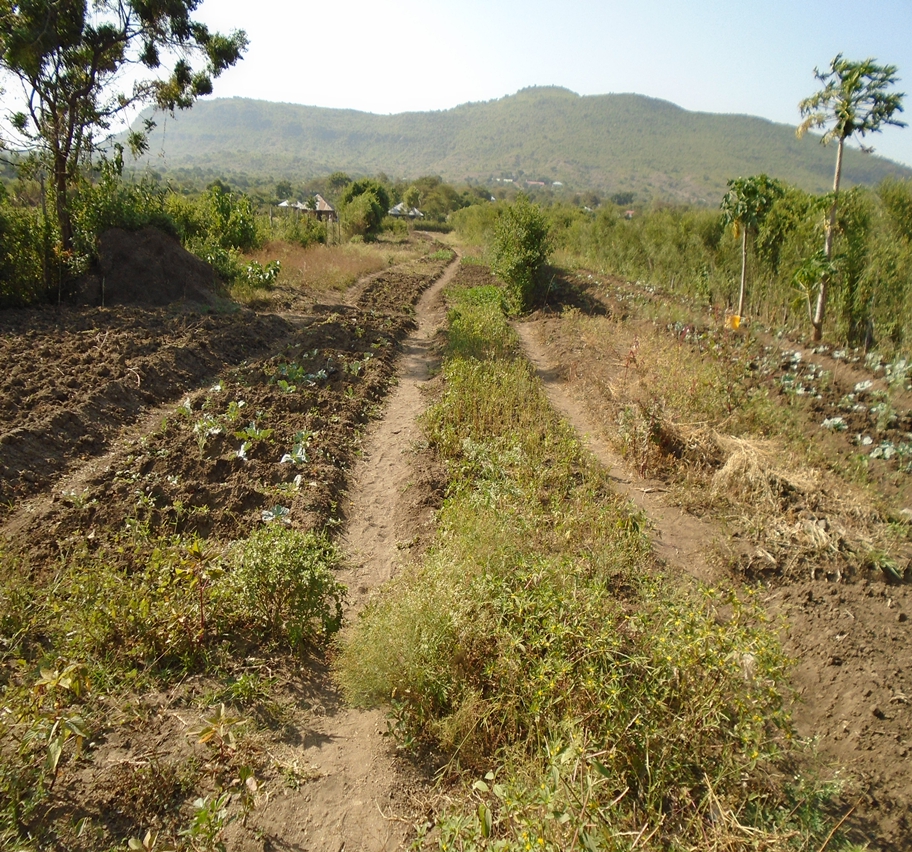 Community Description:  The poeple of Rusinga Island live in small communities with a few farms directly on the island in the middle of Lake Victoria.  Despite being surrounded by water, they get relatively little rainfall, with two short, unreliable rainy seasons.

Problem Addressed:  The basic need for the wellbeing of a large part of the population on Rusinga Island is sustainable agriculture, out of the dependence on the two, short rain cycles. Many of the land holdings that are situated at the edge of Lake Victoria can be invigorated by pumping that water into tanks and irrigating, or by directly spraying pumped water on the crops.  2 of the 3 projects are designed to assist the Rusinga Island Children’s Fund with their “Rescue a Child to Learn” program which serves 75 children currently.  The other project builds a rainwater catchment at the Nyamuga Special School for primary children with physical disabilities.

Mr. Morris Owira is a farmer who relies on the rains and sometimes by the assistance of a borrowed pump to irrigate his crops. He has agreed to allow the Rusinga Island Children’s Fund (RICF) to have a piece of the 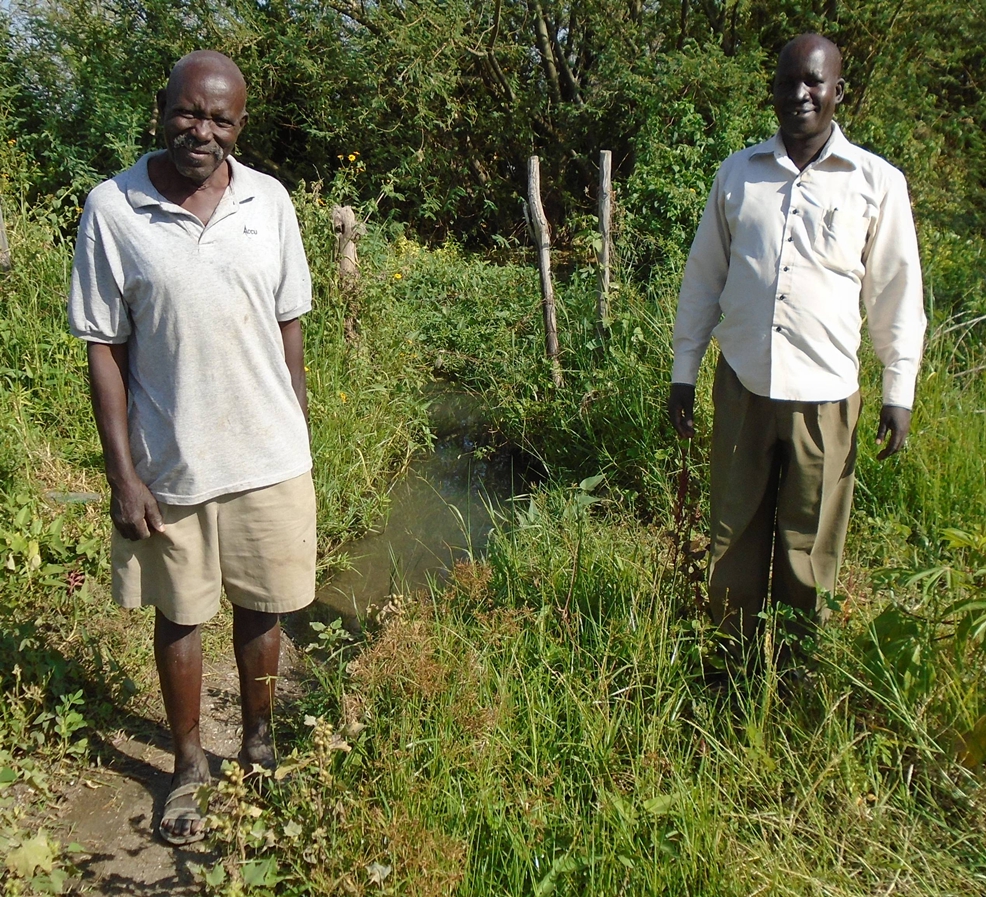 shamba (farmland) for the exclusive production of vegetables to support the children in the “Rescue a Child to Learn” program, managed by Mr. Obwaya. There are currently 75 children who are assisted in part or totally with school fees. The produce from this shamba plot is purchased by the schools and credited to the accounts of the rescue students. Water Charity will purchase for his farm a 5.5. hp water pump w/intake and distribution hosing, and a 2500 liter water tank.
The pump will enable him to take water directly from Lake Victoria, store it in the water tank and continually water his crops. This is a sustainable model that removes the specter of failed or insufficient rains, and provides food for the schools while simultaneously paying for student tuitions

The second project is in the more traditional water catchment system. There is a new building at the Nyamuga Special School for primary children with physical disabilities. There are times when the children do not have access to water at the school due to watch staff or authorities not being present, such as weekend mornings. The catchment system proposed will provide a 2500 liter tank, filled by the gutter system on the dorm, and accessible to the children independent of the administration.
The project will install gutters on the north east side of the building and catch the rainfall from 1500 square feet of roofing. The tank will be installed with a tap that the children will be able to access. Curently, children cannot wash or have water for long periods during the weekends.

The third project is in the district of Kolo. One of the men who was associated with Waware Seconday School project in 2012 has organized a large shamba (garden) near the lake. We have agreed with him to provide a 5.5 HP water pump and 2.5K water tank and associated hoses so that he can produce year round farm produce to the schools and local markets. He has agreed to provide our “Rescue a Child to Learn” program a plot of adjacent, that is roughly 150 feet by 200 feet for the exclusive use and production of vegetables for the program. 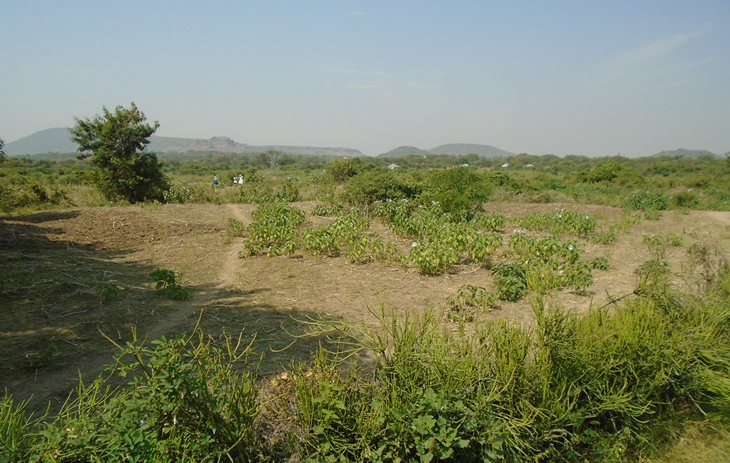 Each of these projects is accessing either the water in Lake Victoria or collecting the rainfall to provide, initially the local community and owner, but most importantly for the 75 children who are in the “Rescue a Child to Learn” program. ALL proceeds from the three projects go directly to the support of the 75 children. There are no overheads taken from the proceeds.
Pictured to the right is the young man who is providing the shamba for the use of the Rescue Program. He is Sampson Anyango. He is standing
alongside the intake point from the lake. We will pump the water into a tank up from this point to a point pictured in the left photograph.
This is the piece of land that has been allocated for the exclusive use of the Rescue Program. We will be utilizing the pump and water from the tank to irrigate this shamba. Once again, ALL of the proceeds from 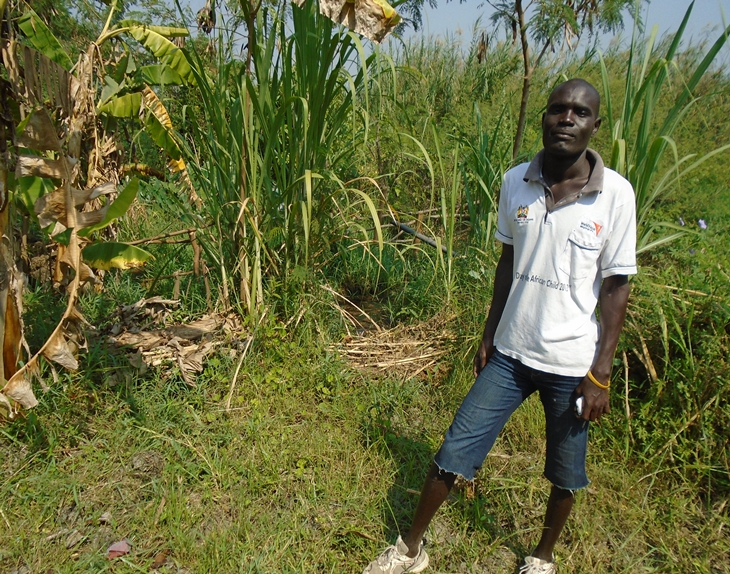 this tract of land go to consumption or sale for the rescued children.
Water on Rusinga is the critical element. With the purchase of a pump, hosing and a water tank, the farmer can be free from the reliance on the rains. The project is self sustaining and of total benefit to the recipients of the program.
The rescued children will be providing some of the labor on the shamba, contributing to their own welfare and self worth.

Both Dave & Rebecca were PCVs in Kenya, and completed 3 fabulous projects for Water Charity during their time there.  http://watercharity.com/search/node/rowson

After finishing their PC service, they started a small NGO to help the children in the Rusinga community.  The Rusinga Island Children’s Fund. http://www.rusingaislandchildrensfund.org/

Comments:  Once again, this project amply demonstrates the ability of former PCVs to continue to do good for their host nations even when their service is ended, and the good that Water Charity can accomplish by working with the NPCA and its various member groups and RPCVs! 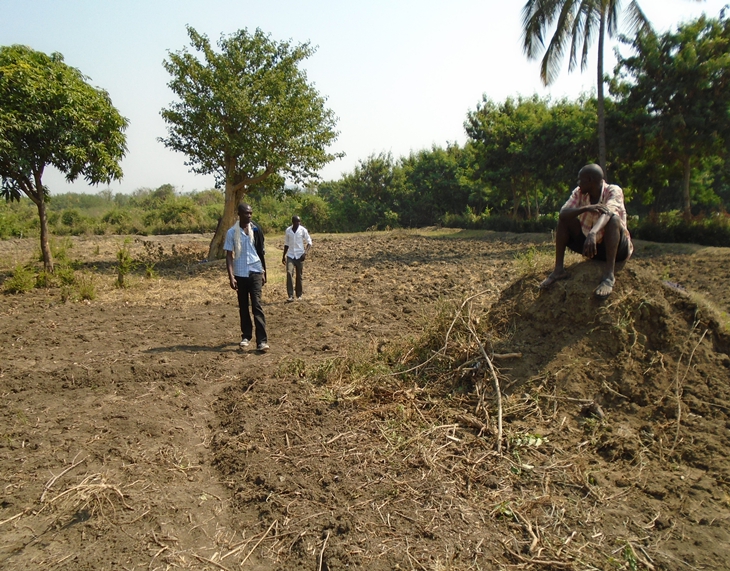 Donations of any amount will be appreciated. The full amount will give you “dedication rights,” if that is something you would like.