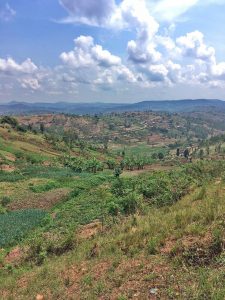 Community Description
Mbazi Sector is located 5 kilometers from a large regional town, Butare. This poses unique challenges to the people living in the community. Most people do not have enough money to sell their goods in the large regional market, but also lose business due to a large number of people who travel to Butare to buy things. Fresh produce is often brought to the regional market to be sold because vendors can charge a higher price there, but this exodus of fruits and vegetables contributes to a large number of malnutrition cases, the highest in all of the Southern Province.

Most of the upper-level officials commute from Butare to work in Mbazi, leaving the poorest of community members permanently living in the village.

The project community is the most distant Cell in Mbazi, called Rusagara. The area is very hilly, making travel difficult. Rusagara inhabitants are mostly farmers but are too far from the regional town to sell their goods at the market.

The community contains the poorest members of Mbazi Sector, with high amounts of malnutrition and poor hygiene-related illnesses.

During the Genocide Against Tutsis in 1994, many viable water sources were destroyed as an act of Genocide. This left many people without water, which contributes to the health problems the people experience and a generally lower quality of life.

Problem Addressed
The people of Rusagara Cell face several problems, most stemming from the lack of consistent water sources. As with many people in Mbazi, Rusagara inhabitants suffer from both acute and chronic malnutrition. A large number of these cases are a direct result of poor hygiene practices, exacerbated by a lack of water for proper cleaning. Children in Rusagara suffer from diarrhea frequently, thus decreasing the amount of nutrients they are able to absorb, and drastically limiting their growth.

The available water source in Rusagara is a small pipe that is constantly trickling water. The pipe is located at the top of a large hill, with only goat paths leading to it. Some people must walk up to an hour and a half one way to fetch water for their families. This is no easy task, and the strain it puts on the body causes damage to the muscles, resulting especially in back problems. 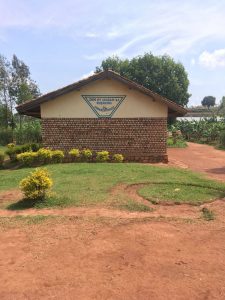 Women are usually the ones fetching water for their families but also have many tasks to complete at home and in the community. The long amount of time devoted to fetching water contributes to a loss in overall productivity, thus heightening the level of poverty.

Project Description
This project is to build a water system to serve the needs of Rusagara Cell.

During the first month, the Peace Corps Volunteer, a counterpart, technician, and head of Rusagara Cell will hold a meeting with the population and other local leaders. This meeting will mobilize people to prepare for the project and organize a public service day to dig the trenches.

Then, the PCV, counterpart, and technician will go to order and purchase all necessary materials.

At the end of the first month, the community and PCV will dig the trenches in order to lay the pipes, and the technician and his team will begin to construct a 5-cubic-meter catchment tank that will store and redirect the water to a public standpoint.

The original water source is located at the top of a hill, Uwinkoko, roughly 1,200 meters from the proposed standpoint. One week after the catchment tank is built, the pipes will be installed and the trench will be backfilled, taking 2 weeks total.

During the final construction phase, a public standpoint will be constructed at the Rusagara Cell Office, a central location for people to fetch water. People will also still be able to access water at the catchment tank location.

Upon completion of the construction, the technician will test the pressure and function of the system.

The funds provided by Water Charity will pay for the construction of the water system by providing all materials necessary to build the tanks and pipeline.

The community will contribute by holding public service days in which they dig and backfill all the trenches for the pipeline.

Project Impact
3,364 people will benefit from the project. 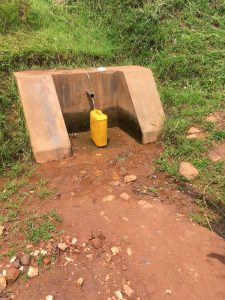 Monitoring and Maintenance
The community will sustain this project by maintaining the tank, pipes, and standpoints after construction. A meeting will be held upon completion of the project in order to discuss with the population the necessary steps to keep the water system functioning properly.

A lesson will be given to the population on how to keep the source clean and the public taps working. Local officials of Rusagara Cell and Mbazi Sector will periodically check the system to make sure it is not destroyed and has no problems.

Since this project has been largely community-driven and the people see its importance, they will remain invested in the maintenance afterward, as per the stipulations of the project. They will form a committee made up of cell members to monitor the tank usage and function.

The cell and sector officials will also sign a Memorandum of Understanding stating that they are responsible for all repairs and that no other funds will be given upon completion of the project. Furthermore, the technician is conducting several tests to assess the function of the tank, ensuring that it is working properly.

In order to assess the impact of the project, Mbazi Health Center will evaluate the health of the people currently living in the Rusagara Cell. Data will be collected on a number of cases of diarrhea and other hygiene-related illnesses both before and one month after the project’s completion. Surveys will be taken to assess the perceived quality of life, focusing on the difficulty to fetch water and subsequent health problems before and after the project.

Project Funding
This project has been funded by an anonymous donor.  Donations made using the Donate button below will be used to fund our next project in Rwanda. 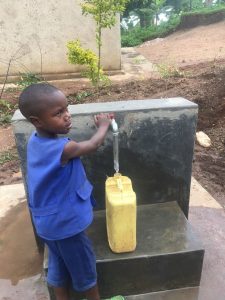 This project has been completed under the direction of Peace Corps Volunteer Kaitlyn Morgan. To read about the start of the project, CLICK HERE.

The project was designed to build a water system to serve the needs of the Rusagara Cell.

First and foremost, I want to thank you on behalf of Mbazi Health Center and Rusagara Cell for your support in our water project. We are overjoyed by the completion of our project in late April and all of the incredible results we have seen since. The people in the community continue to tell us what a blessing this water has been for them and how their lives have improved greatly. This project was much needed in the community, and we are deeply thankful for your support.

The project began with several sensitization meetings to gain community support and contribution in labor. The community was eager to help and worked many unpaid hours to dig all the trenches necessary for the pipeline. People were mobilized quickly and worked efficiently, despite the rain and other jobs they had to do. It was incredible to see their work ethic! 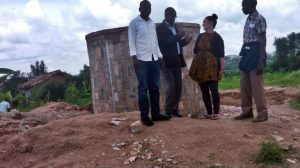 After the pipeline trench was dug, an engineer and his team laid all pipes and built a catchment tank about 1.5 km from the village where the tap was built. The tap was installed last, in total 2 km from the original source, reducing time spent fetching water drastically.

The District loved the project, and after seeing its success, wrote in their budget for the next fiscal year funds to extend the pipeline to another public tap in another Cell, increasing water access to over 1,000 more people in next year. This project has proved sustainable already, as the District has continued to monitor the public tap and make plans for the future. 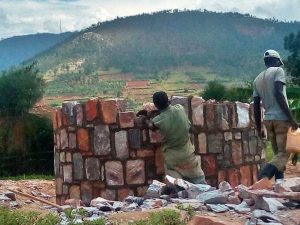 As a result, 3,000 people in Rusagara Cell now have access to water. Before this project, people would walk between 1 and 2 km to fetch water, almost exclusively uphill. Having made this uphill journey myself to experience what the people had to do daily, I can attest it was not an easy feat. Back problems and other muscle issues were common, especially among women–the primary water fetchers. Poor hygiene was also very common among members of Rusagara due to lack of water access. Now, the people have reported less time spent fetching water, and thus more productivity, as well as a decrease in diarrheal disease in their community and an overall improved quality of life.

While interviewing community members one month after project completion, a school official said that time missed in class by students due to illness has decreased due to improved water access. He also said that daily productivity has increased at school because students and teachers do not need to take time out of their days to spend hours fetching water, for which he was very grateful. Mothers who were interviewed said that their daily activities are no longer interrupted by hours spent fetching water, and they are able to provide better care to their families since gaining water access. Again, the community is extremely grateful for this project!

We extend our thanks to Kaitlyn for completing this important project. 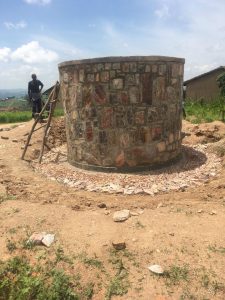 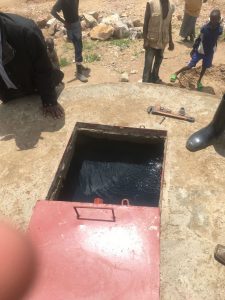 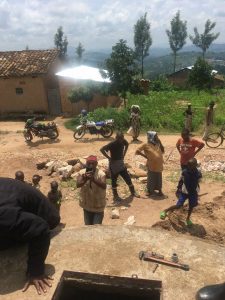 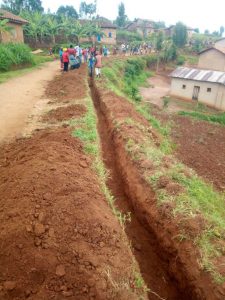 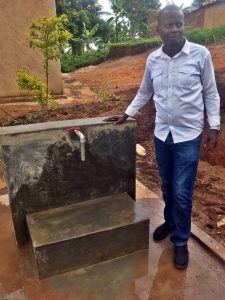 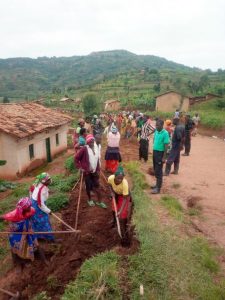