​Water Charity Joins Effort to Bring Clean Water to EVERY Person in Liberia By 2020!

This is a truly ambitious goal. 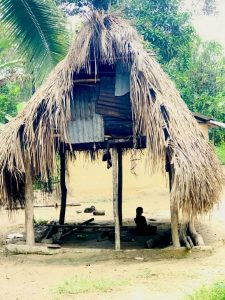 Water Charity has joined forces with our partners at The Last Well, to do what has never been done before.  Along with a large group of our fellow colleagues in the hydro philanthropic world, we have coordinated our efforts in this country of 4.7 million people so that every village, every hut and every person in the country gets served by the collective effort.  Each of our organizations is focusing on specific aspects of the overall problem.

The entire country has been scouted by teams on a motorbike.  They went to every village, hamlet, and collection of huts, and conducted their own “census” with a focus on water and health.  Based on the information gathered, data that wasn’t even known to the government itself, for the most part, it was possible to break the task down into do-able parts.  Done in this way, in an extremely efficient manner, the endeavor has become not just a possibility, but a certainty.

This particular program within the broader initiative encompasses 27 well repairs to rehabilitate boreholes and handpumps that have been unusable due to wear and neglect.  It is just one of many avenues of aid by which the lofty goal for Liberia is being carried out.  The overall picture involves, not only well repairs, but new wells, filter distributions, and other efforts in tandem with the Liberian Ministry of Health! 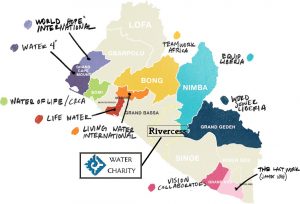 ​Rivercess has as its main economy rice and cassava plantations. 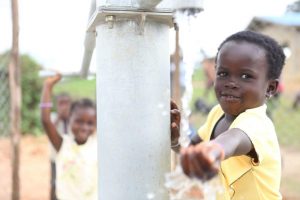 ​Believe it or not, this effort is already well underway.  The December 2020 date is not “pie in the sky.”  By the end of 2017, a large percentage of the country will have already been served.  Something like 1.5 million people!

Naturally, different areas need different solutions, and what works in the city will not work in the bush.  Nevertheless, based on the historic census-style documenting of actual need… we know exactly what to do for every person in the country, regardless of how remote or inaccessible their location.

We are already underway doing our 27 well repairs in 6 of the 8 districts that comprise Rivercess County.  This is actually ALL of the wells that currently need repair!  When this is done, we will move on to another collection of projects for the area.

We are very excited about this program, as it is something new in this field, and one rarely sees that.  Traditional organizations, despite all the good they do and have done, have not even attempted this kind of thing. 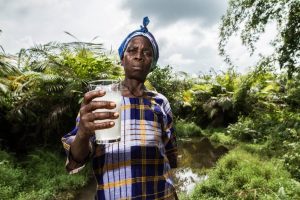 They wind up spending more than this entire effort will wind up costing, but never in an efficient and focused way because there have been certain obstacles in the past, and large organizations are not usually able to change gears quickly or embrace innovation.  The fact is, that no one, not even the Liberian government, actually knew how many people needed water!

The first thing that had to be done for this effort, was to go to every village and hut in the country and conduct a kind of water and health census.  This was painstakingly carried out by teams of dedicated guys on motorbikes, and this first-ever dataset has made this entire work possible.  Gratitude goes out to the vision and effort that went into that.  Exploring the remote regions of Liberia is no easy task.

Water Charity wants to particularly thank Todd Phillips, Ryan Tew, and their team of people at The Last Well for organizing the effort.  Todd, a pastor, decided to focus on Liberia, because he determined it to be the “hardest place,” and, as we are all well aware, water to be the biggest issue. 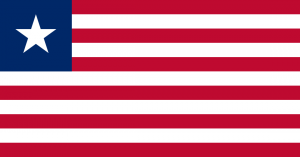 Over the years, this small, English speaking, West African nation has consistently ranked as the 2nd poorest nation on Earth.  It has often been known as the most corrupt as well, and was rated the most miserable place in the world according to the CIA World Fact Book’s Misery Index.

Enduring 14 years of brutal civil war truly decimated this country.  It was a haven for warlords, rogue generals, mercenary armies, conflict minerals and atrocities.  The conflict in Liberia, and across the border in Sierra Leone (another country with a similar story), gave rise to in “blood diamonds” and illegal timber imports. 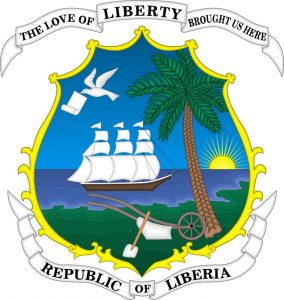 43.5% of Liberians were below the age of 15 in 2010​, and the average life expectancy is only 53.7 years.  During the conflict years, “child soldiers” were the norm, and more than 90% of the hospitals were destroyed.  Most of the indices by which one can rate the health of a nation had Liberia near the bottom.

Very sad for a nation founded as a hope and refuge for former slaves being repatriated back to Africa.  Many are surprised to learn that Liberia is actually Africa’s first and oldest modern republic!

The Republic of Liberia began as a settlement of the American Colonization Society (ACS), who believed black people would face better chances for freedom in Africa.  The country declared its independence on July 26, 1847, but the U.S. did not recognize Liberia’s independence until during the American Civil War on February 5, 1862.

Somehow, Liberia retained its independence during the Scramble for Africa. Along with Ethiopia and The Dervish State (now Somalia), Liberia was one of only 3 countries not controlled by Europeans by the early 20th Century.

The main issue for Liberia, though, as it pertains to our work, is that when this project began very few people in the country had access to clean drinking water.  Many waterborne pathogens and diseases were widespread, and this took its tool generally on the children under 5.

​27 Wells Currently Being Repaired and Rehabilitated

​Repairs are underway already.  At the time of this posting 2 repairs have already been completed!  Updates and conclusion reports will be posted below.

These are all fairly standard and straightforward well repairs.  They are being done with community training and involvement, so that these wells will be maintained; the lack of maintenance being a big reason why many of these wells need repair now.

With these Afridev & India Mk II handpump type wells, repairs and upkeep are inevitable, but if maintenance is done regularly, a simple bushing replacement doesn’t have to turn into a borehole repair.  Parts for these setups are easy to come by, and knowledgeable technicians are widespread.  For these reasons, this “old school” technology is superior to any “cutting edge” invention you may have heard of.  Plus, it is at least an order of magnitude more economical.

In addition to the basic thriftiness of repairing these old wells, due to the economy of scale and efficient planning, we are able to actually bring these wells back online for far cheaper than what one normally spends on such repairs.  Naturally, the costs are a fraction of that needed to drill new wells… or even completely replace hand pumps.

All of this combines to make this effort one of the most economical, high “bang-for-the-buck” aid efforts you are likely to see.  If you would like to adopt a well or a district… or help fund the next round of this work in Liberia, use the Donate button below.  Note your desire in your donation notes, or feel free to contact us directly. The more money we can raise for this, the more people we can help!

This is truly an exciting effort, and we are proud to be playing our part.  Hopefully, this type of model can be replicated all over and we can put an end to waterborne illnesses in every country.

This project has been funded by an anonymous donor.  Future donations will be allocated to other projects in Liberia.