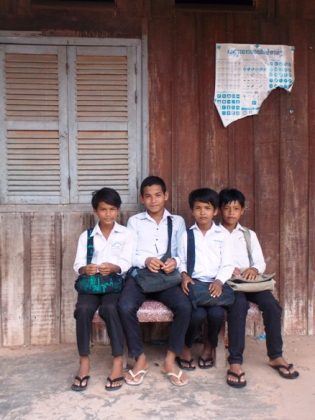 The majority of families survive on subsistence agriculture and, until recently, few had ventured outside of the district due to the decrepit road conditions.

Within the past two years, two major road projects have dramatically increased access to the district. With this new access, the district is seeing an influx of new residents and schools are seeing an increased enrollment. 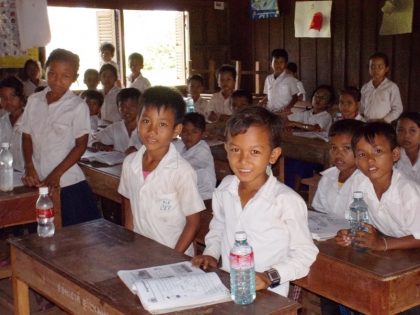 However, the school grounds are a long narrow piece of ground. The primary school is located at one end of the grounds, while the lower secondary school is located at the other. The new latrines were placed on the far side of the lower secondary school from the primary school. This distance (100 to 150 meters)from the primary classrooms, as well as some shy students’ reluctance to venture past the older students, has resulted in many primary students still resorting to urinating and defecating in the bushes, rather than using the new toilets.

Project Description
This project is to expand the sanitation capacity at the school by building a stand-alone latrine with two toilets.

Construction will be done by the same contractor who built previous latrine and water tank projects funded by Water Charity.

The latrine annex will be constructed of stuccoed brick with a metal roof.

Water will primarily be provided by cisterns that will catch the rain runoff, supplemented by water from the school’s well when needed. 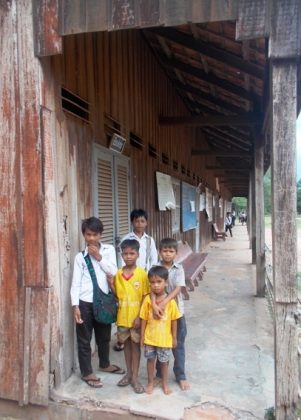 Unskilled labor, such as digging the pit, will be completed by the staff at the school, and by local villagers. Brick and stonework will be performed by skilled concrete workers who will be paid using Water Charity funds.

Project Impact
480 students and 16 staff members will benefit from the project.

Comments
This is an example of the effectiveness of the Appropriate Project model of completing small projects very quickly, and emulating the successes with follow-up projects. The new latrine will further improve the health and wellbeing of students and staff.

This breaks by five the record for the number of projects completed in partnership with Water Charity by a serving Peace Corps Volunteer.

Dollar Amount Needed
$0.00 – This project has been fully funded through the generosity of friends and family of Peace Corps Volunteer Bruce Kelsey, with additional amounts for future projects.