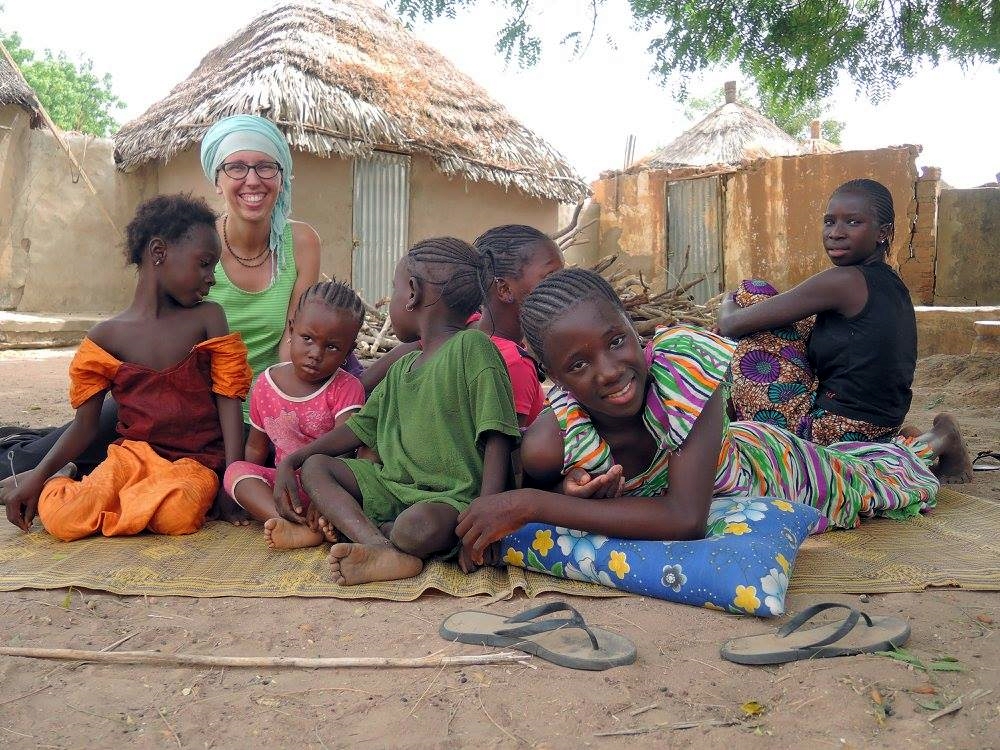 Community Description
Xxxxxx Xxxxx is a small village located in the Niani district of the Central River Region in the Gambia. The village contains 11 large multi-household compounds that are ethnically Wolof, with the exception of one Fula compound. Some features of the village include a small government health post on the outskirts, a mosque, and a small family run Quranic school. The nearest lower basic school is located in the next village 2 kilometers away and there is a full cycle school about 5 kilometers away.

The main source of livelihood is farming and the crops are mainly coos and groundnut. There is also a large focus on gardening outside the village near naturally occurring tributaries of water due to lack of water availability in the village. Due to its small the size, the village has a very strong sense of community and shared burden of work. 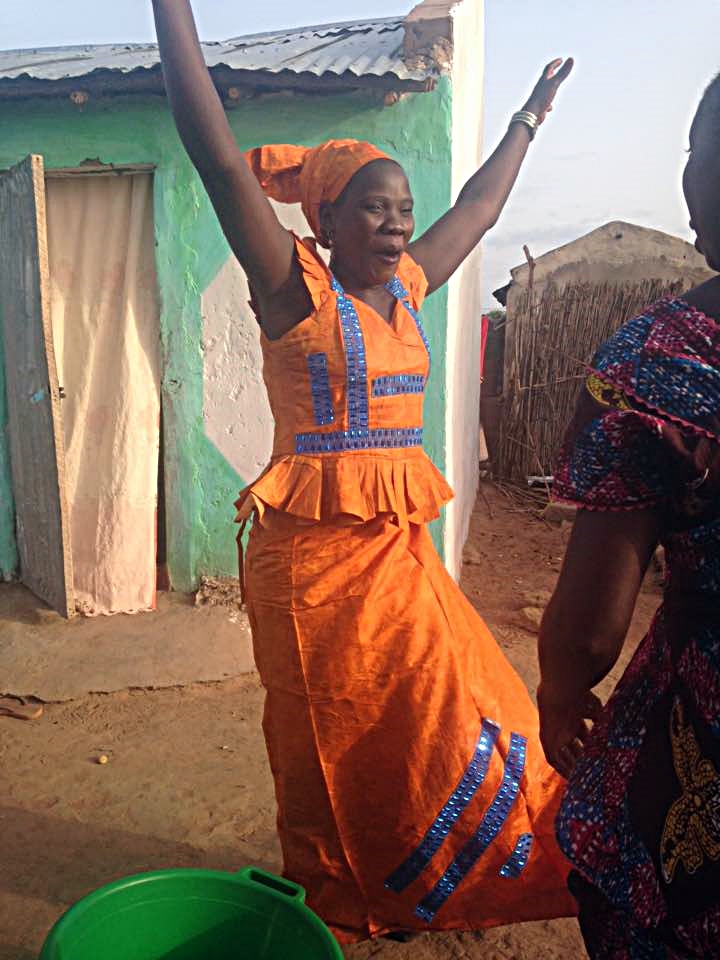 Problem Addressed
The only sources of water are 3 open wells located in the village and one tap that is located at the health post just outside the village.

During an initial community needs survey, every compound in the village listed lack of closed water source as a problem that they would like addressed. All but one of the compounds stated that they fetch their water exclusively from the open wells because the amount of water needed to meet each family’s demand, in conjunction with the distance from their compound to the tap, does not make it a feasible option for them.

All interviewees also stated that at least one child in their compound had suffered from diarrhea within the week prior and ranked diarrheal disease as one of their main concerns.

According to clinic records diarrheal disease accounts for 40% of the cases seen. The burden of water fetching inevitably falls to the women and girls of the village, so a large part of their days are taken up by drawing up the water and transporting it to the compounds. There are also large wait times since there are 3 wells to serve the water needs of the entire community of 300 people

Project Description
The project will provide a water system throughout the community, and convert an existing concrete-lined well in the village to a solar powered borehole.

Water Charity funds will be used to finance the implementation of the following activities to complete the project:

(i) Installing 336.4 meters of PVC pipe network connecting to the existing well,

(iii) purchasing of Grundfos SQ Flex 11-2 pump, four 250-300W solar panels, provision of metal tower and welding of the panels onto it to protect them from breakage and potential theft, 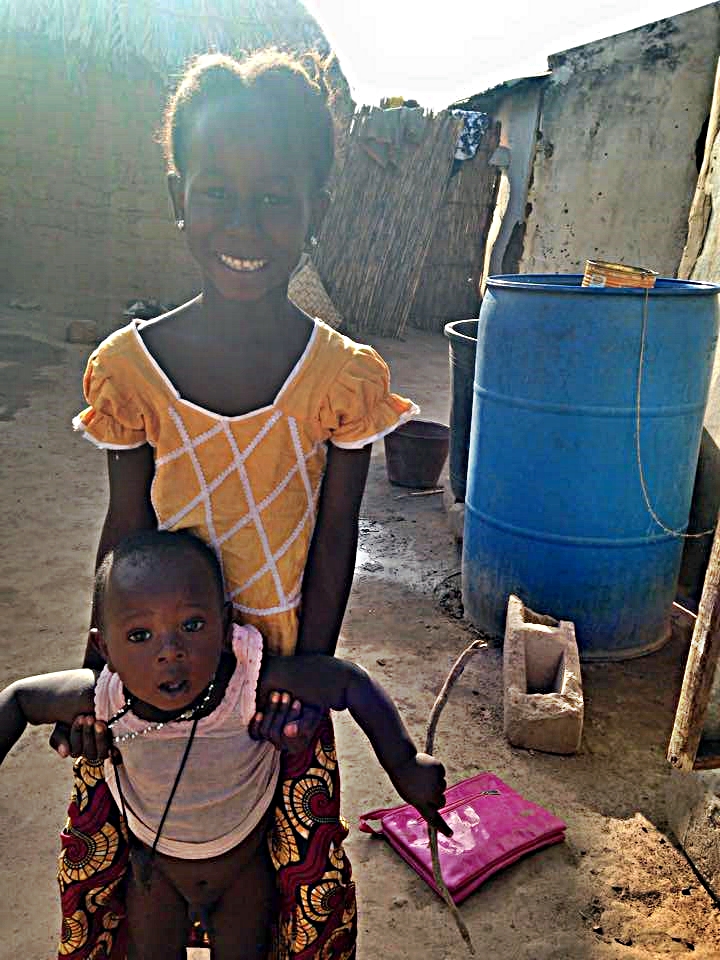 (vi) installing a concrete slab to cover the well to close the water source, protecting it from contaminants.

The community will contribute 25% of the total cost through a combination of in-kind labor supervised by the contractor, food and lodging for skilled personnel, as well as an initial monetary contribution.

The collection of these funds and organization of the community labor force will be supervised by the village water committee composed of three men and four women from several compounds in the village.

The contracting company used for the project will be Waterpoint. The community labor contribution will be the excavation of trenches and laying of pipes to connect the borehole to the taps. Meetings of people that form the village water committee facilitated by PCV counterpart (and head nurse of the local health post) Tamba Sabally have already begun.

An initial fee of 100 dalasi per adult will be collected and contributed to the cost of the installation. Following the completion of the project, the water committee will supervise the collection of a 10 dalasi monthly payment to a village fund that will be kept to pay for future repairs or maintenance on the taps and borehole system.

Following completion, two specific trainings will take place in the village: One will be led by the PCV and staff from Waterpoint on proper tap maintenance and another led by health post staff on water sanitation and hygiene as well as proper water storage.

Project Impact
300 people, the entire village population, will benefit from the project. 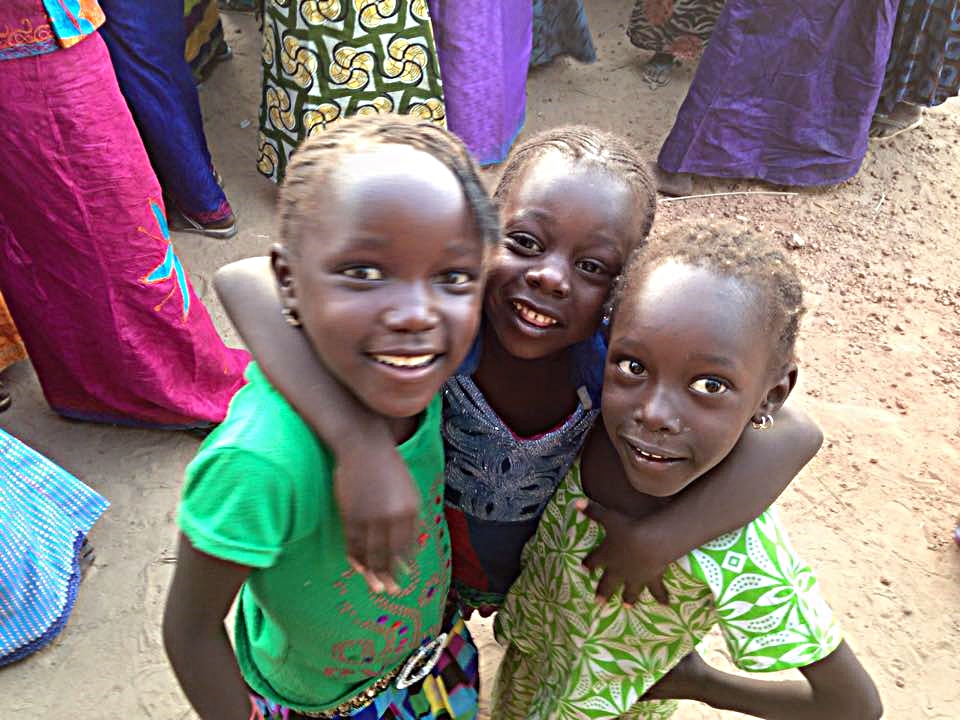 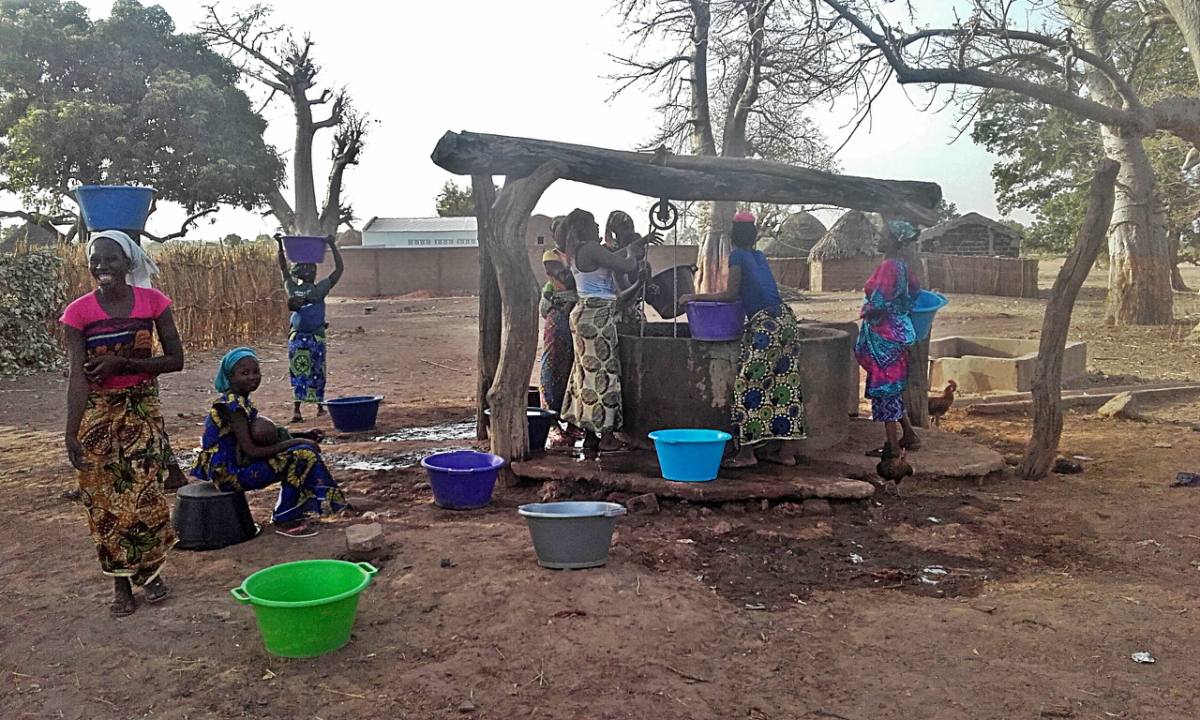 Monitoring and Maintenance
The PCV and counterpart will use the project logic model of intervention to monitor the implementation of the project activities and to track project performance. Similarly, the model will be used to evaluate the immediate outcomes (impacts) of the project as well as the long-term impact whether the intervention has achieved the expected objectives and goal of the project.

The PCV and counterpart will use Peace Corps water, sanitation, and hygiene data collection tools to collect the relevant figures during the project implementation. The volunteer has also recommended that a replacement volunteer be placed in Xxxxxx Xxxxx after her departure to provide support as well as continue monitoring and evaluation.

Sustainability of a clean water supply is the goal of this project. The PCV and the counterpart will further train the water committee members on basic financial administration and management procedures to ensure financial records are up to date and funds are available to pay for routine maintenance cost at all times.

(i) Providing more time for girls to attend school and spend more time studying due to a decrease in the amount of time it currently takes to fetch water,

(ii) higher rates of school attendance for both boys and girls because rates of diarrheal diseases will decrease,

(iii) improved health among all members of the community due to access of clean water for drinking and cooking. 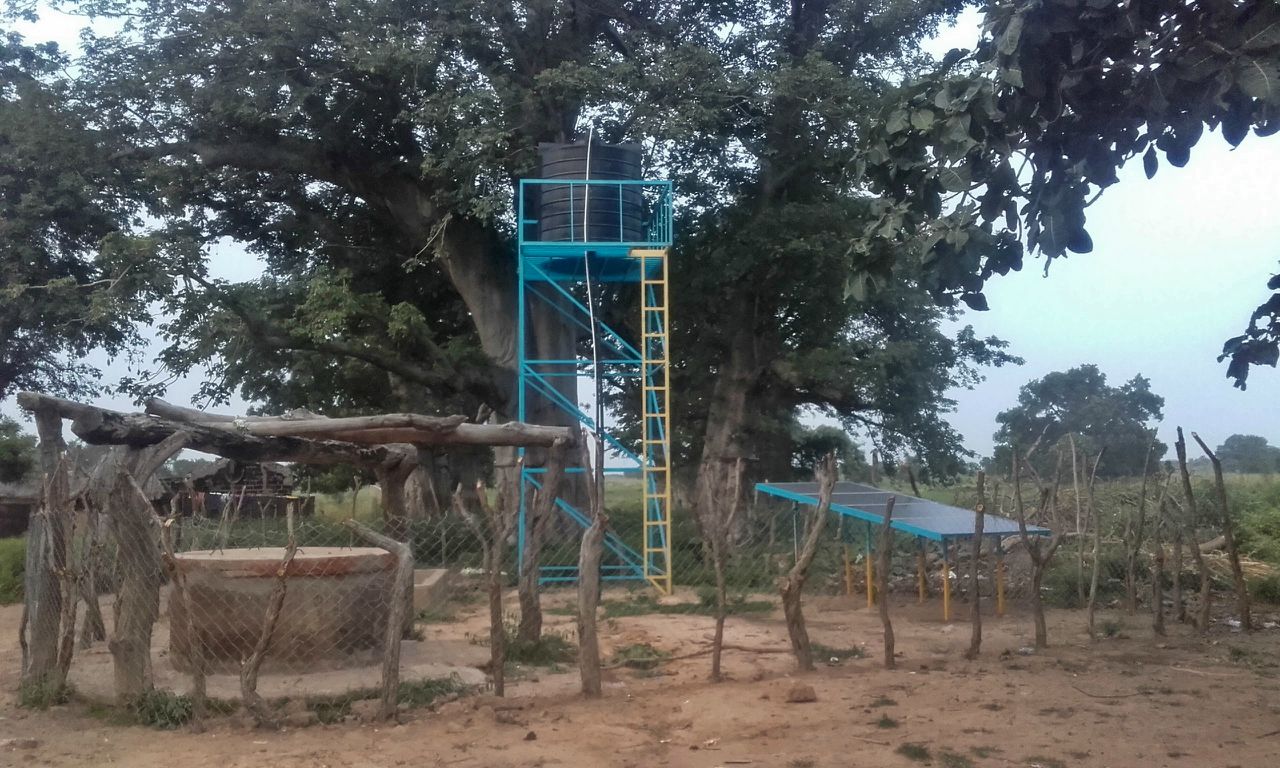 This project has been completed under the direction of Peace Corps Volunteer Meghan Judd. To read about the start of the project, CLICK HERE. 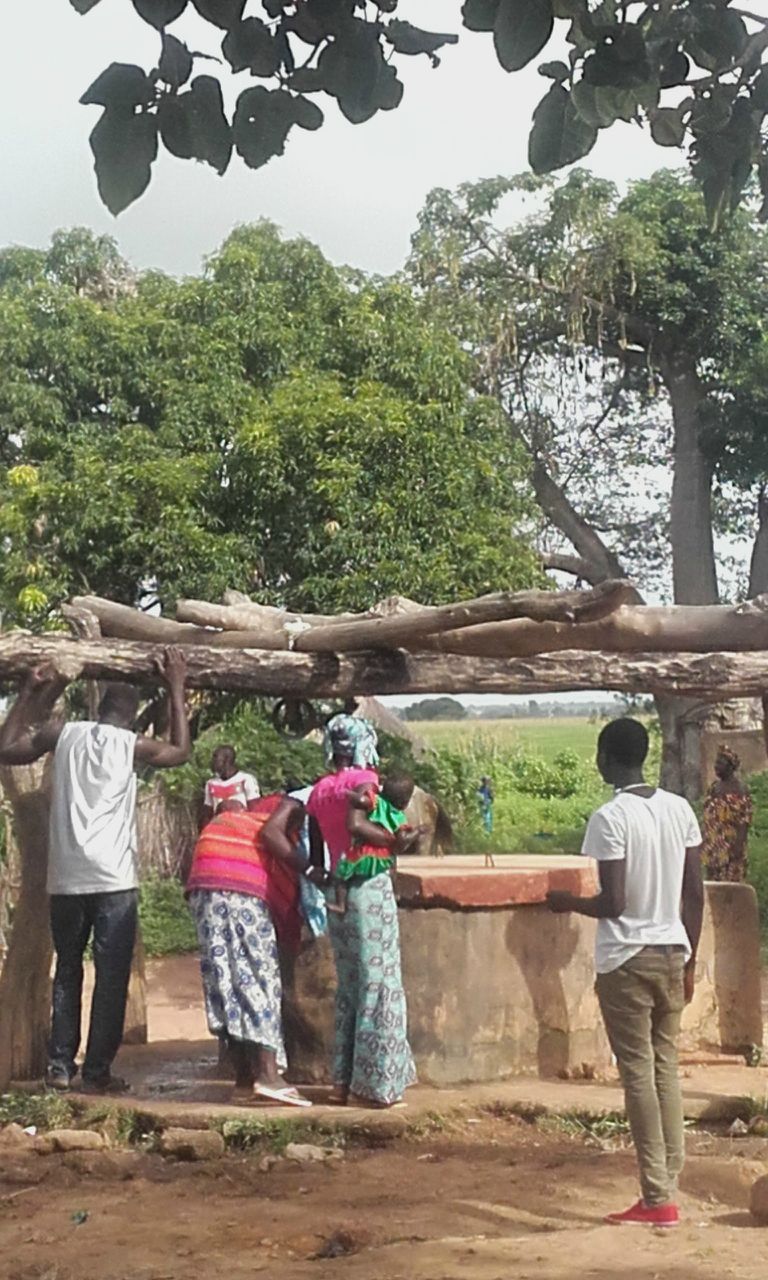 The project was designed to rebuild a borehole by adding solar power, and provide a water system to reach the entire community.

Final Project Report
The project provides a water system throughout the community, and converted an existing concrete-lined well in the village to a solar powered borehole. A month and half post completion of the construction every compound in the village (population 300) reports using clean water from the taps for all of their drinking and cooking.

Water Charity funds were used to finance these activities to complete the project:

(i) Lay 336.4 meters of PVC pipe network connecting to the existing well (water depth 9m).
(ii) Install four taps throughout the village,
(iii) Purchase and insert Grundfos SQ Flex 11-2 into the well, install four 250-300W solar panels which were welded into a metal stand next to the metal tower that holds the 4000L water tank. The original plan was to weld them to the top of the tower but this was not possible due to the placement of the tower and its proximity to a tree. Residual project funds were used to purchase 50m of chain link fencing which was installed by the community to protect the panels and tank stand from breakage and potential theft,
(iv) Build a tank stand and install a 4,000L water tank,
(v) Pay for the skilled labor to connect solar power source to the Grundfos pump, and
(vi) Following clearing of debris and investigation of water quality installed a two-part concrete slab to cover the well to close the water source, protecting it from contaminants.

Timeline of Work
Contract was signed with Waterpoint on August 16, 2017. Followed by a seven-day mobilization period, construction began August 24. The initial work was delayed one day because of travel issues crossing to the North side of the river because of high automobile traffic congestion due to the proximity of Tobaski (a religious holiday). 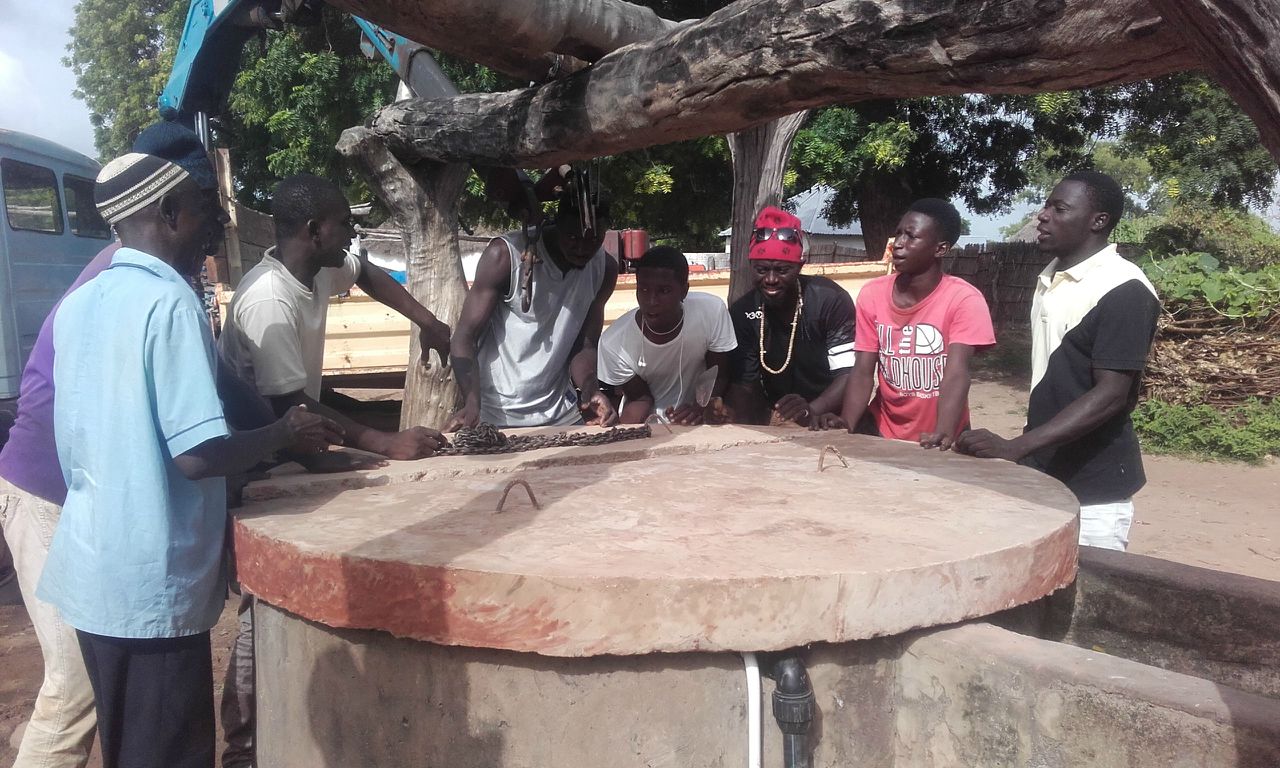 Following arrival digging and pipe laying work commenced. The main labor was done by community members supervised by the foreman of the Waterpoint work crew. The excavation and backfilling was completed within 5 days.

The remainder of the work crew was working on tank stand construction which included cutting the square metal pipes it is composed of and welding them together. On the last day of construction, the generator to power the welding equipment began to malfunction but they were able to complete the work they had planned so work remained on schedule.

On August 29 the contractors returned to their homes for Tobaski. The holiday began on September 1 and celebrations concluded on September 5. Then for the following four days maintenance was done on the welding machine which had had a breakdown shortly before they departed for the holidays.

On September 9 contractors return and all welding work was completed. The tank stand was painted and cemented into its final location. The water tank was installed and connected to the water source. The final two days of construction an additional team of workers including the electrician arrived and began work on the installation and connection of the pump to the solar power source.

On September 15 construction was completed and all 4 taps were (and continue to be) fully functional. 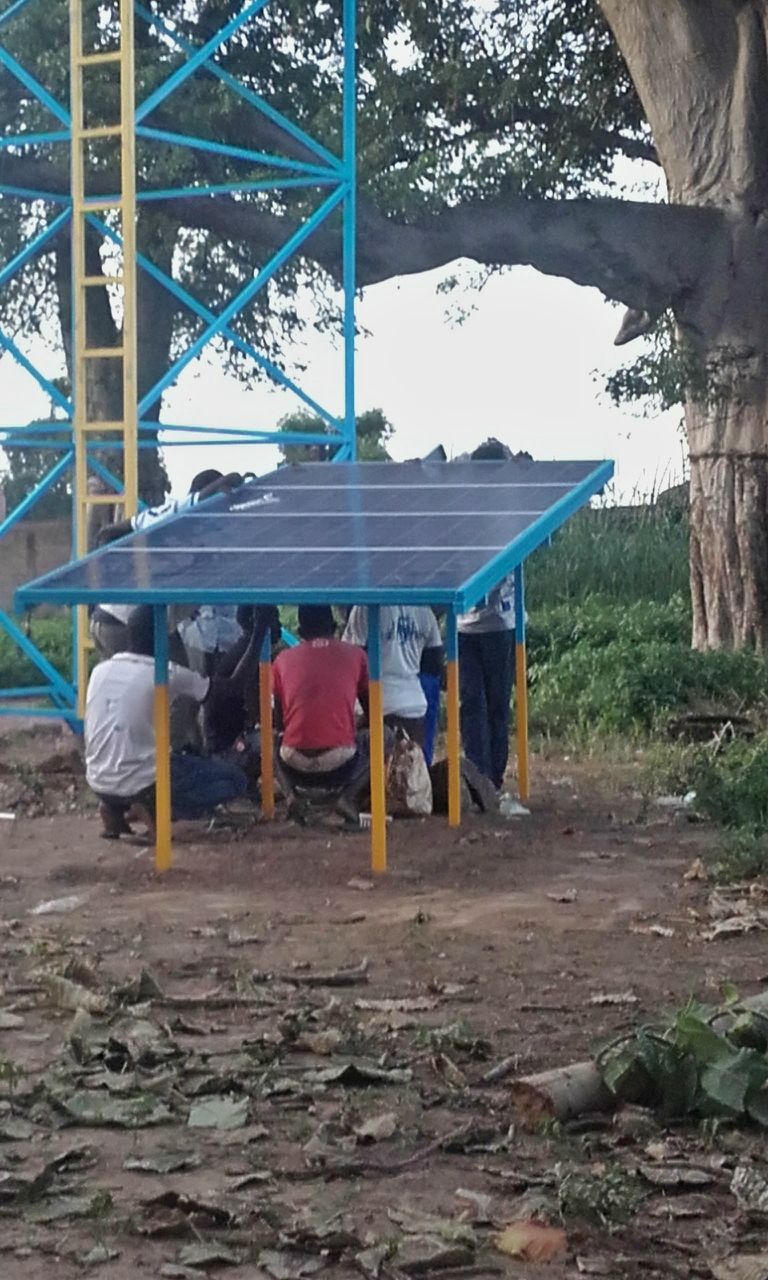 On Sept 23 the water committee had a meeting to discuss the collection system that had been put into place. The final system was set up so that people contribute to the communal fund based on the amount of water they are fetching daily. The committee also discussed the need to protect the newly constructed equipment from children, animals, and theft so it was determined that with the chain link fencing that was bought with grant fund would be installed by the community.

On September 30 the community completed fence construction and since then there have been no problem with animals or children getting too near the panels.

As of November 5, the community has collected D3500 into a communal account designated for future repairs. The money is collected by the water committee cashier and stored in a community bank account. There has also been a 10% decrease in diarrhea cases seen at the local health post. Eight teenage girls have gone to the bigger cities to pursue secondary education and two girls have been newly enrolled in the local lower basic school. All of them as well as their parents have stated that the installation of the upgraded water system was a heavily contributing factor to these events. This is due to the fact that women and girls in the village have reported a 20% decrease in water related stress. Monitoring and evaluation continues on the project and will be taken over by the incoming replacement volunteer.

QUOTES FROM THE COMMUNITY (paraphrased from local language)
“You have really helped the women in Njoben. Waiting to fetch water was very difficult and took a long time, but with the taps it is much easier.”

“I used to worry about what I would do when my younger sisters returned to boarding school and I had no one to help me cook and fetch water for the family while also taking care of my twin babies. But now that water is easier to get, I can worry less and be happy that they are going to school.”

“Clean water is the most important. Now that we have that we can work on making other things better”

We extend our thanks to Meghan for completing this important project. 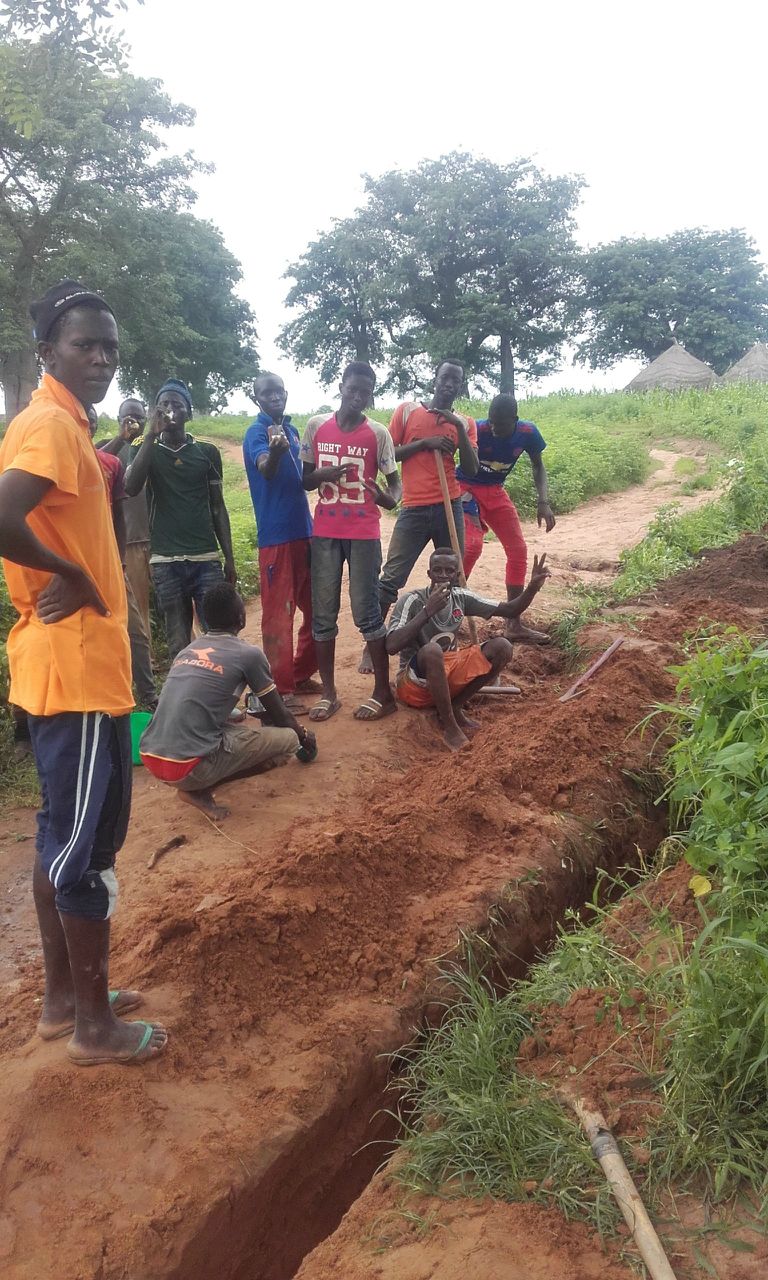 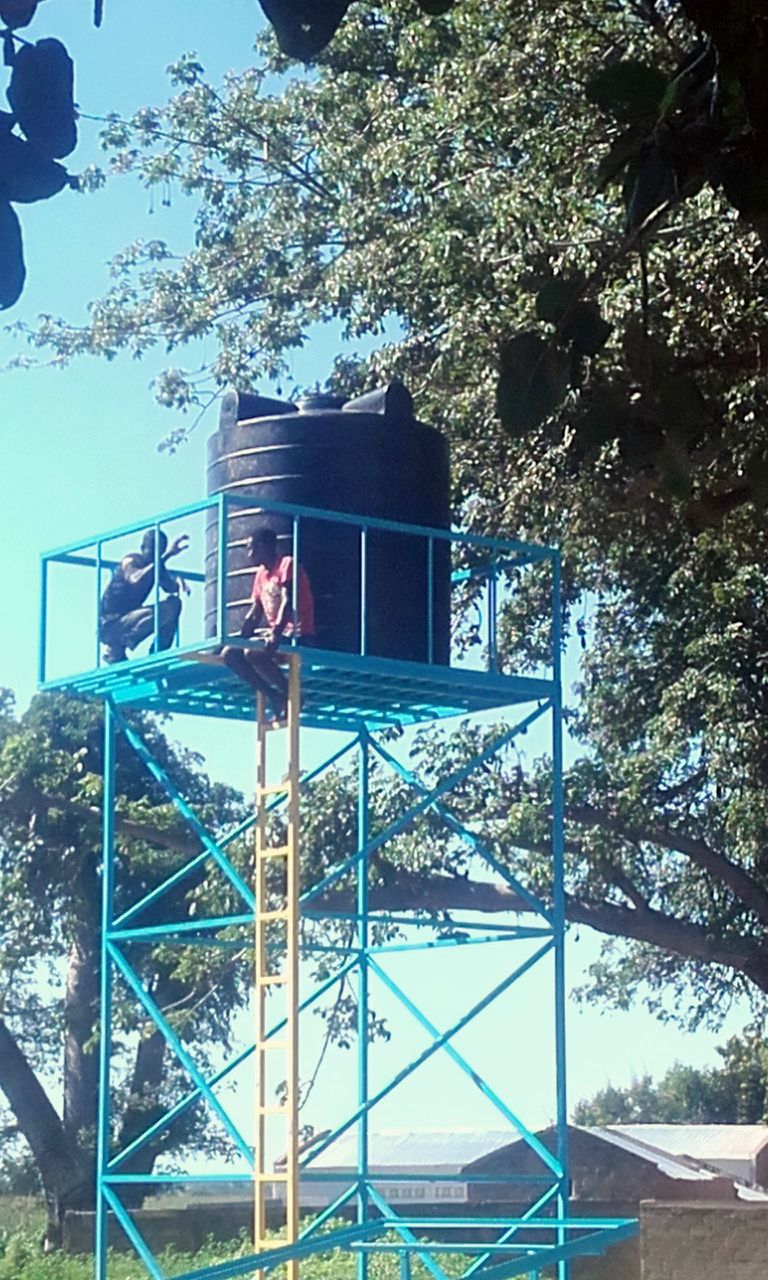