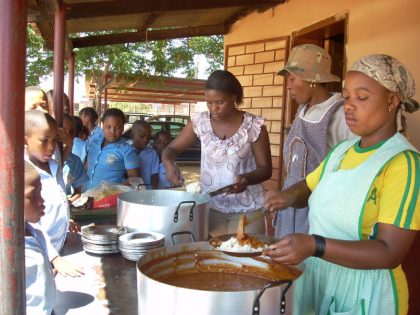 Community Description
Jericho is a rural community of 13,000 people in the North West Province of South Africa. Jericho faces many challenges due to the impact of the HIV/AIDS epidemic, unemployment, and poor service delivery.

Though located only 80 km northwest of Pretoria and 40 km north of the closest town of Brits, service delivery in Jericho is very unpredictable. The vast majority of residents and organizations within Jericho get their water from taps in their yards or houses. However, the municipality often cuts off water to part or all of the village for weeks or months at a time. 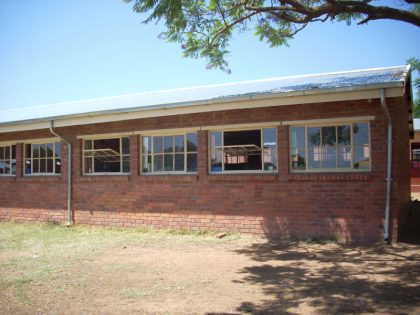 Currently, there are people in Jericho who have not had water at their homes since June and have had to walk to other parts of the large village with wheelbarrows to collect water.

Mmatope Primary School serves 387 children in grades R (kindergarten) through 6, 56 of whom a considered to be Orphans and Vulnerable Children (OVCs). The principal and teachers are dedicated to educating and empowering the learners despite the challenges they face coming from a rural community.

Although the school is able to provide enough drinking water for the learners through storage tanks on the school grounds, there is not sufficient water available to irrigate the school garden. The Department of Education requires each school with a school lunch program to create a garden to provide fresh vegetables to the learners, but Mmatope Primary School has struggled to start their garden due to the lack of a consistent water source. 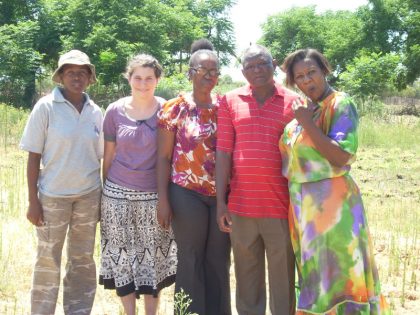 Project Description
This project is to provide a rainwater collection and storage system for the school. Rainwater will be collected off the roof of the classroom block adjacent to the garden and piped into two tanks.

The rainwater will be used to irrigate the garden throughout the year as well as a backup source of water when the municipal water has been turned off and the other tanks are depleted.

The garden will also be designed using permagarden techniques learned by the PCV and her counterpart, the school gardener, at Peace Corps South Africa’s permagarden workshop.

The garden will benefit not only the learners and educators, but the greater community as the school will donate excess vegetables to the families of OVCs and elderly community members who are unable to garden at their own homes due to lack of water.

Project funds will be used to purchase the tanks as well as bricks and cement to build the stands for the tanks. Parent volunteers will contribute the labor needed to complete the project.

Project Impact
387 learners and 18 educators, support staff and volunteers at Mmatope Primary School will benefit from the project.

Comments
This project uses the appropriate technology to attack the problems of lack of water for irrigation and shortage of water in general during the dry season. It utilizes existing improvements and resources to implement the project rapidly and effectively.

We encourage others to continue to donate using the Donate button below, and we will notify Rebecca of your donation. Additional funds will be used to fund the next project by the PCV and/or other projects in the country of service.