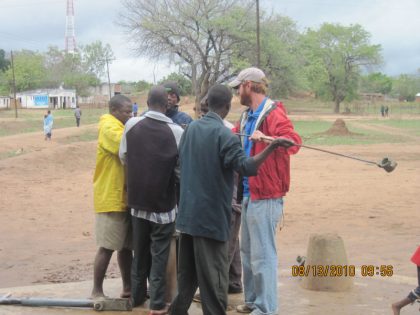 Community Description
Misomali is located in the Chikwawa District of Southern Malawi. It is included within the Phwadzi catchment area, approximately 35 kilometers up Chapananga Road off the M1, a major paved road.

The area is under the leadership of Senior Group Village Headman Misomali and Traditional Authority Chapananga.

This project will take place within Misomali. The area is under extreme land pressure as it is heavily populated and approximately 6 kilometers wide, wedged between two nationally protected areas, Majete Game Reserve and Lengwe National Park.

The area is one of the hottest districts in the country and receives some of the lowest annual rainfalls, making water conservation and usage paramount to daily living. 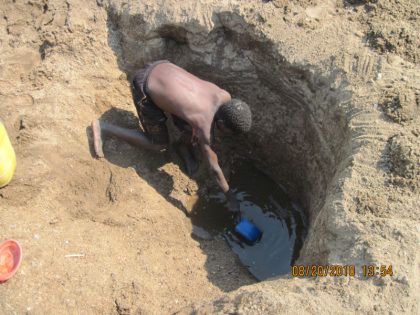 Misomali is primarily a subsistence farming community, as are most rural communities in Malawi. There are some farmers who are also small business owners, selling goods locally. The community has both a primary school and a community day secondary school.

The village also has a privately run health clinic funded by the Catholic Church. Most relevant to the project community are the borehole committee and the women who are left with securing water for all of their families’ needs.

Currently, there is only one borehole in the community, but there are boreholes in surrounding areas ½ kilometer away. Unfortunately because of population density, distance, and long lines to use the borehole, many villages are forced to draw water from a dry riverbed that is dirty and unsafe.

The borehole committee in the community will have a great influence on the success of the project. There have been previous attempts to repair the borehole that resulted in water being restored, but the results could not be sustained.

Organizational problems, the lack of trained technicians, and the unavailability of replacement parts were identified as primary problems.

Learning from prior experiences, a new borehole committee was established. Care was taken to assemble a committee that was gender-balanced, and included motivated and responsible persons, determined to work to maintain the borehole for the community. 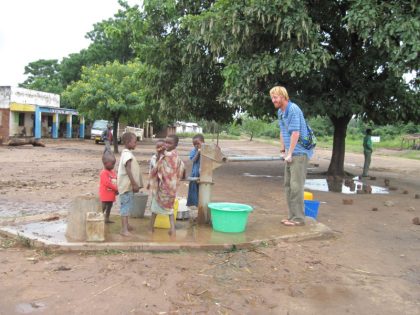 Project Description
This project is to restore the borehole in Misomali to full functionality and to ensure that it will be maintained in the future.

Also included is the training of the committee so they will be able to address all future issues as they arise. The training will be conducted by government workers over several days and will result in the necessary proficiency.

Project Impact
Misomali village has approximately 400 people who will directly benefit from the project.

Comments
The entire community will benefit from readily available safe water. The benefit from being able to retrieve water nearby, without an inordinate wait, will inure most directly to the women of the community.

This simple low-cost project builds on sustainability, with its focus on proper organization, the inclusion of a training component, and the due attention paid to future needs.

Dollar Amount Needed
$0.00 – This project has been fully funded through the generosity of James Berg, of Scottsdale, AZ, USA, with the following dedication:

This donation is made in the name of the Thomas Ratterman Family: Tom, Jane, Chris and Dan.

We encourage others to continue to donate using the Donate button below, and we will notify Patrick of your donation. Additional funds will be used to fund the next project by Patrick and/or those of other PCVs in Malawi.