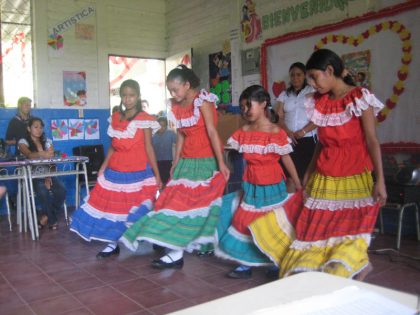 Community Description
La Tejera is located within the municipality of Perquín, Morazán in Northeast El Salvador. The community is made up of approximately 80 working-class families. Most of them generate income through agriculture, logging or working as auto mechanics. Many in the community receive remittances from families living and working in the United States, as means of covering basic needs like food, clothing, education and household utilities. 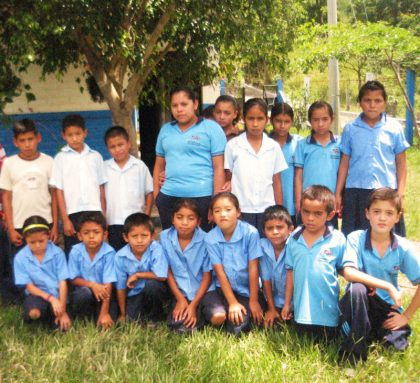 The community has a very active ADESCO (local development committee), which is highly committed to working toward the betterment of their community. La Tejera’s ADESCO has worked very closely with the community’s Peace Corps Volunteer in researching possible solutions and funding sources for locally driven development initiatives.

In coordination with the local private school, the ADESCO is currently working on a number of local development projects. These include a wetlands system for treating black water and number of initiatives supporting the local maternal health center that serves prenatal and postnatal women all over the region of Northern Morazán and even parts of Honduras. 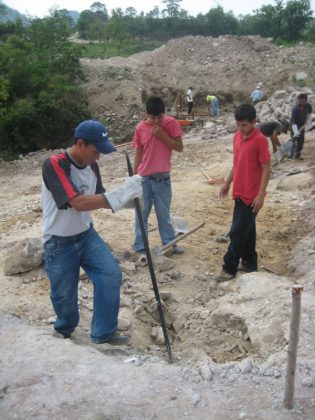 The most recent rainy season was stronger than usual in Morazán and wreaked havoc upon already eroding terrain and overloaded sanitation systems. The La Tejera Public School sanitation system, which currently consists of two latrines, was greatly damaged during this period. Large amounts of rain, poor irrigation and a disproportionate student latrine ratio resulted in a maxed-out sanitation system. Raw sewage flowed into the school soccer field and playground, dengue-carrying mosquitoes flourished in the saturated grounds of the school and students and teachers were forced to relieve themselves in the surrounding woods of the school area.

This event greatly contributed to the further contamination of limited potable water sources within the community. The ADESCO and their Peace Corps Volunteer have identified the completion of new school bathrooms as the top priority for 2011.

The project will also connect the restroom facility to a newly initiated wetlands treatment system, constructed by Engineers Without Borders, located on the grounds of the local private school. This wetlands system has been specifically designed and located to deal with all the stresses of rainy season and eventually serve the entire community of La Tejera. The private school administration has committed to helping with the connection and maintaining it in the future. 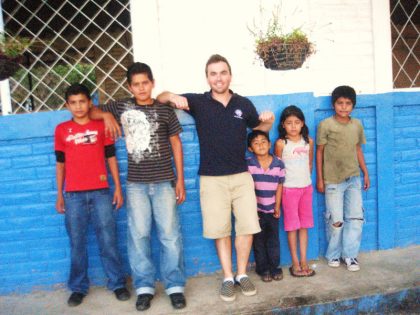 The project will build upon a poorly designed and abandoned 2001 project, conducted by an international NGO, which constructed a restroom structure, with separate facilities for boys and girls, and an incorrectly placed septic tank that quickly flooded and became useless during its first rainy season.

Project funds will be used to purchase PVC tubing to connect the restrooms to the wetlands project, PVC cement, two additional toilettes, cement to complete installation of toilettes, and PVC connecting joints.

La Tejera’s ADESCO has secured a private donation of 2 toilettes, welding materials and equipment, transportation of materials and the time and labor of school parents and community members.

The ADESCO, school administration, school parents, and the community at large are very committed to this sanitation project and are ready to immediately get to work and complete the project before or during the beginning of the 2011 school year.

Comments
Because the project will connect the restrooms to a wetlands project located on the grounds of the private school, an opportunity is created for cross-institutional cooperation and the beginning of a productive work and development relationship.

Furthermore, the successful and rapid completion of the project will instill within the ADESCO and leaders of La Tejera a sense of accomplishment and give them a tangible success with which to share with the greater community, thus promoting the importance of community and grassroots driven development efforts.

Dollar Amount Needed
$0.00 – This project has been fully funded, through the generosity of Gayle Blakeney, of Pacific Palisades, CA, USA, with the help of friends and family of Peace Corps Volunteer Daniel Hinkle.

We encourage others to continue to donate using the Donate button below, and we will notify Daniel of your donation. Additional funds will be used to fund the next project by Daniel and/or those of his counterpart PCVs in El Salvador.