Community Description
The Danube Delta is the second largest river delta in Europe and is the best preserved on the continent. It is a low alluvial plain, mostly covered by wetlands and water. It consists of an intricate pattern of marshes, channels, streamlets and lakes.

The greater part of the Danube Delta lies in Romania, while its northern part, on the left bank of the Kiliya arm, is situated in Ukraine (Odessa Oblast).

Kiliya is a small provincial city on the Danube River, neighboring Romania, near the Black Sea. It is an important confluence of waterways and provides a habitat for many wetlands species of amphibians and birds. 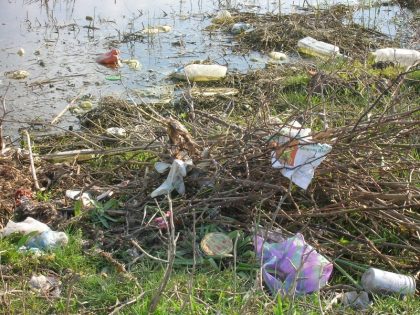 The town has been stricken economically by the cessation of port activity since Soviet times, and general financial problems in Ukraine. Pollution exists from many decades of manufacturing and mining abuse followed by neglect due to lack of information, education and/or finances.

The problems resulting from pollution are too large to be resolved at once. These problems include air pollution from outdated facilities and lack of public governance, poor water quality in most major cities, and polluted water tables in rural areas. However, small steps can be taken to begin to attack the problems and raise awareness.

The water in Kiliya is not safe to drink. There is a mountain of plastic litter along shores and paths, and garbage dumps degrading the waterways. Because of this accrual, there is noxious algae buildup in many parts of the water systems. 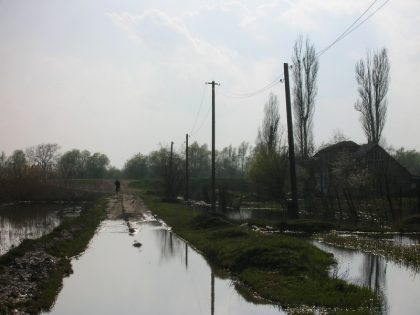 Yet, there is a complete lack of public information about the negative health effects from polluted waterways. The people drink water and eat fish from the waterways, and swim in the river and its tributaries and canals.

There are public wells that are used daily that take water from the polluted water table. This water is used daily by many inhabitants for home use, including cooking and washing.

Project Description
This project is to engage in a publicized Clean-Up and Conservation effort in the public access areas of the Danube River banks in the wetlands area.

A core group of about 35 volunteers who work with the ecological NGO “Zhavoronok” (“Skylark” in Russian) will dedicate themselves to removing litter and debris from the River banks and marking the public access areas as “This Area Adopted by Zhavoronok”. (This follows the model of the “Adopt-A-Highway” program of litter removal in the U.S.)

Project funds will be used for tools (rakes, hooks & hoes to retrieve debris from marshy areas), supplies (gloves, heavy-duty bags, etc., for litter removal), transportation and legal dumping of waste (hiring truck/driver to haul debris away from clean-up site), and incidental costs for the wellbeing of the volunteers.

This project is part of a wider effort that Zhavoronok is engaged in to educate the public, and especially schoolchildren, about environmental issues, including the benefits of good ecology in the wetland area. 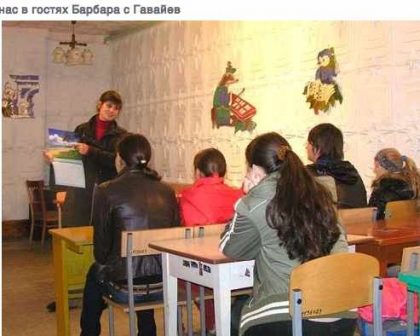 Comments
This project will help the Ukrainian people become aware of the problems associated with unclean & unsafe water, and demonstrate methods to address the issues.

In addition, the project will instill a sense of accomplishment in the participants, and show what can be done by a widespread community effort. The cleanup will have an immediate impact, but the publicity will have the added effect of changing attitudes and raising consciousness. It has the potential of being scaled up and sustained, as the effects are seen and more people are motivated to take part in improving the conditions of the natural environment.