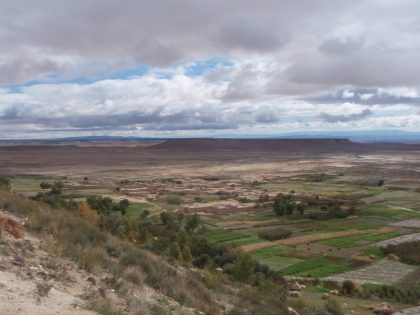 Community Description
Iztate is one of the small “douars” in the village of Khoukhate, a village that relies almost exclusively on agriculture and sheep herding for its survival. Khoukhate is located in the Middle Atlas region of Morocco in the shadow of the Eastern High Atlas Mountains.

The entire village of Khoukhate contains approximately 1400 residents, and according to the most recent Ministry of Health statistics available, 471 individuals reside in Iztate in 62 different households. 37 are between the ages of nine months and five years of age, while an additional 91 are between the ages of five and fourteen. 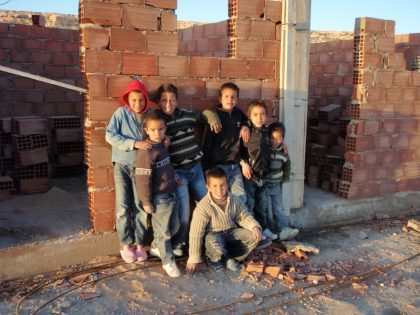 Of the 91 school-age students, 58 are currently attending the Iztate primary school.

The community is tightly knit and the majority of residents are related to each other through blood or marriage, with virtually no immigration. Families have lived in the same houses and farmed the same land for generations, and the village feels far removed from the fast-developing cities of Morocco.

Electricity was installed just seven years ago, and there is still no running water, paved roads, or health services.

(1) Completion of a school bathroom project, and

(2) Installation of a pair of public toilets in the center of the community. 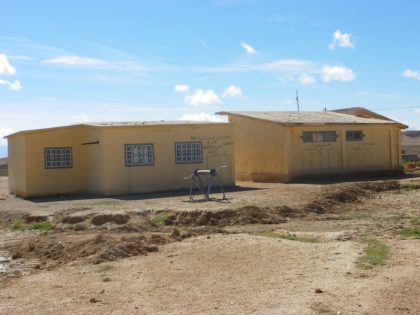 Completion of the School Bathroom Project (50% of project funds)
In late December 2009, the PCV in Khoukhate began working with the community of Iztate and the director of the primary school to construct a set of toilets for the school. To that point, the school had no toilets or running water. At the same time, the ministry of infrastructure began a project to bring running water to Iztate, and promised to include the newly constructed toilets in the coming water system.

Construction of the toilets progressed with this promise in mind, and the toilets were completed. However, problems between the local government office, the ministry, and the community arose, and it became apparent that the running water would not be forthcoming.

Project funds will be used to purchase a small pump, a water tank, and the necessary piping to bring water from a nearby well into the school toilets. The well and pump will be protected by a small locked structure, which will keep pollutants out of the water and keep the pump safe and dry. Finally, a small a mural will be painted on the side of the toilets to illustrate the importance of hand washing.

Installation of public toilets (50% of project funds)
The second part of the project is to install a set of toilets in the center of the village for use by the public. There are a large number of houses in Iztate that do not have bathrooms, forcing residents to use the surrounding fields and gardens for this purpose.

Iztate is a relatively densely populated and compact douar, and this lack of proper sanitation practices has contaminated the ground to the extent that the well water has become undrinkable and residents must carry their water from one of the natural springs.

A pair of public bathrooms in a central location will provide residents with a sanitary alternative to relieving themselves outdoors. Their placement just outside the mosque, where nearly everyone goes to pray five times a day, will make them a convenient alternative as well.

An empty room attached to the mosque will be used to house the toilets so that the toilets and plumbing can be installed without the necessity of constructing a new structure.

The men of the village will provide all of the labor for this project.

Comments
The combined parts of this project provide a great benefit for the school and the community for a small dollar amount. The first part makes the school toilets serviceable by providing running water. This exemplifies the objective of Appropriate Projects to “finish” projects that have been started and make them functional.

The second part, a public bathroom in the middle of the town, serves a vital public health function for the entire community by protecting the groundwater from pollution by human waste and greatly improving overall sanitation in the community.

Dollar Amount Needed
$0.00 – This project has now been fully funded, through the generosity of The Soneva SLOW LIFE Trust as a part of their Clean Water Projects initiative.

We encourage others to continue to donate using the Donate button below, and we will notify Peace Corps Volunteer Cynthia Berning of your donation. Additional funds will be used to fund the next project by Cynthia and/or those of her counterpart PCVs in Morocco.