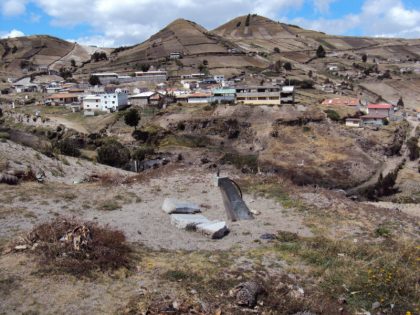 Community Description
Guangaje Centro is the second largest community in the parish of Guangaje, in the central Ecuadorean province of Cotopaxi.

Guangaje Centro lies in the center of the mountainous parish, at approximately 3,700 meters, and is populated entirely by indigenous, kichwa-speaking people. The community is an hour and a half from Latacunga, the capital of the province, and approximately four hours from Quito.

The parish is the poorest in the country, partly due to a shortage of water. Dry soil results in poor crop yields that cannot be sold at market, and also contributes to high rates of malnutrition in the area, especially among children. 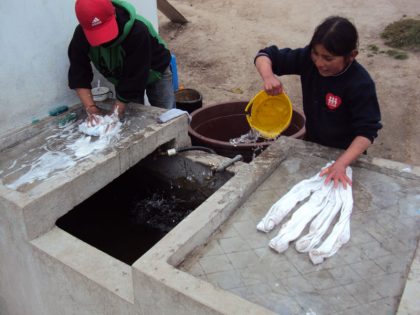 Currently, eight public ¨lavanderías¨, or washing basins, serve the vast majority of Guangaje Centro´s 100 families. Only between five and ten households have private lavanderías, and these often run dry during the summer months of August and September.

Lavanderías are used to wash clothes and kitchenware, and during dry months, when a second, less reliable, water source often runs dry, they are the sole source of water for each family.

The eight public lavanderías are insufficient for the community’s needs. Because of overuse, the majority of the existing basins are also in an advanced state of disrepair.

Project Description
The Guangaje Centro Water Junta and the Guangaje Junta Parochial
will construct a series of public lavanderías. These will be built along the existing water line, where the current lavanderías already exist, and will supplement the current dilapidated basins. 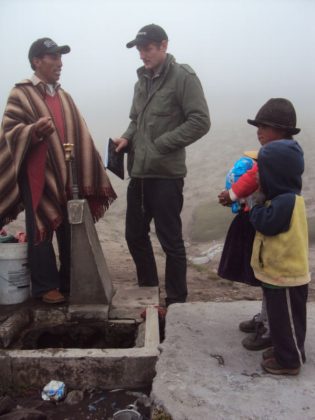 In particular, project funds will be used to complete lavanderías in the three most highly-populated and underserved areas of the town. Four new lavanderías will increase the total number of basins by fifty percent.

Many of the working male population of Guangaje Centro support their families by traveling outside the community to work temporary construction jobs in the Sierra or Amazon. As a result, the community already possesses the knowledge and skill to build the lavanderías.

Specifically, project funds will be used to buy and transport raw materials: concrete, tubing, and metal frames. A community “minga”, a group work effort, will complete the work in 3-4 full-day sessions, held over the course of two weeks.

The project will be spearheaded by the local Water Junta, responsible for the construction and maintenance of all community water projects. Peace Corps Volunteer George Beane will work closely with Juan Manuel Guanina, the elected president of the Junta (and a construction professional himself, with experience building lavanderías) who will be responsible for organizing the minga and supervising construction.

The project also has the support of the Junta Parochial, in particular, member Maria Nicolas Tipan, who will help organize the community work crews responsible for the construction of the lavanderías.

Comments
This is a needed project to improve the well-being of the entire community. The lavanderias will not only serve the necessary function of providing a convenient place for daily washing of all types but will also serve as a method of storing water during the dry season.

We encourage others to continue to donate using the Donate button below, and we will notify George of your donation. Additional funds will be used to fund the next project by the PCV and/or other projects in the country of service.