Community Description
Fetekou is a small community in the northwest of Benin, comprised mostly of farmers and local merchants. With less than 2,000 inhabitants, it provides vegetables for the entire commune of Kerou, as well as two other communes in the surrounding area.

70% of the population is under 20 years old. There is no electricity or mobile phone service. 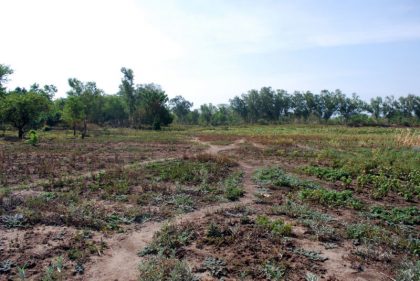 Fetekou has no running water only one river and few wells as water resources.

There is one main garden, which is cultivated by three women’s groups. There is a small stream that provides water to the garden. On each side of the stream, women cultivate gardens for about 10 meters.

The mayor of Kerou has drilled holes deep enough to reach the local aquifer but hasn’t provided amenities to extract the water. During the last two to three months of the hot season there isn’t enough water for the women to maintain their gardens.

Project Description
This project is to build a windmill water pump to provide water for the women’s garden of Fetekou.

During the dry season there is plenty, if not too much, wind. The water pump will extract water from the already drilled holes and store it in a reservoir that is 10 meters away from the stream. This will allow the women to not only have water during the dry season, but also cultivate another ten meters of farming space.

During wetter seasons, the windmill can also be used to spray water onto the garden, thus lowering the women’s burden of watering the garden by hand, which is usually done with a basin carried from the stream and a bowl which is used to disperse the water.

The Peace Corps Volunteer will work with Hubert Sanni Gbiribou, a local farming expert who was trained at the Songhai University and works for the Mayor of Kerou, to build the windmill.

The Mayor’s office will be providing 60% percent of the funding for the entire project. They will be paying for the transport, lodging, and per diem for the technician who is building the windmill.

Also, the Mayor’s office will be funding the construction of the reservoir.

Kerou Commune High School has identified five of the best science students, one of whom is from Fetekou, to start an apprenticeship to learn how to build the windmills. The Mayor’s office will be paying for the apprenticeship, as well. 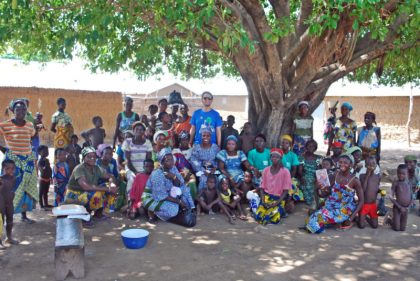 Project Impact
The three women’s groups, comprising 75 women, will benefit from the project. The food they will be producing affects the entire commune of Kerou, 60,000 people, and three surrounding communes.