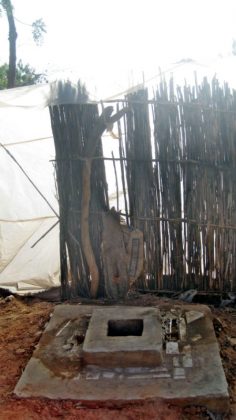 This project has been completed under the direction of Peace Corps Volunteer Aimee Constantineau. To read about the beginning of the project, CLICK HERE.

The project was designed to build 10 latrines in the village. However, the decision was made to instead build 5 high-quality latrines.

The project has successfully been completed, and has helped to establish the standards that a future collaboration with Engineers Without Borders will follow in the coming year.

We had originally planned to construct 10 latrines, but in order to build solid latrines with no chance of collapse, and at the depth that we wanted, our funds only allowed us to build five. The Health & Hygiene Committee that directed the project came to the conclusion that structurally sound latrines, with a guaranteed life-span of at least three years, was more important than many latrines made according to a lesser standard.

In order to rectify the loss of five latrines, the committee allocated the latrines in a manner that would reach the most people in the village. They chose a combination of households with over 30 people, and clusters of households that have an established practice of latrines sharing. Overall, over 100 villagers were provided access to a latrine. 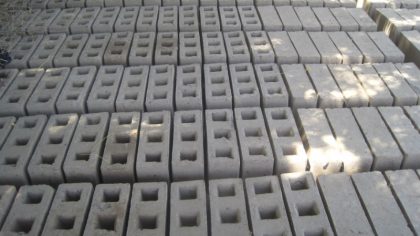 My counterpart and I purchased the materials at the local road town, and an assortment of villagers volunteered to cart the supplies into Tanda. Some of the households receiving latrines didn’t have access to a cart, and other villagers stepped up to help. Each household receiving a latrine was given a ticket with their allotted materials, and they were able to go to a central point to collect them all.

Once the materials were in village, the households began to dig their holes, and the masons came to start making the bricks. A few days later, the first latrine was built.

The final designs were pits that are 2 x 2 x 2m, brick lined, with a cement and rebar slab on top, and with PVC piping for aeration. The teams of masons were able to build the five latrines over the course of two weeks.

EWB engineers were also able to do a site visit during this time, to understand the supply chain, meet with the villagers and the health committee, and prepare for their upcoming latrine project in the village.

We are grateful to Aimee for completing this project, and it is apparent that useful experience has been gained. The benefit of using an initial Water Charity project as a model for a broader project, to be undertaken by Engineers Without Borders, has been shown. 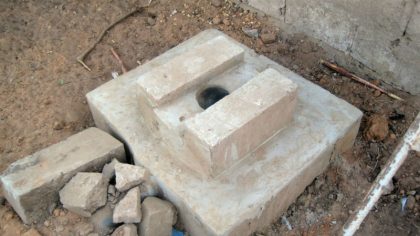 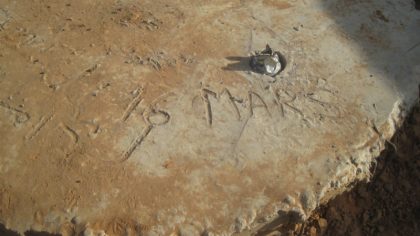