This project has been completed under the direction of Peace Corps Volunteer Stephanie Sales.

The following is Stephanie’s conclusion report: 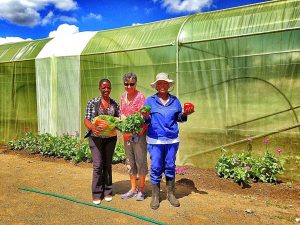 The scope of the project was to install spray irrigation on 1,120 square meters of farm land on the grounds of the St. Camillus Center for Orphans and Vulnerable Children by December 2015. The irrigation project was launched in support of the Centre’s long-term goal to transform approximately 4,800 square meters of low-producing, rain dependent farm land into a high-yield commercial farm that would allow the Centre to gain income and reduce dependency on donations.

Completed Work Effort
Phase 1: Detailed planning was led by our Conservation Agriculture consultant, Thabang Mpokathe, who is the Director of the Qalakheng Evergreen Farms, (QEF) and Sister Juliana Manele, who is the Director of St. Camillus. A three-year crop rotation plan and budget were developed to inform the choice of selecting a spray irrigation system for 1,120 square meters supplied by centrifugal pumps from a borehole. The office manager, Rethabile Lipholoana utilized the Centre’s financial income and expense management system to maintain safe and secure processes for funds utilization.

Phase 2:  Materials and supplies were purchased both in South Africa and Lesotho at the best price available. Sr. Juliana sought out community residents who were most in need of work to complete the digging, laying of pipe and borehole tank renovation while Ntate Thabang guided every step. Ntate Thabang completed the most complex tasks of managing the installation of the irrigation valves, joins, pumps, and water pressure management. During this time St. Camillus farm laborers were taught how to regularly assess the irrigation system for leaks and report issues.

Due to the Centre’s funds management, we were able to go well beyond our initial estimates and extend the irrigation system to an additional 500 square meters of land and augment the irrigation previously installed where dry spots were occurring. In addition, Ntate Thabang was able to renovate the water tank for the chicken coop and create a new extension to pump water to the tank thus significantly reducing the risk of the poultry layers not receiving sufficient water.

Phase 3: The final stage was completed per the project schedule when the field’s seedlings were planted, fine-tuning of the water spray to ensure coverage was completed, staff was thoroughly trained in managing the watering, and the Centre’s financial plan fully documented that project funds were used expressly for materials and activities within scope.

Final Results
The project was completed on time, within budget, and more than exceeded expectations. The Centre now has about 5,000 square meters of irrigated farm land and water supply to the chicken coop. The Centre employs five full time farm staff and augments labor during planting, weeding, and harvesting activities with those community members needing work. 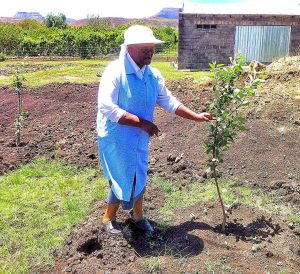 The first crop of cabbage and green peppers has been sold to local markets, schools, hotels, restaurants, and to walk-in customers and the second crop of cabbage has already been planted.  This project was funded and completed during a severe drought in Lesotho. The Centre is fortunate to have boreholes to supply water and now to irrigate crops while so much of the community’s and the country’s fields lay barren due to lack of rain water.  St. Camillus has reached its goal of having the infrastructure necessary to transform into a commercial farm.

The Centre still has much to learn about managing a commercial farm and is moving quickly to adopt successful skills and practices. The learning curve will be fast as the demand for local vegetables increases daily due to the devastating drought.

St. Camillus appreciates the generosity of the Water Charity which has enabled us to complete an important water and food security project. This report confirms the use of all funds as intended.

We would like to thank Stephanie, and applaud the work of the St. Camillus staff, for successfully completing this project, which will have great impact the lives of the orphans. 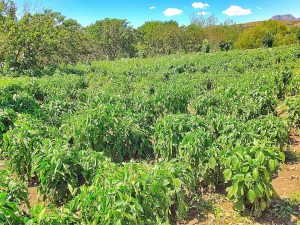 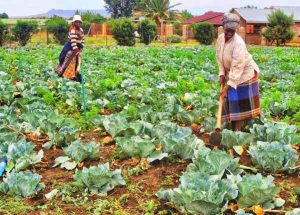