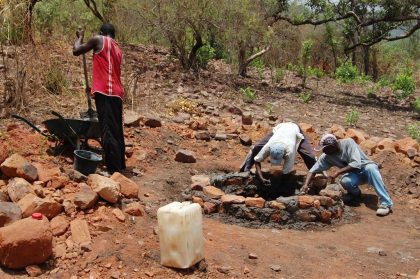 This project has been completed under the direction of Peace Corps Volunteer Zach Swank. To read about the beginning of the project, CLICK HERE.

The project was to construct a well to serve the new eco-tourism lodge.

One of the major problems with digging a hand-dug well is that you never know what you are going to find until you start digging. In the case of the Segou well, the answer was large rocks all the way down.

Like the dirt, the smaller rocks were loaded into a bucket and pulled out by hand, but the rocks that were larger than a basketball took a little more effort. Each rock had to be individually wrapped in a rice sack and tied to a rope. The digger would climb out of the well for safety, and then it would be slowly pulled out of the well. 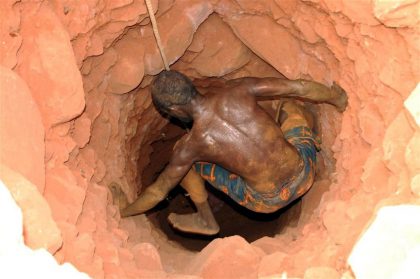 The intensity of the labor involved in doing this and the time it consumed threw the timeline of the project off track. Rather than the one month that it usually takes to complete a well, it took the diggers three months.

Finally, at 10 meters they hit the water and a cement wall was built around the well. However, the water table continued to drop over the course of the dry season and the well went dry.

Collectively all parties involved in the project decided that it was not safe to send another digger down the well without lining it with cement. Even ten meters below the surface they were still pulling out large rocks and if a rock up high was knocked loose while the digger was in the bottom, there would be nowhere for him to go.

As it stands now, there is water in the well for half of the year during and after the rainy season. My community counterparts have already planned on lining the well and digging it deeper when they are able to build up enough funds through their business, which the well supports.

In the meantime, remaining funds went toward the purchase of a rope pump and a treadle pump in order to bring water up the hill from another pump nearby.

We wish to thank Zach for completing this project, and to extend our thanks to Zach’s friends and family who provided the funding. 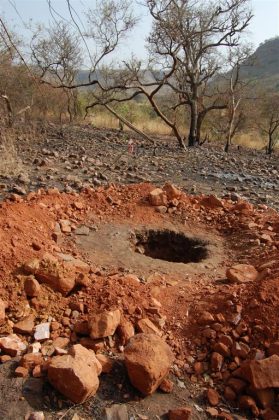 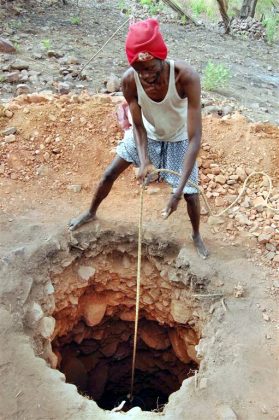 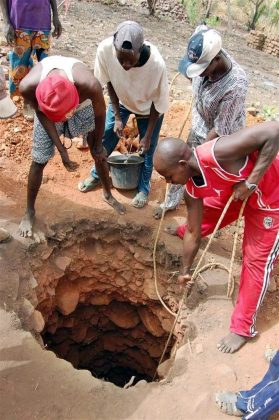 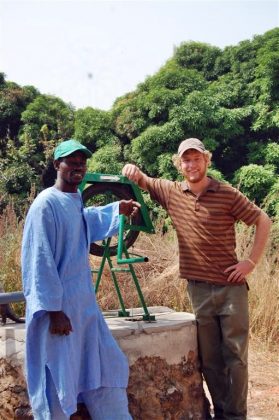