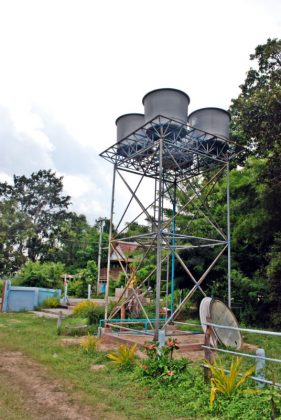 This project has been completed under the direction of Peace Corps Volunteer Beau Gambold. To read about the beginning of the project, CLICK HERE.

The project was to build a new water tower for the school.

The faculty of Nong Gae School were able to pick up the funding from Water Charity on Friday, August 6th, 2010. Over the next four days, teachers and community members worked together to assemble the materials needed to erect the water tower – such as the concrete, water pump, metal beams and PVC pipes –and stored them at the school. Unfortunately, in the next couple of weeks a series of large storms hit the area, flooding much of the surrounding region and making it impossible to pour concrete for the water tower’s foundation.

On Friday, August 27th, the weather finally cleared up enough for community members to start work on the erecting the tower. Two school staff members worked with eight other community members over the next week in order to erect the tower, connect the pump and the piping, and to get electricity running to the pump. On Thursday, September 2nd, the Nong Gae School water tower pumped water for the first time. 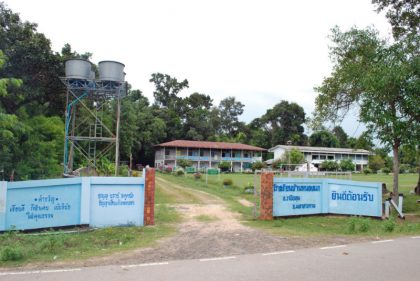 The school did encounter one more issue with the tower, and that was connecting the water from the tower to the school’s existing water pipes – it turned out that the school staff had miscalculated the cost and amount of piping needed and that there was not sufficient PVC pipe. The school attached a long rubber hose to the tower and used its water for the school’s garden and for washing dishes, while community members raised money to buy the last of the pipe.

Heavy flooding hit the area in October, then villagers were busy throughout November and December with the rice harvest, so it was not until January that the money was raised and the pipe purchased.

In the last week of January, school staff and community members again joined together to lay out and connect all of the piping that finally joined the water tower to the school’s existing water pipes.

Today, thanks to the help of Water Charity and the dedication of community members and school staff, the water tower stands erect beside the main entrance to Nong Gae School and provides all the water that the school uses to prepare meals, wash hands and dishes, use the restroom, and water the school’s garden. Without the assistance of Water Charity, it is likely that the school would still be slowly amassing the materials needed for the water tower and would not yet have access to an adequate water source. Water is also now more available in the neighboring village, since they no longer have to share their water source with Nong Gae School.

Now the six faculty and fifty-five students of Nong Gae School have consistent and adequate access to water. One teacher explained to me, “Everything is easier now that we have the water tower. We no longer worry if water will come out when we turn a faucet. This makes it easier for us to focus on other things like teaching the children, which is what a school should be focused on!”

We wish to express our gratitude to Beau for completing this terrific project, and The Soneva SLOW LIFE Trust for providing the funding. 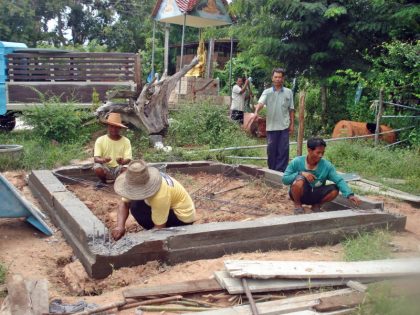 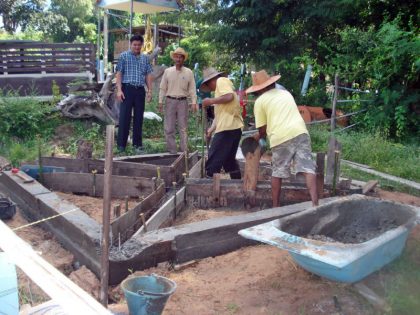