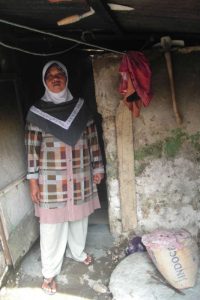 This project has been completed under the direction of Peace Corps Volunteer Martine Randolph.

The project was to build 8 toilets in Sawahan.

The project has been concluded, although we are continuing our work. A big thank you to Water Charity!

As soon as funds reached the arisan (micro-savings institution) meeting, everyone was quite excited. We talked about the 8 families that were to use the funds and it came out that there weren’t 8 families ready to build just at that moment, with more harvesting to do before the fasting month of Ramadhan.

The other big lesson during the meeting was that not everyone was saving for a simple toilet model at Rupiah 640,000 (about $67) but rather were looking to build more elaborate structures in their homes. Though they were receiving the money pot from the arisan, they didn’t feel that was enough money to actually begin construction on their own toilets.

Because of this, the money from Water Charity was parsed out quickly for 5 families to buy parts and to finish up toilets that had stood half-finished for months. Although the funds didn’t go to as many families as hoped, it did spark the development work and lead to needed and functional facilities.

It was illuminating to see how a small influx of cash got things moving. With the beginning of Ramadhan, building subsided, but will soon pick up again.

The group continued to talk about what was to be done with the money once it cycled through people’s needs and people began to pay back the advancements that Water Charity’s funds provided. We emphasized that the money was not a subsidy, but rather an injection of money to get toilets built.

As we continued talking, the group thought about covering expenses for the national Independence Day carnival themselves and using the money to stage two promotional events to open two new arisans nearby.

The group is also interested in looking at the problem of trash going into the streams on which they live.

We are grateful to Martine for completing this project, our first in Indonesia. We are pleased to have played a part in this new micro-saving model. It demonstrates the benefit of introducing a small amount of money to spur development while encouraging repayment by beneficiaries when they are able. In this way, the impact of available funds is multiplied, enabling the service to a greater number of people.

We are also grateful to the Paul Bechtner Foundation for providing the funding. 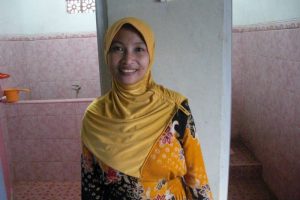 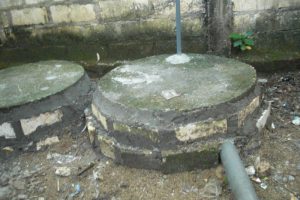