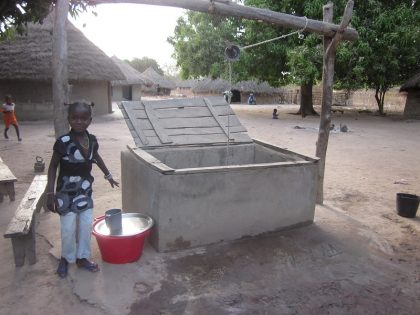 This project has been completed under the direction of Peace Corps Volunteer Martin Davis. To read about the beginning of the project, CLICK HERE.

The project was to improve 6 wells and upgrade 9 foundations in the two communities.

I’m happy to be able to finally provide you the conclusion of the 2nd phase of well improvements in the village of Sare Sara. As the work was completed at almost the same time I moved out of the village, at a time when I had no camera and no computer, I would like to especially thank my replacement, Katie Pollak for assisting me in gathering old project documents from my paper notes which were passed to her, and from the regional Peace Corps house computer.

Using the project funds of five-hundred dollars plus additional cash and in-kind contributions made by villagers, we built six new wellheads and upgraded nine foundations (with new seals and covers) between the villages of Sare Sara and Ndorna. Total cost remained about $45 per complete wellhead and about $28 for the upgrades of serviceable wells. As before, we illustrated the merits of clean water and instructed beneficiaries in the use of bleach as a sanitizing agent.

With the previous phase providing valuable experience, the work on the second phase went faster. Work took around a month total to complete, with the doors, as before, being the bottleneck on the construction time. In addition, by better-estimating transportation costs, we were able to avoid the minor cost overruns that hampered the previous incarnation of the project. The execution of the project was smoother than the first time, and other villages within the area are starting to take notice.

As in the first phase of the project, the people of the village were quite pleased with the results, and the efforts to improve these wells have resulted in nearly 100% coverage of wells within the two villages.

My replacement informs me that between the improved wellheads and sanitization procedures, the rates of diarrheal disease are down, and the quality of life is improving. The wells are also a source of pride for villagers and a model for the other villages in the surrounding community.

With the installation of my replacement shortly after the completion of this project, I have been told that numerous other local villages are now seeking out similar technology to improve the sanitation of their own water supplies. This snowball effect illustrates the power of setting a good example in development.

To read about the next phase, Phase 3, completed by Katie Pollak, CLICK HERE.

We are grateful to Martin for completing this project, and again wish to thank The Soneva SLOW LIFE Trust for providing the funding for this project. 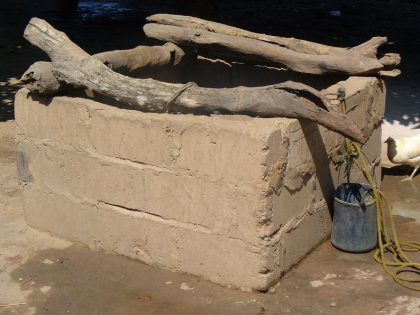 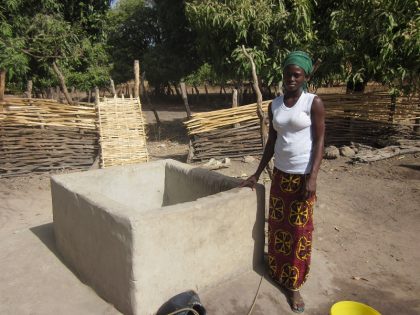 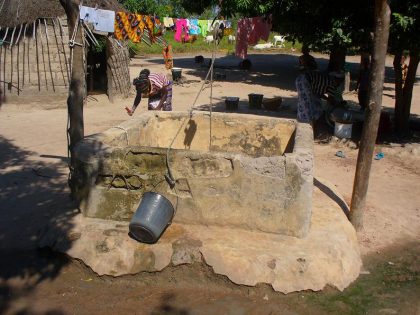 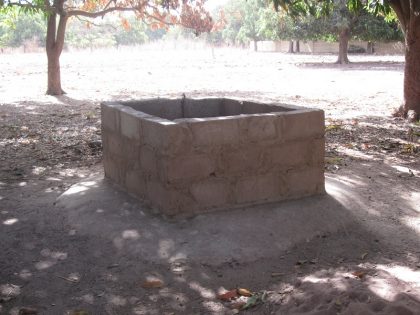