This project has been completed under the direction of Peace Corps Volunteer Elise Kittrell. To read about the start of the project, CLICK HERE.

The project was designed to rehabilitate the water system serving San Juan. 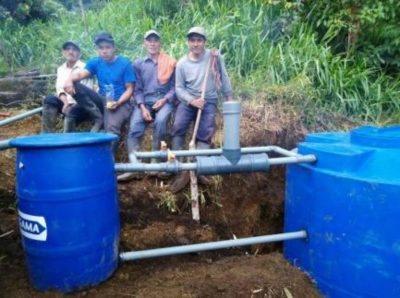 Since 2017, GE and ALTROPICO have been working in the Mayasquer Indigenous Resquardo area, located on the Ecuadorian border in remote southwestern Colombia. In recent years, the community of San Juan has experienced population growth, leaving many of its dispersed houses unserved by the rudimentary and decrepit water system that was constructed in the 1980s. Unable to rely on the government to provide access to such basic services and recognizing that clean, reliable water is a critical need for the community, San Juan’s residents requested assistance from GE and ALTROPICO to develop a safe, reliable, sustainable water system that could serve the entire current population, with capacity for system expansion as needed for future growth.

Upon securing project funding in June 2018, GE and ALTROPICO began with project studies and community capacity building. By August, two community visits were conducted to design and confirm conservation agreements for water source protection and community buy-in for local water administration (including monthly water fees based on meter readings and cost of system maintenance), a big change for a community accustomed to an unregulated, decrepit system and rustic water source catchment.

A baseline survey was undertaken with over 50 local families to ascertain sanitation practices, water access, and the prevalence of water-related illnesses within the community. The results of the surveys demonstrate the deficiencies of the current system. Families generally do not have water service for at least one day each week due to unreliable pipelines, and although their water source is a series of well-forested creeks, a lack of treatment and the need to store water often leads to contamination, diarrheal disease, and parasitic infections. 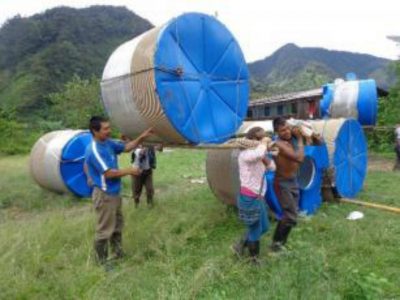 System materials were purchased in October and construction began shortly thereafter. To facilitate the management of the construction process, a community water committee was formed and managed communal workdays (mingas) to install the system’s nearly 8km of the pipeline. Three 25-person teams for mingas, rotating to prevent an undue workload on any group, were established and to create additional local technical capacity and speed installation, each team elected three individuals to serve as the team’s technicians. Hands-on training for these nine individuals, in addition to the four non-technical members of the community’s previously-elected water committee, was undertaken immediately, helping to accelerate the project. Working six days a week, almost always with the accompaniment of ALTROPICO or GE field staff to ensure quality control, system installation advanced rapidly and pipelines and household connections were completed by February.

Following the completion of pipeline networks, mingas turned to the construction of new catchment infrastructure, reservoirs, and water treatment infrastructure. Captation was achieved with the diversion of surface-water sources through concrete settling tanks, reducing sedimentation load even under flood conditions. CTI-type water chlorinators were installed for final treatment, providing potable water, which meets World Health Organizations and GE’s drinking water standards. Following comparative studies, the use of polyethylene tanks as reservoirs proved significantly more cost-effective (in addition to more robust and easier to install) than a single larger ferrocement tank. Reservoir purchase was supported by ALTROPICO through newly-available funds from the MacArthur Foundation, allowing funding to be dedicated to the expansion of the systems to ~10 households not included in the project’s initial design. These households, initially dubious of ALTROPICO’s commitment, were convinced by the progress of the system and quickly made up for a lost time by working additional mingas. 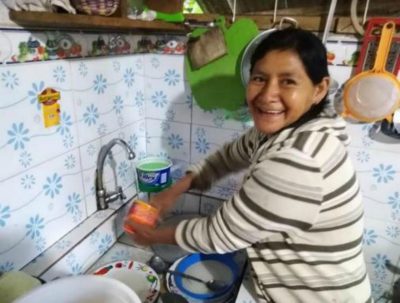 Administrative training for the community’s six-member water committee (and additional technical personnel) was undertaken during three all-day sessions, focusing on technical aspects of system maintenance, water system administration and bookkeeping, and community leadership. Five community-level meetings, involving an average of 60 participants (>80% of households represented on average, and each household represented during at least three meetings) centered on conservation, sanitation and hygiene topics, and were combined with participatory determination of the community’s water tariff and conservation agreements for land surrounding the systems’ two water sources.

Final signed conservation agreements provide for: the maintenance and reforestation of all riparian areas within a 200’ range of the streams providing drinking water to the communities; eventual community (water committee) purchasing of this land at a reduced cost; unrestricted access to captation sites for maintenance activities; and free basic water use (15m/month) for the three landowners who have agreed to conservation easements. ALTROPICO’s long-term efforts to establish a bi-national conservation corridor including communal lands belonging to San Juan has continued to advance, and members of both San Juan and overall Mayasquer resguardo leadership have continued to participate in planning sessions led by ALTROPICO related to natural resource governance in the Mira-Mataje watershed.

After a strong first month of service, ALTROPICO personnel will continue to make monthly follow-up visits to the community to ensure compliance with water tariff payments and offer expanded training opportunities for water committee members throughout the second half of 2019. The organization’s ongoing efforts supporting San Juan’s community savings and the loan will facilitate regular staff presence and will help further integrate local leadership into regional conservation efforts.

Tania Trejo, Secretary of the Community Water Committee, stated: “Our old drinking water system, well, it wasn’t drinking water, it was just streamed water piped down to the houses, and it wasn’t any good because it didn’t have any water treatment, so the water always arrived at our houses dirty, and there was never enough for all the houses in the community.

We extend our thanks to Elise for completing this important project. Seeing the new system, the benefit is that now we’ll have enough clean water for everyone, without having to wait on neighbors to close their taps, and without having other houses completely without access, it’ll be more satisfying for everyone.” Opening the tap behind her, Tania says “That’s what I’m talking about.”

We extend our thanks to Elise for completing this important project. 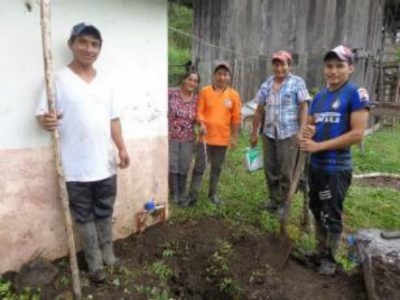 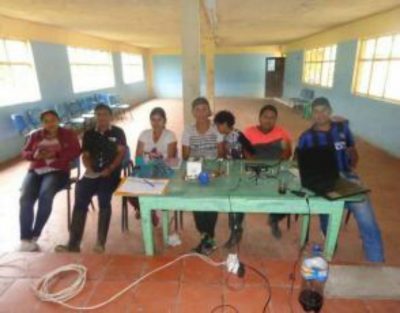