This project has been completed under the direction of Peace Corps Volunteer Matthew Gardine. To read about the beginning of the project, CLICK HERE. 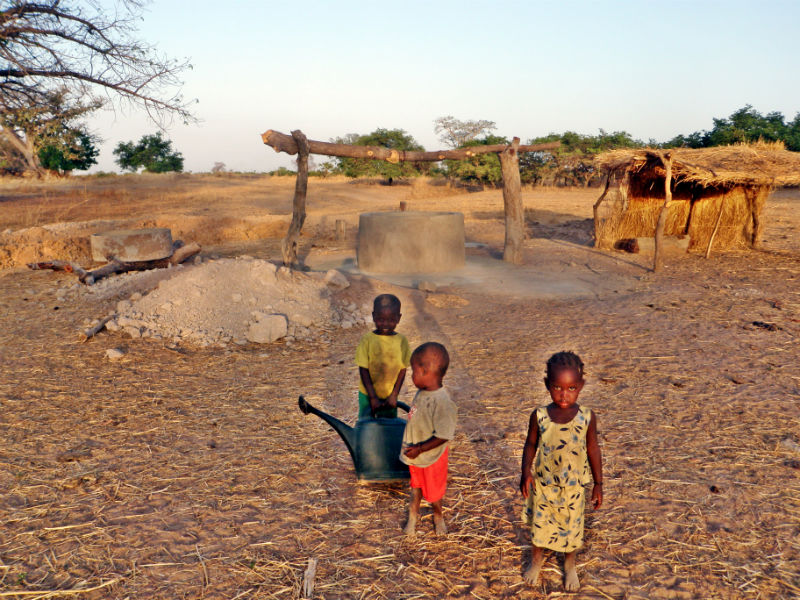 This project was to build a new well to provide potable water for community use, and also yield water for the irrigation of the community garden.

To read Matthew’s final report in its entirety, CLICK HERE. It makes great reading, providing an insight into the process, incorporating valuable sociological observations, and revealing the tremendous benefits that the project will yield for the community.

Here is a summary of the key points taken from the final report:

Community leaders determined that a new well was a primary need for the village. Because of the growth of Saly Escale, most of the compounds now sit a great distance from the only other well in the community. A large amount of time was being spent by girls and women to carry basins of water to their homes in the mornings and early evenings, time which could be better spent. 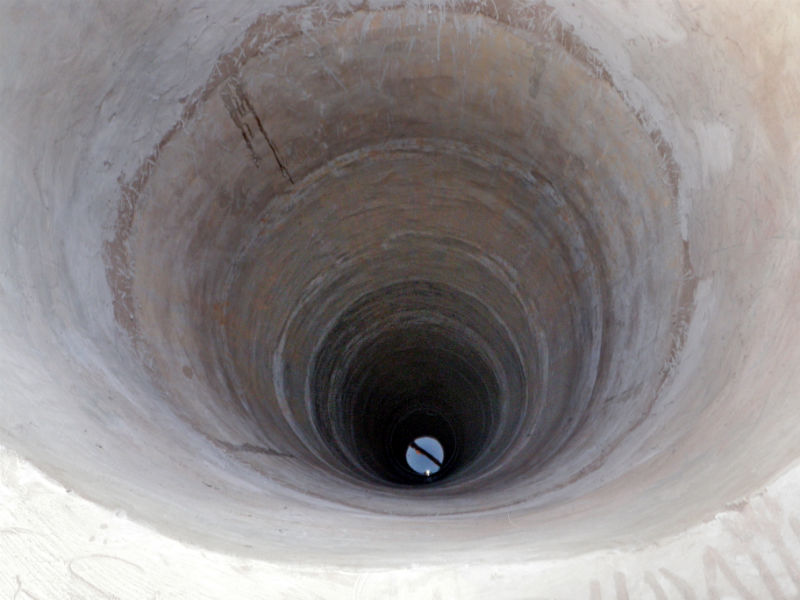 In addition, a year-round gardening program could not be sustained without obtaining a nearby source of water for irrigation.

The project became a reality when a commitment for funding was obtained. Shortly thereafter, in December, 2010, the funding was received and the project was underway with the purchase of supplies in Koungheul, Saly Escale’s nearest large town. In addition to the requisite pickaxes, shovels, buckets, and iron-working tools, we ordered four tons of cement that would line the well’s internal walls as well as the iron reinforcement rods that would be fashioned to form the well’s metal “skeleton.” Both sets of materials were purchased in quantities that would insure uninterrupted construction to a depth of 20 meters, should the water table have sunk that low by the height of the drought season in April and May.

The next step was to determine the well’s exact location, utilizing the services of a descendent of a long line of “water seekers,” people reputedly capable of discovering the path of least resistance to the best underground water sources.

Ground was broken on 6 February 2011 by the master digger and a team of three associate diggers. They dug with pickaxes and shovels and without the aid of machines. Knowing the depth of the village’s existing well, we estimated the depth of the water table to be 16 meters.

On 24 March 2010 the diggers struck water at a depth of 12 meters, but, due to a sudden onset of stomach illness, the master digger was unable to continue digging the remaining few meters that would insure a reliable water source during both rainy and drought seasons in which the water table tends to fluctuate dramatically. 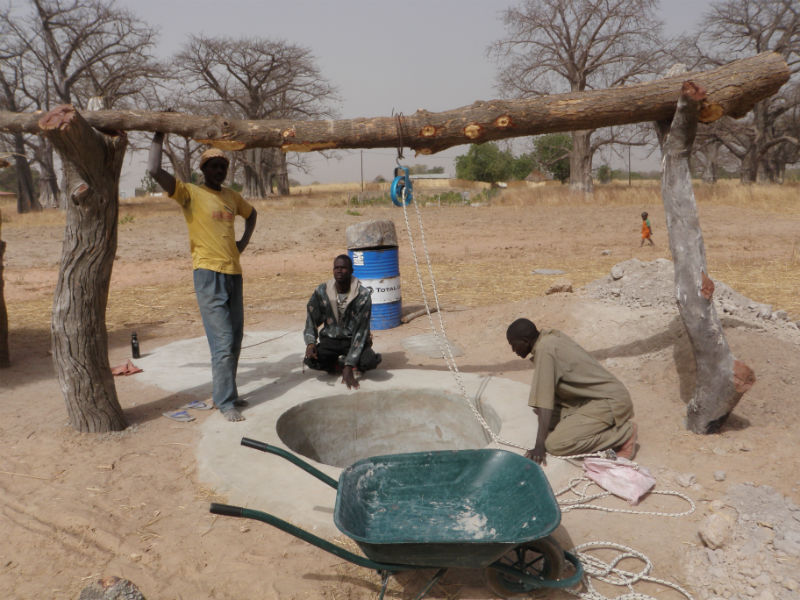 Returning to work in late April (the height of the drought season), the master digger finally dug the well to its current depth and the above-ground rim was constructed.

Immediately thereafter, the concrete “skirt” was fashioned at its base. The skirt serves to direct outside water and pollutants away from the well, thus preventing contamination.

On 26 April 2011, my home stay host, my work partner, and I met with the master digger one final time to measure the well’s depth (15.5 m), verify contract compliance, and provide full and final payment. 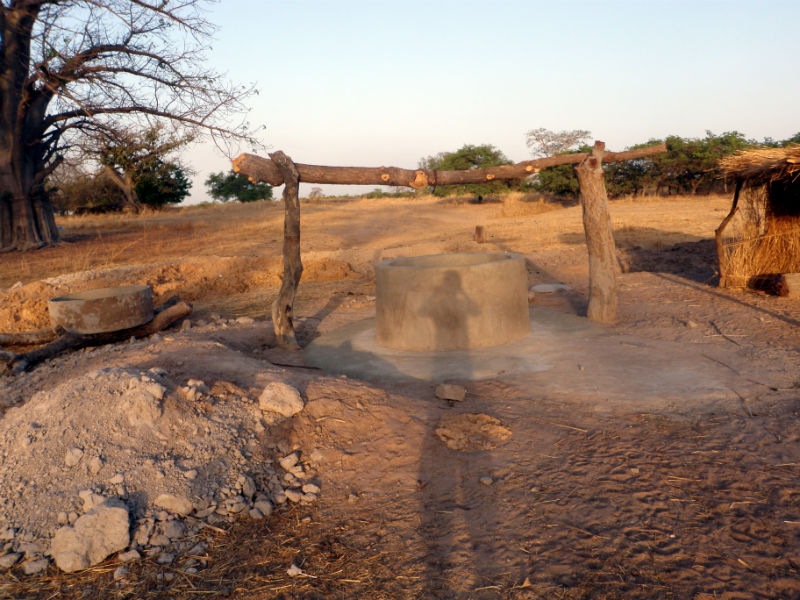 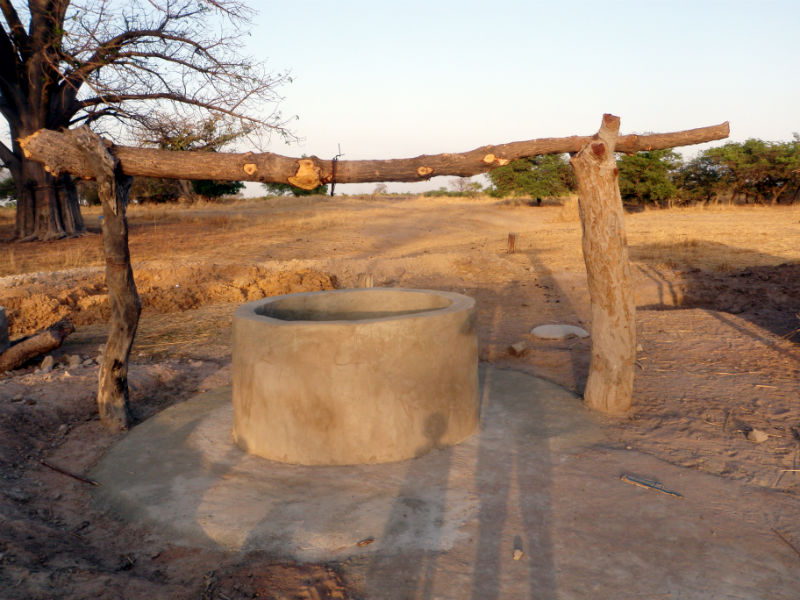 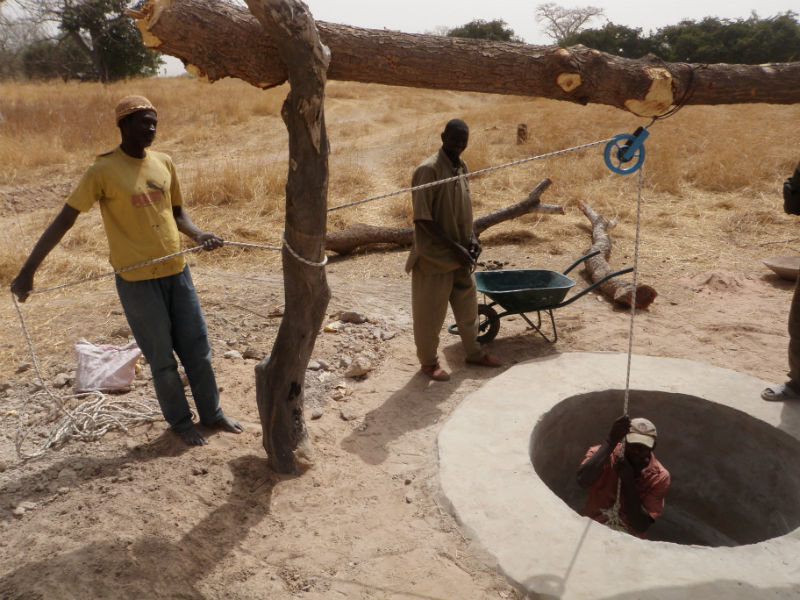 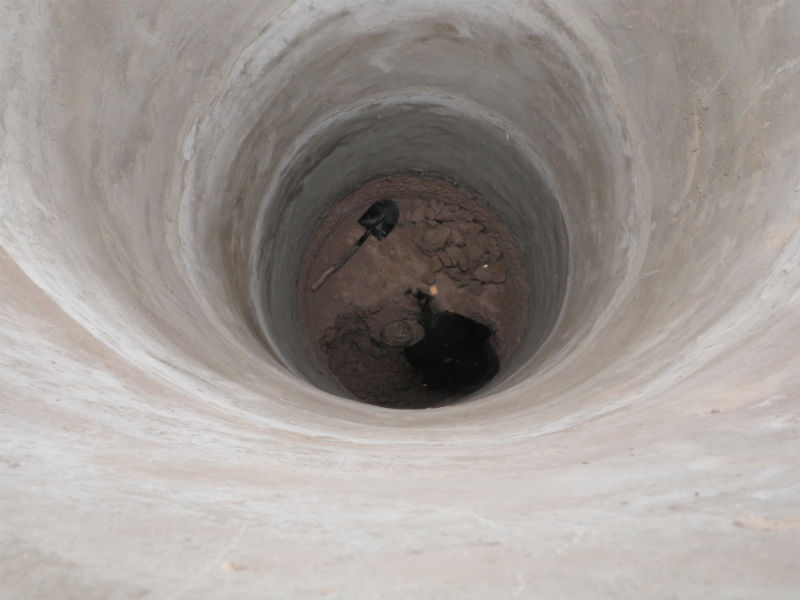 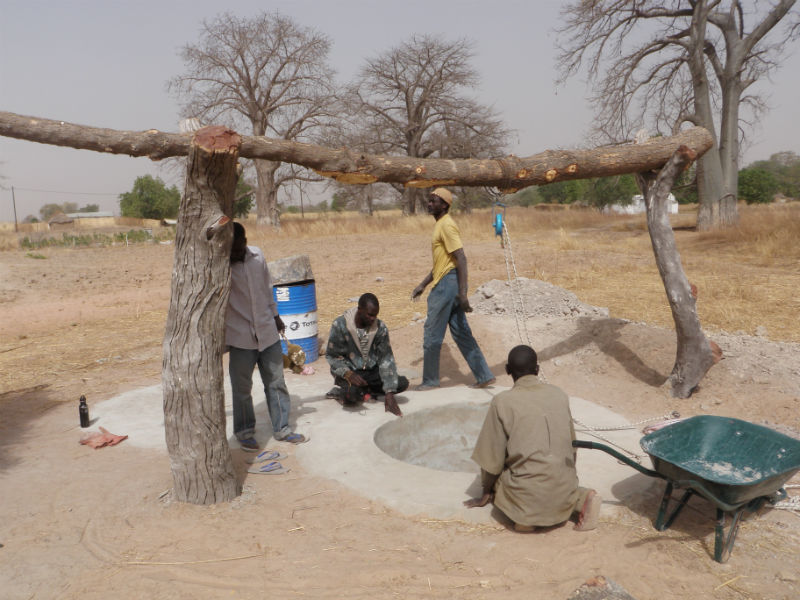 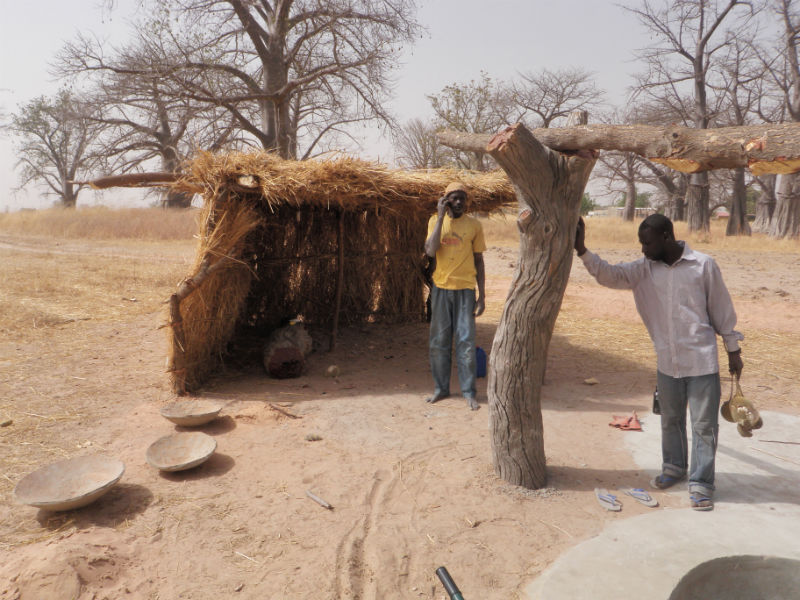