This project has been completed under the direction of Peace Corps Volunteer Allyson Junker. To read about the beginning of the project, CLICK HERE.

The project was to build 10 public latrines in Saare Naapo. 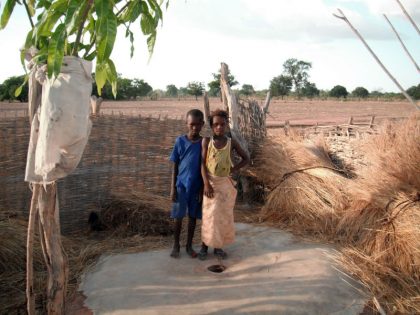 The project has been completed, with the construction of 6 latrines in Saare Niappo and 4 in Saare Yero Teneng.

The Saare Niappo Latrine project got off to a late start. Because we received the funds midway through the rainy season, we delayed the start of the project to avoid the heavy rains.

As the rain slowed in September and October, Saare Niappo began digging their latrines. The process was slow and the residents made several excuses for project delays. By the end of January, the project had effectively stalled, with only 6 families digging the holes for their latrines (the community’s contribution). I distributed the cement, rebar, and PVC pipe to these families, and a local mason helped them to construct the covered latrines.

In February, I gave the remaining 4 families an ultimatum that, since the project had gone on too long, they had just one month to finish digging the remaining latrines.

The village did not complete the excavations, so my community counterpart and I met with the Chief of the village and told him that we would no longer work with them, as they had not held up their end of the deal. 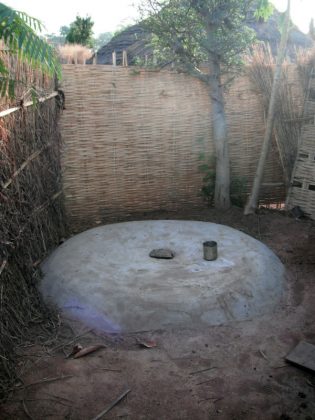 Meanwhile, a neighboring village, Saare Yero Teneng, had approached me and expressed interest in doing a similar latrine project. At first, I had to dismiss the request as the Saare Niappo project was still outstanding. Once it became apparent that Saare Niappo would not finish the project, I informed the health relay of Saare Yero Teneng that I still had funding for 4 latrines. If they would dig the holes, I would provide the materials.

They agreed and started digging in mid-April. The 4 latrines were quickly completed, bringing to a successful conclusion the project of providing 10 covered latrines for the community.

We are grateful to Allyson for completing this project, especially in view of the adversity. We again thank the Elmo Foundation for providing the funding.