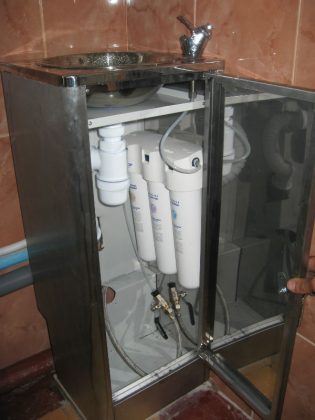 This project has been completed under the direction of Peace Corps Volunteer John VanGavree. To read about the beginning of the project, CLICK HERE.

The project was to provide clean water to Romny School #1 by replacing corroded and leaking piping, replacing 2 sinks, and providing filtration systems.

Project work began on Monday, May 17, with the purchase of pipes, tiles and construction materials, as well as the placement of an order for fountain and filtration equipment. During the week, the corridors on both first and second floors containing the sinks were prepared for the installation of new equipment. A new corner of each room was cleared and tile backsplash was installed.

The following Monday, fountain and filtration equipment was received, and the new fountains were assembled in their new areas. As Friday the 27th was the final day of school for the year, work on the fountains paused while final exams and year-end ceremonies took place.

The following Monday, work resumed on the new fountains as pipes leading to and from the old sink units were disconnected and rerouted to the new sink areas. Filtration units were then mounted inside the fountains and the rerouted piping was at last connected.

By Friday, June 3, the project work had been completed and clean drinking water was flowing from the new fountain units. Even though the school year ended several days prior to project completion, children are participating in extracurricular and work programs on the school’s campus throughout the summer, so the benefits of clean water from the new fountains will not need to wait until the fall to be enjoyed.

Throughout the process, the PCV and School Director regularly communicated, via both telephone and in-person visits to the school, to ensure that the labor efforts and purchases of materials progressed properly. The School Director was a solid project management partner, and those who contributed labor to the effort possessed adequate skill and ability to complete timely and quality work.

The outcome of the project can be considered a great success – work was done as proposed in the project application, and all previously at risk individuals are now in a much better condition as a result of the work done. Cleaner water now flows into and out of the fountain areas, where previous equipment was very dirty and corroded. As a result, it can be confidently said that the health risks to students, staff and each of the families of Romny School #1 have been reduced.

School #1 was very pleased and grateful to work with an American Peace Corps Volunteer to achieve this great project result. School Director Valentina Vladimirovna Sudina said, “The donors are very generous to provide money for this project. This was a very important project for our school, so we say thank you many times!”

Additionally, as this project coincided with festivities planned for the end of the school year, the PCV was invited as a guest to speak at the graduation ceremony, and received a generous round of applause. The PCV thanked the staff and students for the opportunity to form such a nice partnership. 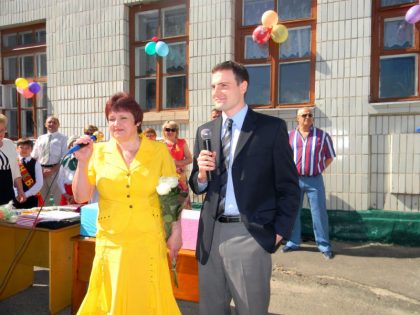 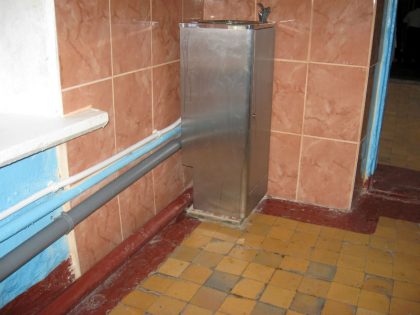