This project was been completed under the direction of Peace Corps Volunteer Gail Bachman. To read about the beginning of the project, CLICK HERE. 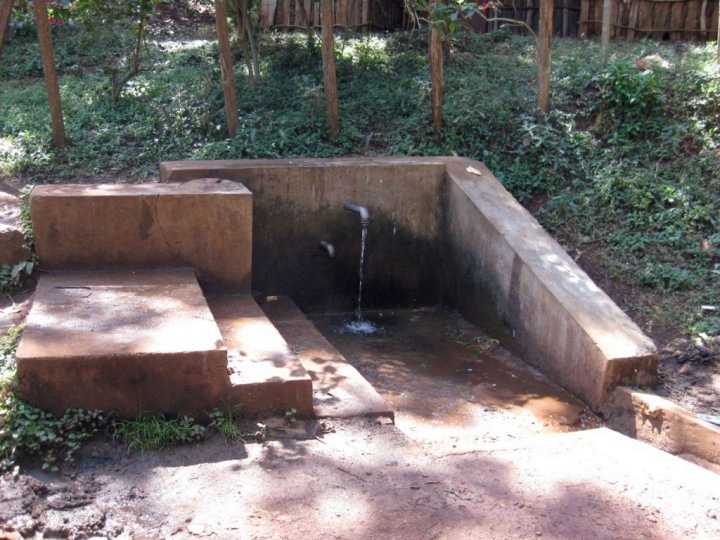 This project was to create a number of stone reservoirs to protect the natural springs that serve the community in order to ensure access to clean drinking water and control water run-off.

The city municipality management team, consisting of four officials, went to work securing materials and enlisting volunteers while the head of the Woreda Water Department, Tolessa, and I secured the masonry workers for the project.

After extensive negotiations with the head mason and masonry assistant, the resultant contract was 8,000 birr, much higher than what had been originally budgeted. As a result, it was determined that we would only be able to complete two water sites.

By the start of construction at site number one, the city municipality had organized all necessary materials to begin, and 17 people were there with their personal picks, shovels, and hoes ready to clear the land. On day two, 40 community volunteers showed up to carry down heavy large stones and bags of crushed stone and sand to the water site. This was no easy task as the path to the site is very steep and really only meant for one way traffic. But for hours, people worked with smiles on their faces. 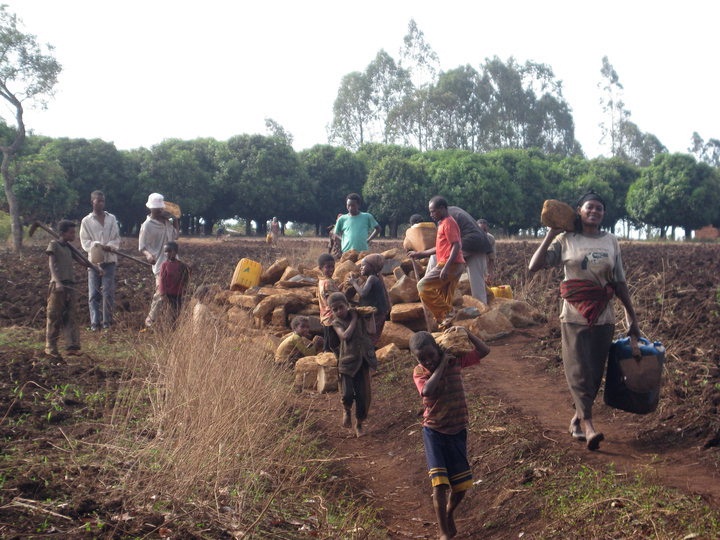 Construction of the first site went smoothly despite the size of the water spring and the necessity for it to be accessible to the community at all stages of construction. Each day people commented on the changes and happily continued to bring down materials with each water collection visit.

The first step to protect the site involved building an enclosed area which would collect the water before directing it to the distribution site. The land that surround this water source was then reinforced with stone and cement one meter to each side of the water flow and one meter above to ensure that damage due to seasonal weather (i.e. heavy rain) would not occur.

When the water collection area was cemented and a removable lid (for cleaning purposes) was installed, the water source was protected from any outside contamination. In the next step, a distribution area from which people could easily access this new clean water was created.

With the first site nearly completed work began to prepare the second site. Again volunteers were needed to clear the land and bring down materials, and again they did not disappoint. When construction began, it was immediately apparent that this was going to be an easier site to work at due to its smaller and more centrally directed water source. The building plan went much the same as for the first site, and again community volunteers were eager to help in any way they could.

The community is very excited and grateful for the improvement in their water sites.

We extend our thanks to Gail for completing the project and to Six Senses Resorts & Spas for providing the funding for the Water Charity participation.