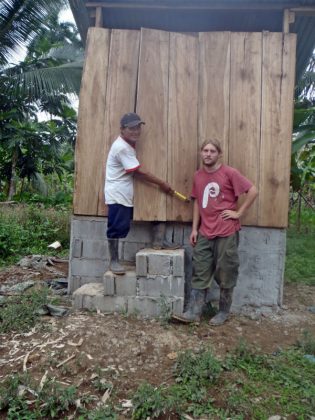 This project has been completed under the direction of Peace Corps Volunteer Daniel Cain. To read about the beginning of the project, CLICK HERE.

The project was to build a community composting latrine in Quebrada el Bajo as a model project.

The first composting latrine was finished in January and has been in use since then. We have been busy since that time constructing 15 more latrines with 15 separate families.

The first month was full of materials transport, construction days, explaining composting latrines and construction techniques, and rearranging schedules based on rain and other workers. At the end of the month, the whole latrine was up, with only the wooden boards to be cut and nailed to make the walls of the latrine. This was subsequently accomplished.

The model latrine that we built at the casa communal allowed for people to have a better understanding of the usage and construction of these composters and helped promote the bigger project. It worked well as a stepping stone in between the theoretical talks about composting latrines and the actual initiation of a large sanitation project.

In addition to the latrines, we will build a concrete sidewalk between the community port and the school.

I will be closing out my service in October, but finishing construction on the 15 composters before then. Quebrada el Bajo will be receiving a follow-up volunteer to oversee the proper usage of the composting latrines, and continue the development.

We wish to express our thanks to Daniel for completing the project and again thank Daniel’s friends and family for providing the funding. 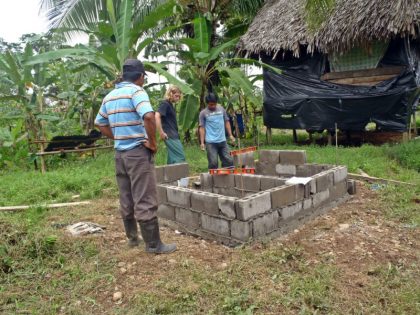 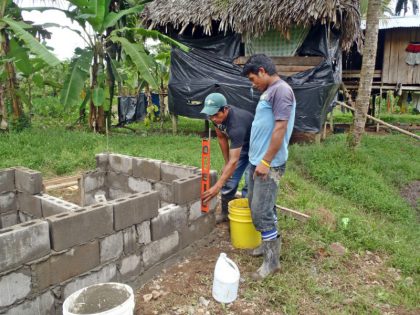 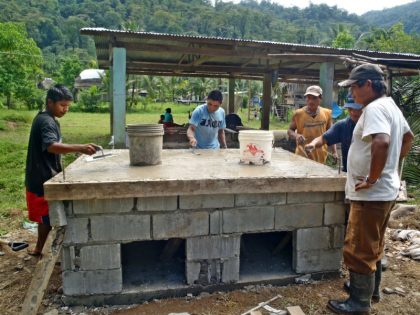 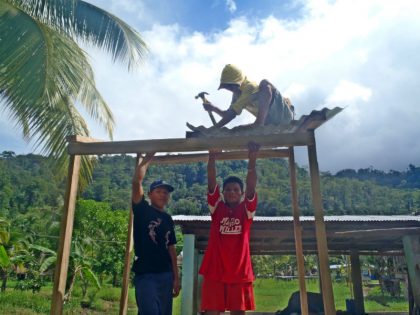