This project has been completed under the direction of Peace Corps Volunteer Tyler Walton.

The project was to build a well for Pembera II and 3 surrounding villages.

We had the official opening of the Pembera II protected shallow well. The project ended up great with only a few hiccups along the way.

As soon as we got approval from Appropriate Projects, we began digging the well. Lloyd was an awesome contractor and digging was completed in 4 or 5 days. They hit water on the third day of digging but kept going deeper to ensure the well would work even if the water table drops in years to come. Also we’re at the end of the dry season, so the water table is already low. 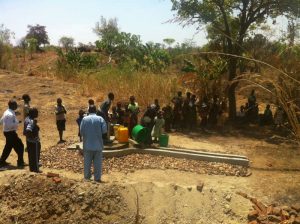 While Lloyd was digging, the villagers molded and fired 2,000 bricks, and collected all the sand and rock needed for the project.

We bought the cement so they could start protecting the wall of the well with bricks and cement mortar.

While they started this process, my counterpart and I set up a trip to Lilongwe to buy the pump. During conversations with several people who were familiar with pumps, we realized that the Mark 5 pump we were going to buy was extremely unreliable.

The most common pump used is Afri-Dev which was out of our budget. We didn’t know what to do until we found a company in Lilongwe that carried a Malda Direct Action pump. The Malda is in some of our communities, and is very reliable. 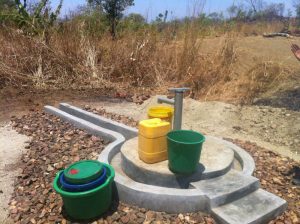 Texon (my counterpart) and I went with the contractor and chairperson of the water committee to collect the pump and learn how to install it.

Back in the community they created the cement cap of the well, once they had the machinery parts, and finished the wall. On the first attempt at installation, we installed it wrong and ended up breaking one of the parts.

Coming out of this setback, Texon and I set up a meeting with another village in the catchment area that has a Malda pump. They allowed us to take it apart and see how it was installed. In addition, Texon and I went back to Lilongwe to collect a replacement part and another part the company forgot to originally include when they gave us the pump set.

With the new parts and new knowledge on installation, we attempted installation again. This time we failed again. We discovered there was another part that had been left out of the kit that the shop gave us.

Texon and I debated going back to Lilongwe again, but then he suggested we first check the storage at the hospital to see if they had some spare parts. Over the past two decades the hospital has done a couple safe water projects in the catchment area and has some parts in storage.

When we checked in the storage room, we found the missing part! With this part we went back out to the village and finally had successful installation of the pump. Third time’s a charm.

Lloyd then finished the drainage and casting. Then we had our grand opening. It was a celebration with singing, dancing, drama, and a feast.

Thanks so much for supporting this project!

We are grateful to Tyler for completing this project. We again extend our thanks to the Premedical Chapter of the American Medical Student Association at the University of Florida for providing the funding. 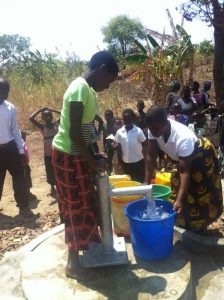 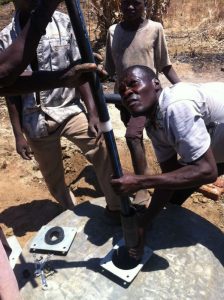 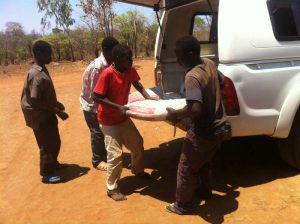 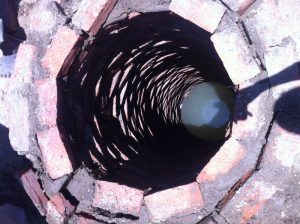 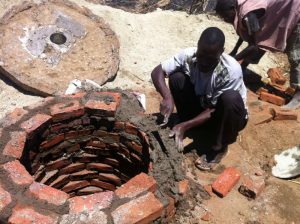 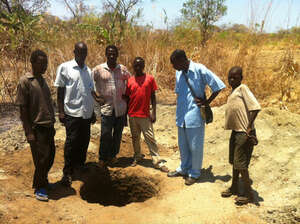 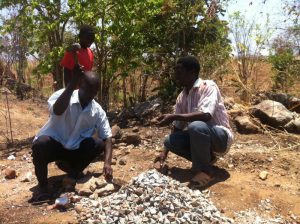 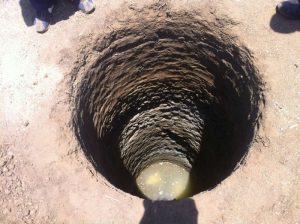