This project has been completed under the direction of Peace Corps Volunteer Courtney Ruble. To read about the beginning of the project, CLICK HERE.

The project was to build a well at the pre-school.

The well has been completed.

The project was started without much incident. We began digging, and slowly brought in the materials to the pre-school as they were needed. Because of the high water table and the low-lying placement of the well, it turned out to only need to be ten meters deep instead of the projected twelve.

The well was then lined and the façade was finished.

The remaining funds were used to buy a cover for the well in order to prevent contamination.

The community contributed a lot of the labor, feeding the workers and keeping them accommodated.

The pre-school now has a ten-meter, cement-lined well that is fully functional. The community was very grateful for the contribution and has promised to maintain the well.

Shortly after completion, I was evacuated from my site and re-assigned elsewhere. I had previously gone through the WASH educative materials with the teachers at the pre-school so that they were familiarized with the program we were to implement in the upcoming school year. They were left to complete this component on their own, but were fully equipped to do so.

Water Charity is grateful to Courtney for completing this important project, which we saw personally on our recent trip to Senegal. We again extend our thanks to the donors to date. 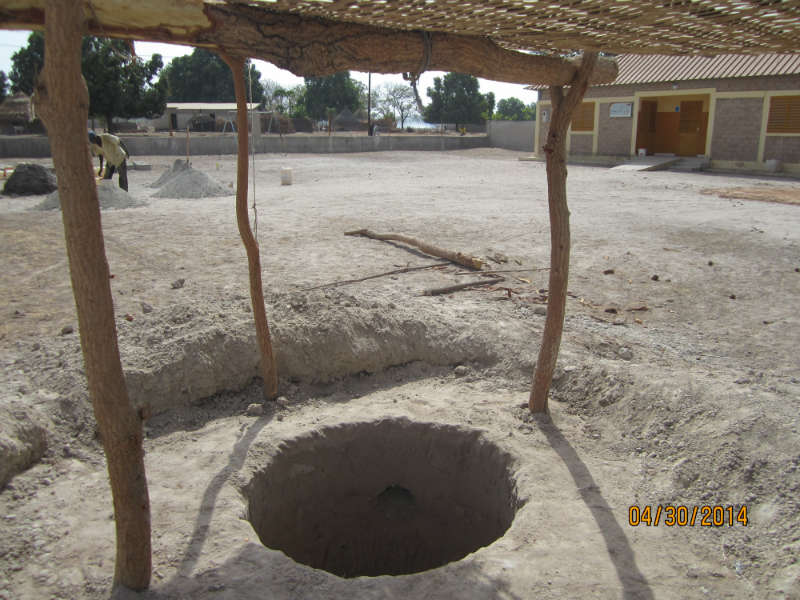