This project has been completed under the direction of Peace Corps Volunteer Katie McKillen. To read about the beginning of the project, CLICK HERE.

The project was to construct two BioSand water filters with concrete platforms, one to be placed at the Nerkin Khndzoresk Secondary School and the other within the village center of Nerkin Khndzoresk.

Rocks were gathered by the students and separated into two groups: larger rocks and smaller gravel. The larger rocks were designed to be at the bottom of the filter, followed by smaller rocks, and finally sand embodying the structure of water coming from a river.

Valves were attached to the container. The larger rocks were placed in the lower ¼ portion of the container followed by smaller rocks and gravel. Sand was added after the small gravel to prevent sand from entering the yielded drinking water.

Water was passed through the filter at a slow rate yielding over 50L of water per day for an extended period of time. Students and community members were told not to drink the water throughout this initial timespan. After a little over 2 weeks, a dirt cover was formed on top of the sand. Time was allowed for water to pass through the filter to create the biofilm layer.

From initial view of the water, the turbidity has been greatly decreased. The water was taken to the nearest local water testing in Goris and revealed safe for drinking. The results indicated that the bacteria had been greatly reduced from the yielded water.

The children were able to see the results of their work and were excited to get to drink out of the filter. The vice principal and engineer of the school was amazed at the materialization of the filter. “I didn’t understand how something so simple could actually help clean our water. Now it makes sense, it’s just like a river.”

The success of the project provided the community members, especially the youth, with further hope for their community. One mother stated, “It’s great that they can see that they can make a change and be creative. These are the skills that we need to teach our children to continue to improve our village slowly.” 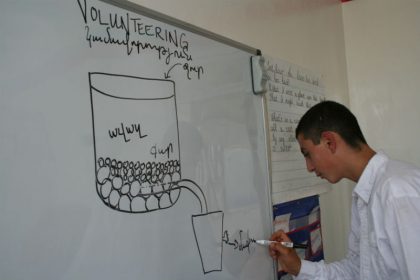 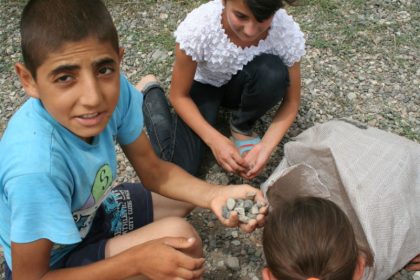