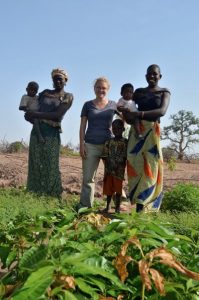 This project has been completed under the direction of Peace Corps Volunteer Sarah Ferguson.

The project was to build 10 pit latrines throughout the Muille community.

The masons were hired through PEP-AM program to build the latrines over a period of 3 weeks. Each latrine consisted of two septic tanks that were 2 meters deep by 1 meter length and width lined with cement and capped with rebar enforced cement top.

PVC piping was used to create a Turkish toilet hole. The hole was located away from the septic tanks to prevent concaving from constant weight. PEP-AM projects that each latrine will be able to last for 10 years with both septic tanks!

14 different families received latrines. In addition, the village Koranic School, which previously didn’t have any form of bathroom, received a latrine.

Each family that received a latrine contributed the equivalent of $2 USD and provided the sand to mix with the cement. In the weeks that followed the completion of each latrine, the family was also responsible for building fencing for privacy.

There was also a follow-up sanitation training from PEP-AM, which was attended by many more people than those receiving latrines.

Water Charity funds made this project possible. This has begun to fix a long-existing sanitation problem for the village of Muille.

Thank you so much for the opportunity that my village, which I have come to love, received from your efforts. Many diseases have been prevented.

We are grateful to Sarah for completing this ambitious and important project, and again extend our thanks to The Andando Foundation for providing the funding. 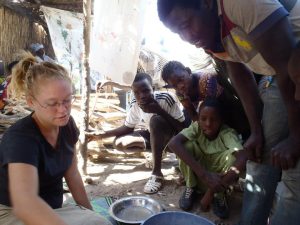 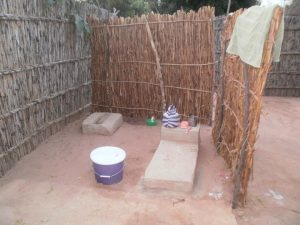