This project has been completed under the direction of Returned Peace Corps Volunteer Carolyn Daly.
To read about the beginning of the project, CLICK HERE.

The project consisted of building a wall and water capture tank for a new water source identified for the community, as well as provided tubing for the distribution of the water to individual homes. This project provided water to 240 families and served a total of 960 people in the Molino Belen community. 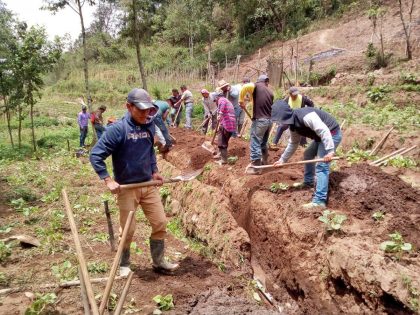 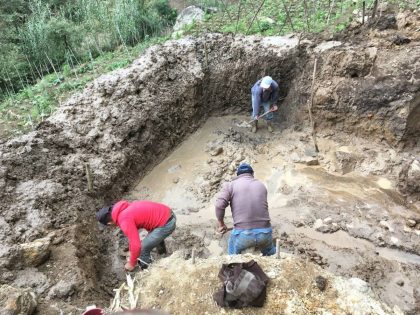 Specific Work Done
Community members volunteered their time over the course of three months to build the water capture tank and retaining wall. Piping was installed to connect the new water system to the community’s existing water system.

Progression of Project
The project progressed slower than anticipated because community council members hired a water engineering organization, Agua del Pueblo, to do an engineering study for the new water source and piping requirements. Unfortunately, once the system was in place, the water did not flow from the new tank to the existing water system.

The town council persisted and had to come up with a new plan for the flow of the water. This required getting permission from each of 11 separate landowners to pass the piping through their land. That process took more than six months and involved the Sololá city council and mayor to ensure all parties were in agreement.

Finally, however, the community was able to celebrate having a reliable water source with a retaining wall and capture tank. 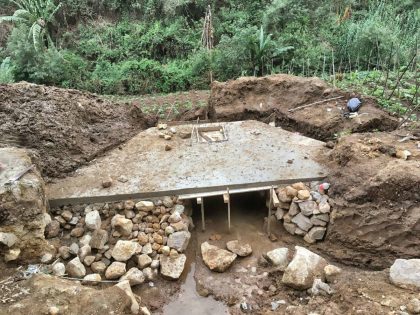 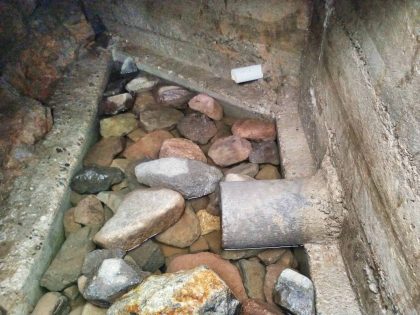 End Result of Project
The community was successfully able to build the stone wall and the water capture tank as well as install piping to connect the new water source to the existing piping system and the new families to be served.

The funds received were used to pay for the materials for the retaining wall and water capture tank as well as a portion of the skilled labor and the piping for the new water source.

Community council president, Edyn Chalcú, said, “Our community has grown since we put in the original water system in the 1970’s. We would often go days without water. Now, thanks to Water Charity, our entire community has a reliable water source and we don’t have to worry about not having enough water each day. Thank you!”

We are grateful to Carolyn for completing another great project.  We again extend our thanks to Michael and Carla Boyle for providing the funding to make this project possible. 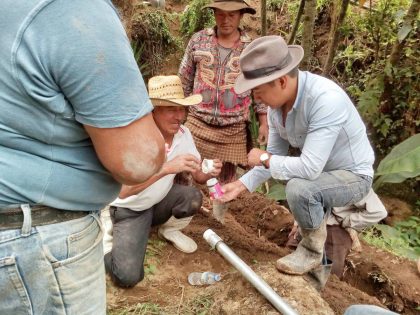 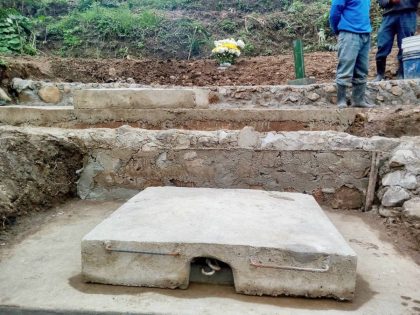