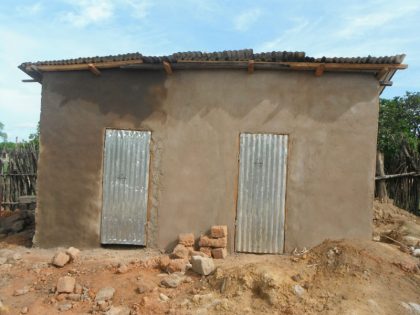 This project has been completed under the direction of Peace Corps Volunteer Hilary Hines. To read about the beginning of the project, CLICK HERE.

The project was to build latrines for the new addition to the health hut.

I am writing to let you know we finished construction on our latrine.

First we had a meeting with the chief of the village and the masons who would be building the structure. The chief facilitated the discussions of price and accountability, while I organized the budget. After receiving funds from me, the chief purchased all the materials and paid the masons and workers.

We experienced a few difficulties along the way. The pits for the latrines were started on June 18th, as the first rains of rainy season were coming. It was a race to get the construction completed before the rains became more frequent, and as a result, one of the walls was built too quickly and collapsed. This set the project back a couple of days.

Then, our head mason became ill, pushing the project back even further. Finally, the finishing touches included laying a final layer of cement on the inside floor.

The community is very pleased with the outcome, and is hoping to be moved up from “Case de Sante” status to “Poste de Sante” status, which would bring in more medical supplies and trained health professionals. This transition will be made easier now that people who come to the health hut seeking medical attention have access to sanitation.

We are grateful to Hilary for completing the project, and again express our thanks to her friends and family for providing the funding. 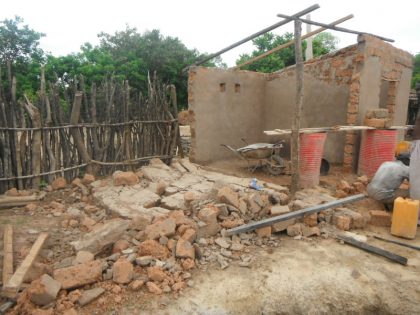