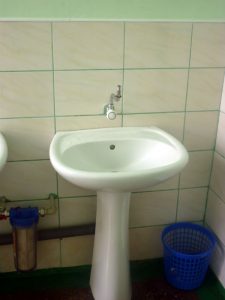 This project has been completed under the direction of Peace Corps Volunteer Laura Chaath.

The project was to provide safe drinking water and renovate the handwashing room at the school.

The project at Lyceum Erudite In Konstantinovka, Ukraine was completed. We now have 3 new handwashing sinks and one drinking fountain, with a filter.

Next the walls were prepared to be re-tiled. Tiles were laid and grout was placed in between them. The walls were painted light green and then pipes began to appear along the wall where the sinks were to be placed.

Then the bases of the sinks were installed followed by the vanities. A filter was installed for the water fountain. Faucets were the last step of the project to be placed.

The community and the school are very appreciative of your organization and thank you very much.

We wish to thank Laura for completing this project, and again extend our gratitude to The Soneva SLOW LIFE Trust for providing the funding. 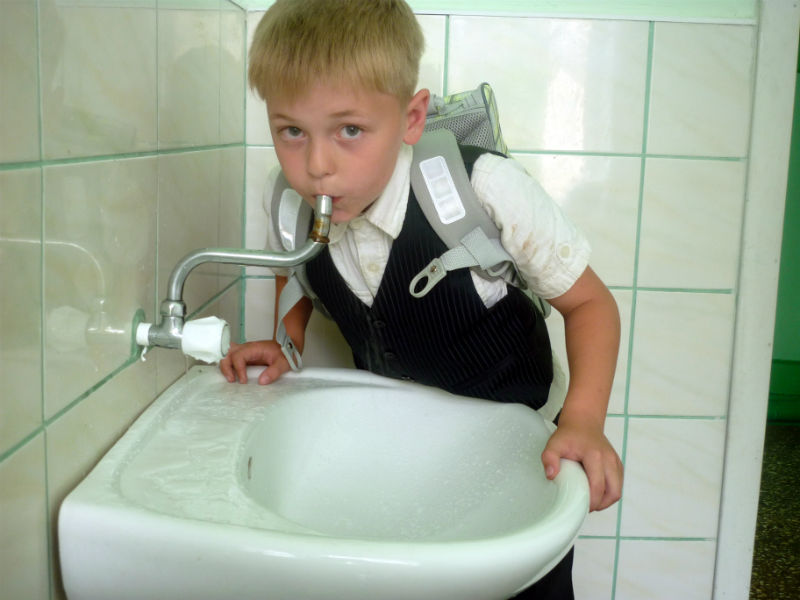 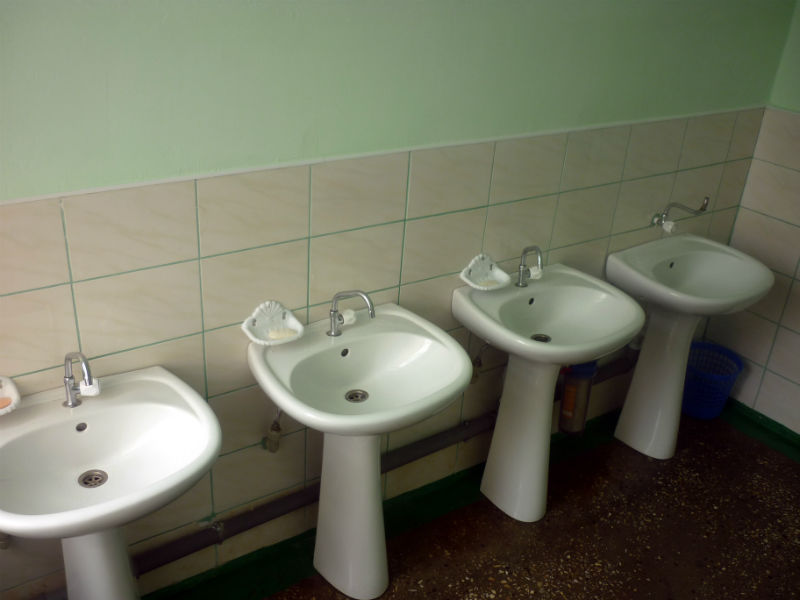