This project has been completed under the direction of Emily Lundberg, PhD., Country Director – The Gambia, and Ebrima Marong, Program Manager.  To read about the start of the project, CLICK HERE.

The Korop Basic Cycle School is a minor miracle and a major one for the people of Korop and its surrounding communities.

In a place where nearly no children went to school, there are now 175 children enrolled. 97 of them are girls; that’s 55%.

In three classrooms, there are six grades – two Early Childhood Development classes (ECD 1 and ECD 2), plus grades 1 through 4. Demand is so great that the school operates in two shifts (three classes each). The ECD classes are taught by different teachers; two other teachers share grades 1 through 4.

Water Charity supplied the funds for the community to build:

TOILETS. 5 toilets have been built – 2 each for boys and girls, and a single separate one for the teachers. The children’s toilets were supplied with “tippy tap” hand-washing stations. 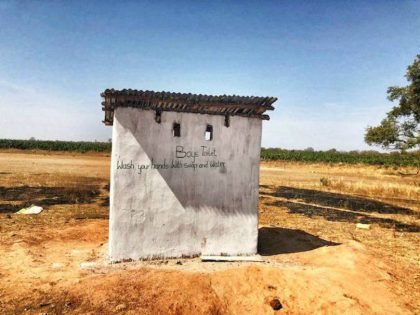 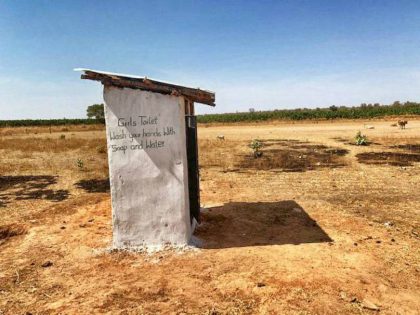 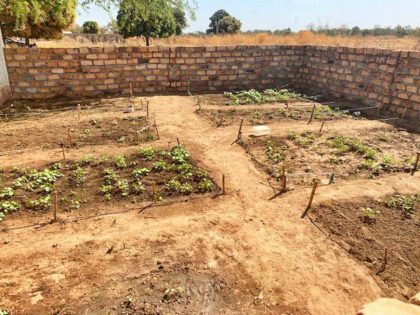 SCHOOL KITCHEN. A kitchen has been built and an application has been submitted to the World Bank for inclusion in their new program of hot school lunches for the school children (applications cannot be submitted until a kitchen built to their specifications (as this one has been) has been completed. In addition to tiled floors and a tiled serving area, a chimney has been built to minimize smoke pollution for the women cooking in the kitchen. A separate locked room has been included for supplies. 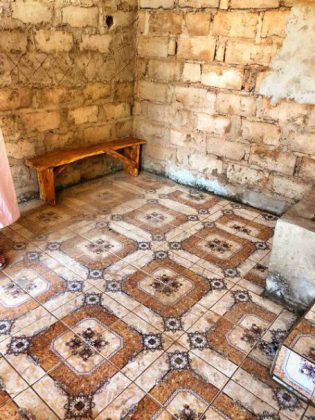 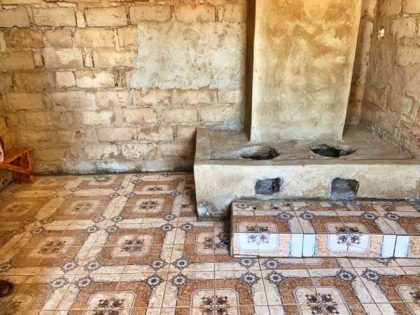 SCHOOL WELL. The school had an open well. It was considered dangerous to the children and so had been covered with thorn branches. The community cleaned it out, built a short wall around it, and a professional water team was brought in to cap it and to put in a German Mark II hand pump. This now can supply water to a) the children to drink, b) the kitchen for cooking, c) the garden, and d) the handwashing stations. 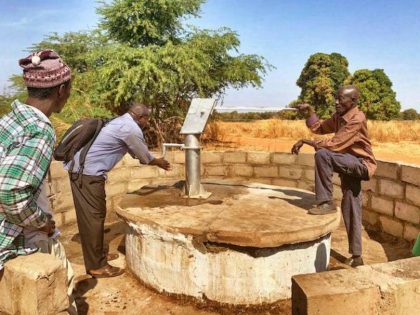 Note: Aside from the installation of the well pump, Water Charity supplied raw materials only: cement, timber, corrugate, etc. The community pitched in to do the rest; they built the bricks; they built the toilets, the garden wall, the well wall, and the kitchen. This is their school.

It was our hope that in a place where few children were going to school, a critical mass might be reached and going to school might become the norm. The signs are good: in grades 3 and 4 the enrollment is 20 and 22 children respectively. In the four grades from ECD1 through grade 2, none has fewer than 30. There can be little doubt that if they find support to build another classroom, that the school will have more than 200 children in the Fall of 2019. 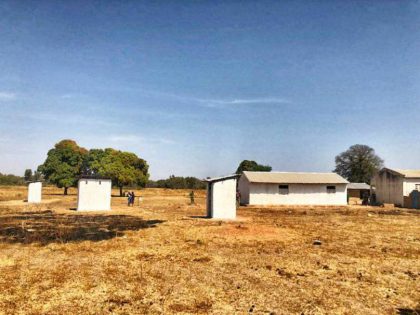