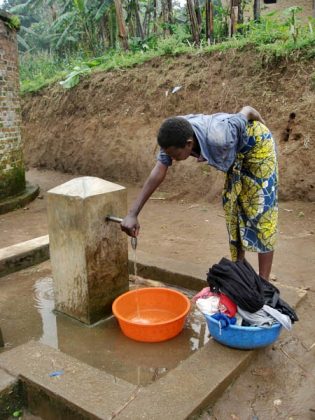 This project has been completed under the direction of Peace Corps Volunteer Trude Raizen. To read about the beginning of the project, CLICK HERE.

The project was to repair the pipes between the tanks, properly divide the water supply between the village tank and the health center tank, and replace faucets and valves to restore water to all taps in the village.

A visitor to the village will now see freshly dug areas in the valley where pipes were replaced. The replacements are buried deeper and the path of the pipe has been altered slightly so it is less vulnerable to exposure by erosion. 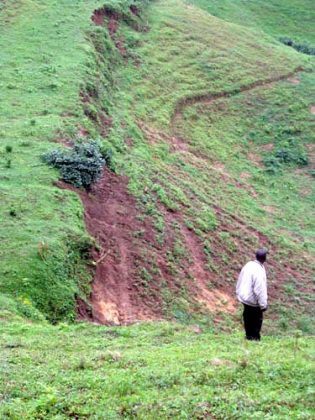 A tour of the village brings one down the steep hill, past all three now-functioning tap locations, which sport shiny new faucets. At the previously non-functional upper tap, women can now be seen doing laundry, and people fetch water from the taps closest to their homes.

The engineering problem has been repaired and water now flows into both the health center tank and village tank.

A village meeting was held to officially inform the village about the project and raise awareness about protecting the path of the pipe across the valley.

Kayihura, a village leader and the project implementer, has expressed gratitude on behalf of the village for the funds that have enabled long-desired but previously unaffordable repairs.

We extend our thanks to Trude for completing this project, and again express our gratitude to Ng Yit Chong and Trude’s family and friends for contributing the funds for the project. 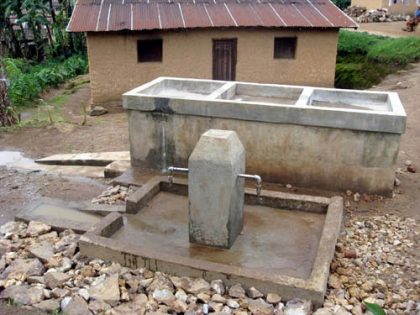 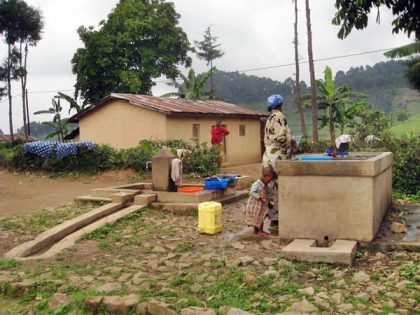