This project has been completed under the direction of Peace Corps Volunteer Rosanne Dunivan.

The project was designed to construct 16 latrines in the village.

With the project, 14 simple pit lined latrines were built, one for each family without a latrine. Each villager was responsible for digging a 2 m x2 m hole as well as bringing in rocks and sand to mix with the cement. This work was required before they were allowed to transport materials the 9 km from Keur Madiabel.

A mason was then brought in to bind the iron, mix the cement, and construct the latrine top. The villagers were then left to put up their own fencing around their latrine. After the latrines were completed, a lesson on the importance of having and using latrines, proper latrine maintenance, and diarrheal prevention was given.

A few minor difficulties occurred with several families in the village not be ready when they stated they would be, but for the most part the project went smoothly. One man was so excited about his latrine that the day after the latrines were built, I passed his house, and he had already constructed the fence around it, even though supplies for the fencing are short this time of year.

The village was incredibly grateful for the latrines. In a speech given by the chief, he emphasized how ashamed they were when guests came that they had to send them to the fields, and how wrong it was for the elderly in the village to have to walk such a distance. He also cited the difficulty when a person has diarrhea and is making constant trips, or during rainy season when a person could be soaked in a few minutes.

Thank you once again for all your hard work. I really appreciate the funding, as do the people who benefitted from the project. Before completing the latrines the majority of people were forced to defecate in fields, resulting in many cases of diarrheal illness. Now, everyone has access to a latrine.

We are grateful to Rosanne for promptly completing this project, and again wish to thank the Elmo Foundation, with help from Rosanne’s friends, for providing the funding. 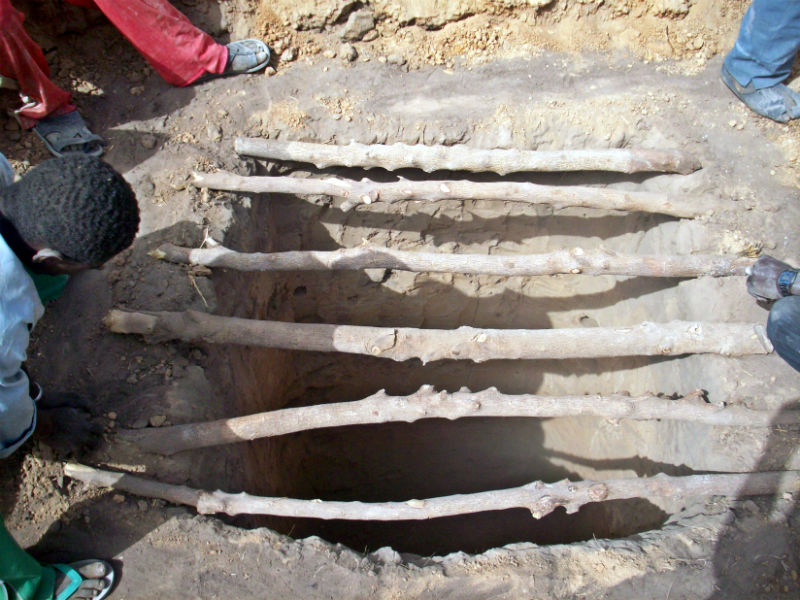