This project has been completed under the direction of Peace Corps Volunteer Erinn Kunik.

The project was to build a handwashing station at the Katesh Secondary School grounds.

We have finished the handwashing station project at Katesh Secondary School in Tanzania. It took longer than expected due to a switch in construction workers before we started to build, as the first construction worker had too high of a budget.

The tank and handwashing station were located next to the kitchen where the students receive their food, and also near the main water spout.

After a couple weeks of haggling the price down and signing work expectation contracts that the school wrote up, the workers were able to start. They took a week or so making the concrete bricks with a brick press, and then they were able to build the foundation for the water tank as well as the base of the handwashing station itself.

During the building process, water from the town water supply was unavailable for many of the days, so the school had to pay extra to buy water from outside to keep the bricks wet as they were setting. 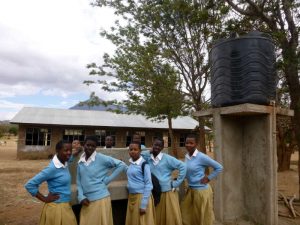 After the foundation was set, the water tank was placed on top and spigots placed in the station. Metal pipes were connected from the main water spout to the tank and from the tank to the handwashing station. Then plastic PVC pipes were placed under the spigots to collect the wastewater.

All of the plumbing is up and running, and the structure is in good condition to start being used by the students. Soap is being purchased and the headmistress is organizing a time after exams finish to have a session for the students on the importance of handwashing. Also after the exams, the students will be writing reminders by the entrance of the kitchen to wash their hands before they receive their food.

All of the teachers and students have voiced how impressed they are by the handwashing station, and after the district education officers visited, they also expressed how impressed they were and how they thought it showed that Katesh Secondary School was on its way to good improvements.

The district education officers and the Ward Executive Officer will be guests at the upcoming handwashing station celebration.

We are grateful to Erinn for completing this project, and again wish to thank her friends and family for providing the funding. 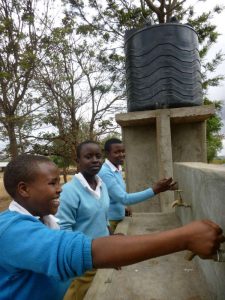 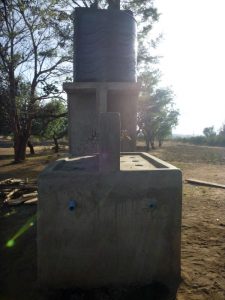