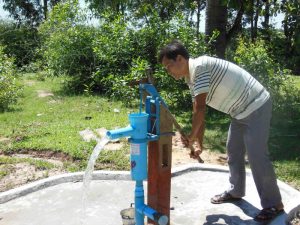 The project was to build a well at Hun Sen Sraw Maw Primary School.

I am pleased to inform you of the completion of the Sraw Maw Primary School Well Project.

Construction of the well began on August 1st, 2013 and concluded on August 2nd. There were no major obstacles in the process and the first drilling led to a successful well. The well is currently functional and should serve the students well when they return to school in one month.

Purchases such as the pipes, cement, well-head, hand pump, gas-powered pump and fittings were all completed before the first day of construction. The School Director and I coordinated on all purchases and payments to ensure no funds were wasted and that the school followed their agreement to spend over $50 of community-raised funds on the project. 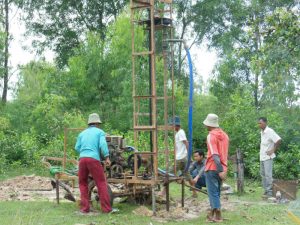 The faculty of the school as well a teacher from another school in the district attended and assisted in the construction of the well. They were needed to carry water and mud to and from the well site and also completed the cement and masonry work. Following completion of the well, the drillers were paid for their services.

The drilling was completed after 7 hours at which point the cement and masonry work began. The well reached the agreed depth of 40 meters. The well-head, pump and fittings were added and the well was functional by the end of the first day.

On the following day, the faculty returned to complete the cement and masonry work. By the end of the second day, the project was completed. The money was spent well and the well is functional as well as attractive. The water is clean and useable.

The gas-powered pump is currently being kept in a small locked metal cage within the school for safety reasons. It will be taken out in the morning on school days. When the school is not in session, the well can still be used with the hand pump.

The water will be used to fill the classroom filters, fill hand washing water basins, and to water a newly created student vegetable garden. The well will go on to benefit over 200 children per year as well as the faculty.

The school wishes to send their thanks on to Water Charity and all the donors that made this well possible.

I would also personally like to thank Water Charity who have assisted in improving the public schools and public health over the last two years in Rom Doul District, Svay Rieng Province, Cambodia and around the world for much longer.

As I complete my 2 years of service in Cambodia, I look forward to supporting Water Charity and its Appropriate Projects initiative with donations in the future as I continue in my career.

We extend our deepest gratitude to Christopher for completing this project, his fourth in partnership with Water Charity, and wish him the best.

We are grateful to the Elmo Foundation for providing the major funding for the project. 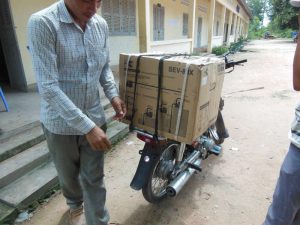 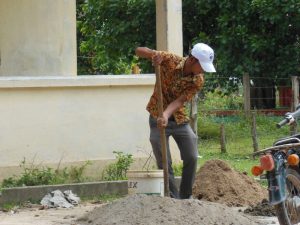