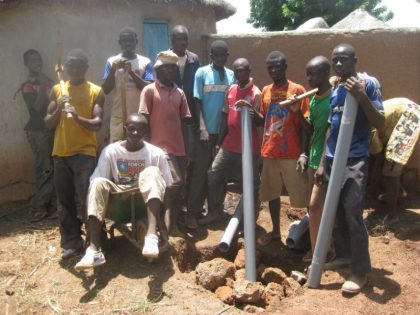 This project has been completed under the direction of Peace Corps Volunteer Katie Kirouac. To read about the beginning of the project, CLICK HERE.

The project was to build soak-away pits at twenty households in the Gushie community.

During the past week, we completed the soak-away pit project in Gushie, N/R, Ghana. Through the money that was provided, we purchased supplies, including a wheelbarrow, tools, cement, and pipes for the construction of the pits. We were also able to sponsor 3 community educational meetings to teach community members about proper water waste management, waterborne illnesses, and malaria prevention.

Where possible, community members were encouraged to use local materials such as field rocks, and incorporate already existing pipes and drainage systems into the new pits. In each location, stagnant pools were drained and new pits were dug, which varied in size depending on the number of people the pit was intended to support.

Many of the houses did not have any sort of pipe or means of drainage, so we installed pipes and re-cemented and sealed bathing rooms as necessary. We then connected these pipes to the pits and filled the pits with the rocks that we had collected, starting from the largest rocks on the bottom and placing the smallest rocks at the top of the pit. We used the excess dirt to fill in surrounding areas and cover any remaining stagnant water.

The community was extremely responsive to this project during both the preparation/education phase and the actual implementation of the project. Members of each household directly affected by the project prepared the areas for the pits by removing debris and trash and assisted in the digging and collecting of rocks.

On the second day of construction, several members of the community approached us as we were digging pits and asked us to assist them in building pits at their homes as well, which was a huge indicator for us that the project was well-received by the village. By the end of the second day, we even noticed two compounds in which people were apparently inspired by the pit construction and started their own soak away pits for their bath houses.

In several of the households, we were not able to collect enough rocks during the day to fill the pits, but members of these households offered to collect more rocks and finish the pits themselves, which was also a great sign that the community was taking ownership of the project and were committed to the work being done.

Thank you again for the support of Water Charity to help us accomplish this project and provide health-improving assistance to the community. Or as we say in Dagbani, our local language, “Naawuni ni song tuma!”

We wish to thank Katie for completing this project, and again extend our gratitude to The Soneva SLOW LIFE Trust for providing the funding. 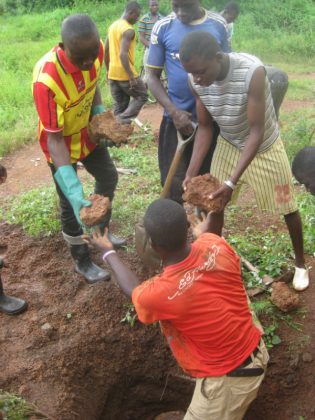 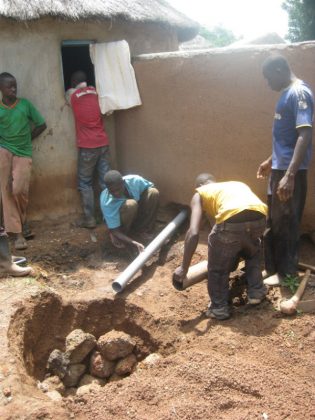