This project has been completed under the direction of Peace Corps Volunteer Talia Langman. To read about the beginning of the project, CLICK HERE.

The project was to repair the piping supply system and replace the water fountains at the school. 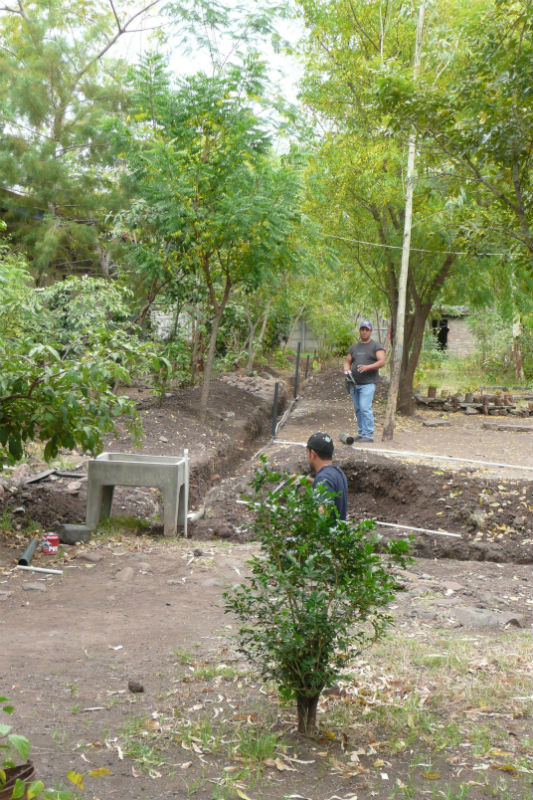 On November 19, 2012, a meeting was held with the Director and sub-Director of EMERD, parental leaders, and me in order to discuss the plans for repairing the school’s water system. At the end of the meeting, letters were distributed to each student to inform their parents about the project and the need for participatory action in excavating the old pipe system.

From November 20 – 21, approximately 20 parents participated in the excavation process, which would provide the access for the installation of the new piping.

A break in the work schedule was taken from November 22 – 25 for the Thanksgiving holiday.

On November 26, the Director of EMERD and I traveled with the local Ministry of Health’s vehicle to the nearby municipality of Condega to purchase supplies for the project.

From November 27 – December 6, hired technicians installed the new piping and made improvements to the water fountains.

On December 7, the parents who had excavated the old pipe system returned to fill in the excavation with dirt.

The water system was officially inaugurated at the sixth grade graduation ceremony on December 11.

We are grateful to Talia for completing this project, and again wish to thank the Paul Bechtner Foundation for providing the funding.